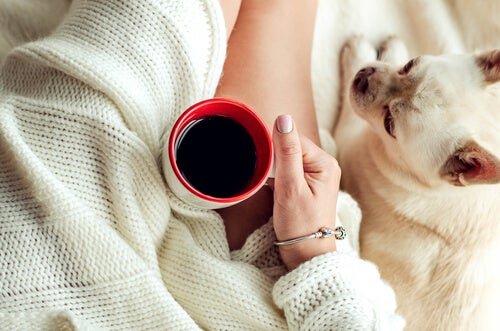 Call it what you’d like: laziness, apathy, lack of motivation, idleness… Maybe this isn’t your problem, but instead you’re so overwhelmed and overloaded that the outlook paralyzes you. But in the end, whatever the result, it is always the same: immobility when faced with the pending tasks.

The result of this laziness, of not doing what we have to do or doing it reluctantly, has a direct impact on our quality of life. In addition, the guilt affects our self-esteem.

We all know this feeling in many senses, although we do not always know it well and identify the group all in the same bag. In the background, the strategies to overcome the situation, regardless of whatever is behind it are the same. Defeating laziness is much easier than it may seem. You just need to make the decision to do so and implement some simple strategies.

How to overcome laziness?

There are many ways to overcome laziness. Some methods require analyzing what the real problem is or setting specific objectives to set a goal to serve as a light. However, not everything in life is so complicated.

The following strategies will serve you in any situation. Start here to get quick practical results. The advantage of what you will see next is that you do not have to start thinking too much, so you can automate the system for all those times when you need to get something quickly.

As obvious as it may seem we must remember that to do something you have to start by doing it. Don’t think about it, but rather we must begin. Carefully read this riddle proposed by Ana Moreno: “There are three birds in a tree and two of them decide to jump. How many birds are there now? ”

There are still three birds. Those who think about jumping but don’t jump will remain on the branch. The same goes for laziness.

The problem is the blockade that accompanies laziness: Where do I start? Don’t complicate your life. Start the simplest thing. And if everything is the same, simplify your choice by doing what comes first. It is not the best way to organize yourself, but the most effective way to start is by doing something.

Another major problem that blocks us and puts us into lazy mode is that the tasks are so large that they overwhelm us. To get out of this, it is best to divide the tasks into smaller ones to reduce the pressure and keep us motivated.

This requires some thought as to what to do, but it’s not so difficult. Divide the task into 3, 4 or 5 parts (as many as you need, but it shouldn’t be many). If this is still overwhelming, take the first part and divide it again, leaving the rest for when it’s time for them. If it’s still a lot, divide it again until you can start with something you can digest and feel confident about.

Ideally for good results you would divide everything into small parts and plan their development. This in itself can be a daunting task. But we are talking about overcoming laziness, not achieving maximum productivity and efficiency, so this is enough for the moment.

Sometimes we are in chaotic situations with a lot of work to do. It is very hard not to lose track of all the work that needs to be done. How can you start with the simplest thing if you don’t know what to do? And let’s not even talk about going step by step because each task is independent.

To fix this, sit for a moment and write down what you have to do on a list in the format you like: write down everything on paper or on independent notes that you will place on a board, for example. Give yourself this moment to define what you have ahead.

With this list you can decide. Eliminate redundant tasks and leave the less urgent tasks for another day. Then, take the simplest task, which takes you the least amount of time and make that the first step. Then, step by step, go forward in the list. Do not judge, do not try to take on the whole problem intellectually. Simply move forward by crossing out or removing what is done.

Visualize the benefits of a completed task

If you are too lazy to do something because the effort involved, think about what will happen when it’s done. Visualize the result and enjoy it. This will fill you and restore your energy and motivation. Visualizing completed tasks helps you to overcome the inner resistance that was preventing you from engaging in these tasks.

Usually distractions are the source of laziness and the only reason we decided to postpone tasks for another time.

Whatever it is that distracts you, remove it. Make sure once you’ve started with one task there is nothing to distract you. You know perfectly well what it is. For this you will not have to do a great exercise of self-exploration.

The routines are like a spider web that grabs you and will desensitize you. In the end, you live simply with resignation. See more

Link copied!
Interesting Articles
Psychology
What is the Link Between Emotions and Food?

Our emotions have a lot of power over what food we eat and our other eating habits. For example, it…

Psychology
The Theory of Machiavellian Intelligence

The theory of Machiavellian intelligence is also known as the social brain hypothesis. It explains why the human brain has evolved…

Maintaining friendships as an adult can be difficult for many people. The first step is to understand the new "rules…