The Strength for Change Comes from Inside 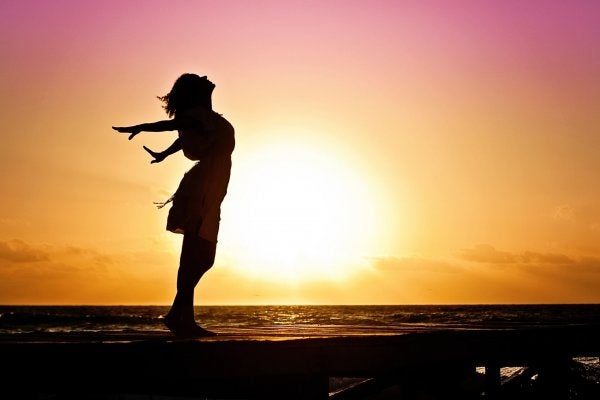 Sometimes, life can lead us down a negative path. We feel frustrated, disheartened, like nothing is going well, and we don’t know how to make a change.

When we feel lost like this, when depression or other problems plague us, turning to a psychologist is an option. However, what can actually guarantee that will give us a solution to the problem?

“Nobody can put themselves in a psychological prison; we are all already there.”

Going to a psychologist can be very helpful and advisable in many cases. But if you’re not open to trying therapy or have already tried and it didn’t work, you might try discovering your own inner psychologist.

You know yourself better than anyone else

When we reach out to a psychologist, he or she must first get to know us. Unless it is someone we know, or someone from our own family, a psychologist knows absolutely nothing about us.

Despite that first feeling of discomfort from having to tell a stranger everything, this can also be therapeutic. Talking about ourselves makes us reflect on our life. It makes us remember the moments we thought we had forgotten.

This will all be very important in trying to resolve the problems that befall us now and in the future. But, despite all this, a psychologist will never get to know us as well as we know ourselves.

Talking about ourselves is a difficult process, and some people resist it. Very few people know absolutely everything about us, and surely, some things will escape us!

Feelings, thoughts, dreams…Those are the things that we alone know about ourselves, and that we might not share with anybody. When going through a difficult time, we know better than anyone else our reasons and reactions for doing or saying something.

“He who knows himself is his own master.”

There are certain things about us that we don’t want anybody to know. Maybe the problem we have today is related to a certain guilt that embarrasses us. Maybe that is something you don’t want to share with a psychologist.

However, being able to share everything and not hold anything back is an important part of the process that can affect the success of the therapy.

In therapy, one must be totally sincere, but there is no greater sincerity than that which we confess to ourselves.

Nobody said change was easy. But anything worth doing takes effort. The first thing we should do is change our mindset to think more positively.

With positivity, we can try to overcome and change the difficulties we are experiencing. In order to do that, it is necessary to be aware of what exactly we are going through.

A psychologist can help us, but we have to believe in the problem and truly want to overcome it. If we aren’t able to do that, then a psychologist won’t be able to do anything for us.

Imagine this situation: someone suffering from anorexia. Often, anorexia implies that there is a deeper problem. Not eating doesn’t necessarily imply that the person thinks they are fat. Rather it is a type of “self-harm“ used as a defense mechanism in the face of something emotionally painful.

The person may know they are thin, but they want to be even thinner. They are destroying themselves. This is a sign they are suffering from something much more complicated.

This person can go to a psychologist, or can even ask someone they know for help. They know they have a problem and seek out help to overcome it. But should all of that be left in the hands of a psychologist? No.

Only the person with the problem will be able to exert the necessary amount of effort to be able to overcome it. Only she (or he) can take the initiative to be able to change.

“A little more persistence, a little more effort, and what would seem to be a hopeless failure can become a glorious success.”

So, each and every one of us can all become the best psychologists for ourselves. These doctors can help us, guide us, and open our eyes… but they’re not miracle workers. They can’t make us change. The strength for change, the effort, is up to us.

After reading a book, watching a movie, listening to the news, or talking about a tragic event, you're more likely to be afraid that it will happen to you. For…

Psychology
Does Depression Cause Fatigue?

People with depression are more vulnerable to fatigue. Simple chores, like bathing and getting out of bed, may require more…

Psychology
You Need to Accept Reality

When you're faced with something you don't like, you can respond in different ways. You can complain about your bad luck, work to change it, or accept it and work…