Stop Trying to Be Psychic and Guess What People Are Thinking 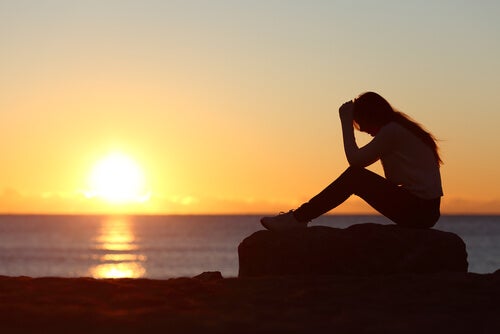 Cognitive psychology has taught us that how we think about what happens to us affects the way we feel. In scientific literature, we can find many examples of patterns of maladaptive and erroneous thoughts that people maintain, despite their lack of logic, utility, and above all, the suffering that they provoke.

In this article, we’ll focus on one of the most extensive dysfunctional thoughts: arbitrary inference, or the psychic’s mistake. Here’s an example:

Carla has started a job at an important business in her city. It’s the job of her dreams, but it’s not always comfortable. She believes her coworkers haven’t accepted her and that they talk about her behind her back.

We’ll pause the story for a moment…What is our protagonist doing? Clearly, she’s jumping to conclusions that she can’t validate or demonstrate in any way.

Well, they were looking at her sideways! So? Surely they were doing it because she was also looking at them while they were laughing, thinking they were criticizing her.

Carla is only hurting herself by thinking this way. She’s causing herself a lot of anxiety and she’s about to make the wrong decision because she sees things this way. She’s demonstrating a typical paradoxical effect seen in psychology: she’s so afraid that they’ll criticize her and she’ll lose her job that she’s going to be the one to take the step and leave the job, which means she’ll definitely lose it.

This story about an illogical way of thinking is more common than we think. We have a tendency to protect our ego at any cost and jump to conclusions about isolated events. We tend to distort reality, which causes a disproportionate emotional reaction.

It’s so important to learn to think straight!

Thinking appropriately does not mean being optimistic or positive or seeing the world through rose-colored glasses; that would be even worse! We’d be deceiving ourselves and ultimately we’d be stuck with the same issue.

Thinking appropriately involves learning to see life through clean glasses and perceive the world the way it is, without distorting reality, without making up stories that are only real in our minds.

To be more realistic and rational, Carla should think more scientifically and stop to contemplate all of the possible alternatives that two people could be laughing about.

First of all, it wouldn’t be logical or rational to try and guess what other people are thinking. We aren’t psychic! Second of all, even if Carla’s guess was correct, it wouldn’t be as terrible as she thinks. What’s so awful about criticism? It can be somewhat annoying and unpleasant, but it’s nothing to be so dramatic over!

Therefore, avoid automatically creating such unnecessary tension. You are not a psychic. You must learn to stick to the facts and not let yourself get carried away with unfounded interpretations, those that aren’t valid unless you can demonstrate them. In the meantime, relax and live the life that’s coming to you.

Link copied!
Interesting Articles
Psychology
When Your Own Fear Scares You

Fear is a necessary emotion that has helped the human race survive adversity throughout history, both personal adversity and the kind that has framed the course of our species. It's an…

Psychology
Persistence is the Food of Dreams

Nothing in the world can replace persistence, not even talent. It is the quality that gives consistency to a person's…