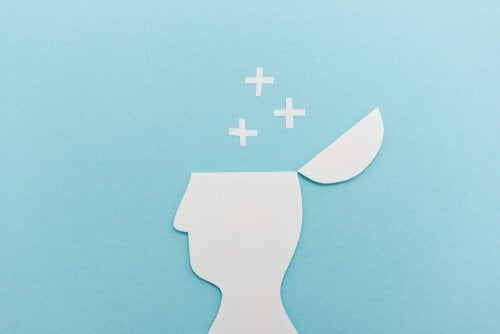 Although most people have a pretty clear idea of what intelligence is, it has been defined in many different ways over the course of history. Also, many experts such as Binet, Weschler, Spearman, Catell, and Sternberg have developed theories about intelligence.

Today, we’re going to focus on the work of Robert Sternberg, a psychologist and professor at Cornell University. Sternberg defines intelligence from a cognitive psychology point of view. To him, intelligence is “a mental activity directed toward purposive adaptation to, selection and shaping of, real-world environments relevant to one’s life”.

In other words, Sternberg believed intelligence is the relationship an individual has with their context on a cognitive level, with the objective of adapting and/or changing said context.

Sternberg didn’t stop there. He also developed a theory called the triarchic theory of intelligence, in which he describes three types of intelligence:

“Intelligence is the ability to adapt to change.”

The Fundamental Principles of the Triarchic Theory of Intelligence

As we mentioned above, Sternberg laid out three types of intelligence: analytical, creative, and contextual. Each type of intelligence is part of three partial sub-theories which complement each other: componential, experiential, and practical.

“A wise man will make more opportunities than he finds.”

The relationship between intelligence and the individual’s inner life: The components of intelligence

The triarchic theory of intelligence describes the relationship between intelligence and an individual’s inner life through the components of the mental processes that are involved in thinking:

These components are highly interdependent and together form what the author calls analytical intelligence.

The relationship between intelligence and individual experience

The three types of information processing components apply to tasks and situations that vary in terms of individual experience levels. When you do something for the first time, it’s new. However, if you continue to do it, it becomes automatic.

The context of intelligence: Functions of mental self-governance

Sternberg’s theory defines day-to-day intelligence as the selection and modification of real-world environments that are relevant to our lives and skills, always with an adaptive end in mind.

First, the brain chooses adaptation. If that doesn’t work, it moves on to selection or change. That leads us to Sternberg’s last type of intelligence, which is contextual intelligence.

“Is there anyone so wise as to learn by the experience of others?”

Intelligent People Seek the Experiences They Want to Have

These three types of intelligence help each person develop emotional, cognitive, and other skills in their day-to-day life.

Having access to multiple theories of intelligence can be very useful, as they allow you to see it in many different ways. Understanding these theories might be especially useful for educators, as they can apply this kind of knowledge in the classroom to improve the learning environment and motivate their students.

Emotional Intelligence in Sports: How Does it Help You?
An athlete's mindset plays an important part in their performance. Emotional intelligence in sports helps to deal with the stress of competition. Read more »
Link copied!
Interesting Articles
Educational Psychology
The Pros and Cons of Permissive Parenting

Children want to learn new things. Their entire reality consists of constant discoveries in a world that's new to them.…

"I can't stand it when my child throws a tantrum" is a common statement parents say in family therapy consultations.…