Why Stay in a Relationship You Don't Want to be In? 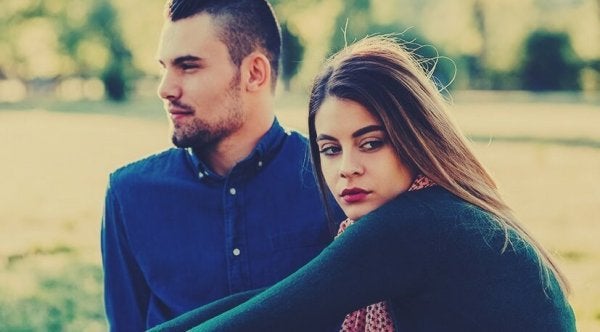 If you’re in a relationship, there’s always a possibility that you’ll start wondering if you should stay in it or give up. Discomfort, sadness, loneliness, or a feeling of emptiness can all become unbearable. It doesn’t always matter that you have this other person. So why stay in a relationship you don’t want to be in?

If you look at these kinds of situations from another perspective, you’ll probably realize how much damage you’re doing to yourself. This is a great opportunity to change your perspective on things. Even with other kinds of relationships, like friends or family, sticking with things and watching everything crumble around you (including yourself), might seem unnecessary if you look at it from another angle.

From that point of view you can see everything clearly, and sometimes so can the other person. But so many people go back to the relationship like nothing happened in the first place. They act like there was no suffering, no hurt feelings, and no constant criticism.

A lot of people stay in a relationship even though they’re not happy because they think it’s what they’re supposed to do. Throwing in the towel from the start isn’t an option, at least in their mind. Doing that would be like admitting failure.

People used to stay together more

You’ve probably heard this kind of thing plenty of times. It was most likely someone older who said it, or maybe even someone your age. But if you look back, it seems like people saw sticking with a relationship even if you weren’t happy as a major achievement. It was like you would get some kind of medal for making it across a path filled with obstacles. Whoever could stay together the longest would win.

Nowadays, the number of separations and divorces has gone up. A lot of people don’t hesitate to wave goodbye to a relationship that isn’t working. But there are still a lot of other people who think that sticking with a relationship is a positive thing. It might be because of our ideas about romantic love. We see putting up with unhappiness or discomfort as a proof of our feelings. It seems like those kinds of ideas are still alive and well in a lot of people’s belief systems. They think that just letting time go by will solve problems on its own. The thing is, what you really need to stay together is commitment, mutual feelings, and a desire to keep going and grow for each other’s well-being.

What do we mean when we say “stay together”?

It’s not exactly a clear term, so we’re going to be more specific about what we mean. We’re not talking about times when you have to make an effort or when a problem has come up in the relationship. We’re talking about putting up with things that you shouldn’t have to put up with. So it’s important to be able to pick out the situations where trying to do this, being there, and making an effort to stay together can actually work out.

These are just a few examples of issues that can come up in any relationship. They don’t have to lead to a breakup, you can always solve these issues with effort or outside help. But there are also other kinds of issues where the best thing for you to do is get out of the relationship as soon as possible.

Staying in a harmful relationship

Being in a relationship where there’s a lack of passion or bad communication is worlds apart from being in one that makes you suffer. You can get through the first kind, it just means taking action and putting in some effort. But with the second kind, the best thing you can usually do is cut things off before they get worse. This is even truer if it’s interfering with your freedom and happiness.

There are times when you stay in a relationship even though you have moments of clarity where you see you’d be better off without the other person. These are usually situations involving infidelity, abuse, manipulation, lack of respect… They’re the kinds of relationships where there’s a high risk of the other person trampling all over your self-esteem and dignity if they haven’t already. But there you are, trying to hold together something that’s falling apart all around you.

There are times when you might think you need to stay with someone even if they taunt you, manipulate you, or don’t respect you. You wave all that away and justify everything because you’re in love with them, because you’re dependent, or simply because you think you don’t have any better option.

The reasons you stay in the relationship

There are also times when you stick through these situations because you think they’re synonymous with love. You might even start to believe in the idea that “love hurts“, like in the famous song. But that’s just not what love is. It has nothing to do with that.

If the relationship you’re in is full of torture, is energy draining, and makes you suffer constantly, do you think it really is love? Or is it actually that you’re letting the other person continue to hurt you?

No one in their right mind seeks out pain. When you accidentally put your hand too close to a fire, you immediately pull it away. Yet when you’re in a burning, harmful relationship, you stay right there and plant your feet.

It’s extremely important to question your own beliefs about love, change your perspective about it, and try to cultivate your self-esteem. This is the best way to have healthy relationships where you stay together out of happiness, not a misunderstanding of what love really is.

Now we want you to really think about this: what have you put up with in the name of love?

Choose Love Without Pain
Are we perhaps we expecting too much of a loved one? Why does this happiness suddenly turn into pain? Today I want to choose love without pain, but how? Read more »
Link copied!
Interesting Articles
Wellness
8 Things You Have to Stop Doing to Feel Good

We usually make countless promises to change our lifestyle and to feel good about ourselves. It is important to follow through…

There are moments that are saved in our memories forever, even if they only lasted an instant. Seconds that we…

Do you think we're born with a certain level of self-esteem? Do you think that loving yourself is important in day to day life? Is it possible to influence your children's self-confidence?…

Personal Development
Dear Me, I'm Sorry I Hurt You

Dear Me, I'm sorry I hurt you. Now that you're in front of the mirror, and I'm brave enough to look at you, I want you to listen to me.…

A while ago, I found an image on social media that I loved. It was a woman's old photo, and…