Søren Kierkegaard - The Story Behind the Existentialist Philosopher and Writer

6 minutes
Did you know that Søren Kierkegaard was a Danish philosopher, writer, and critic? He had a major influence on existentialism and Protestant theology. Intrigued? Read on to learn much more about this prolific figure.

Written and verified by the philosopher Laura Llorente.

Søren Kierkegaard was a Danish philosopher, theologian, writer, and cultural critic. He was born in 1813 in Denmark and died in 1855. He had a major influence on existentialism and Protestant theology in the 20th century. Secondly, he was a profound writer of intellectual and artistic activity. His work crossed the boundaries of philosophy, theology, psychology, literary criticism, devotional literature, and fiction.

Søren Kierkegaard’s powerful speeches socially criticized and renewed Christian faith within Christendom. At the same time, he made many original conceptual contributions. Likewise, his contributions to modernism development are as important as his stylistic experimentation.  Besides, his vivid representation of biblical figures brings out their modern relevance.

Most importantly, the key concepts he invented have been explored by thinkers worldwide. Since then, his interventions in contemporary Danish church politics and his fervent attempts revitalized the Christian faith. Did you know that Søren Kierkegaard was an outsider in philosophical history? In fact, the world now considers this religious author the first existentialist philosopher.

He wrote critical texts on religion, Christendom, morality, ethics, psychology, and religious philosophy. Of course, Kierkegaard’s innovative pieces display a fondness for metaphor, irony, and parables. Moreover, much of his philosophical work deals with the issues of how one lives as a “single individual”.

It prioritizes concrete human reality over abstract thinking and highlighting the importance of personal choice and commitment. The existentialist was utterly against literary critics defining idealist intellectuals and philosophers of his time.

Most importantly, he attacked the literary, philosophical, and ecclesiastical establishments of his day for misrepresenting the highest task of human existence. Namely, becoming oneself in an ethical and religious sense as something so easy, seeming accomplished. Positively, the heart of Søren Kierkegaard’s work lies in the infinite requirement and strenuous difficulty of religious existence.

What exactly is existentialism?

Existentialism refers to various philosophies, most influential in continental Europe from about 1930 to the mid-20th century. Believe it or not, Søren Kierkegaard was the first to mention such theories one century ago. It’s no surprise that the world knows him as the “father of existentialism”.

Therefore, it’s also the investigation of the meaning of Being. That investigation continually interfaces diverse possibilities, from among which the existent. For example, the human individual must select, to which he must commit himself. Because those possibilities are constituted by the individual’s relationships with things and with others, existence is a being-in-the-world.

For instance, in a concrete and historically determinate situation that limits or conditions choice. Thus, according to Martin Heidegger, we define that “being” because they exist, or are in the world, inhabiting it. Likewise, starting from such bases, existentialism takes diverse and contrasting directions. It insists on the transcendence of Being regarding existence.

Besides, by making transcendence the origin or foundation of existence, it assumes a theistic form. On the other hand, existentialism holds that human existence poses itself as a major problem. In consequence, it projects itself with absolute freedom, creating itself by itself.

Thus, it assumes itself as the function of God. As such, Kierkegaard’s theory presents itself as a radical atheism. Or it may insist on the finitude of human existence. For instance, on the limits inherent in its possibilities of projection and choice. As such, existentialism presents itself as humanism.

In Søren Kierkegaard’s lifetime, there was a simple religious scheme of two stages. The fundamental distinction is now between objectivity and subjectivity, with two examples of each. Firstly, objectivity is the name for occupying oneself with what’s out there. This instantly exempts oneself from the strenuous inward task of being a self in the ethnic-religious sense.

Thus, the system is never quite able to complete itself. Objective knowledge’s goal is legitimate, but it can never be more approximate. Reality is a system for God but not for any human knower. Secondly, speculative philosophy delivers what it promises. Becoming a self in this way is called existence, inwardness, and subjectivity. This use of existence for the finite, human self that’s always in the process of developing.

Subsequently, this became the birth of Søren Kierkegaard’s existentialism movement . Likewise, these subjectivity modes aren’t the ethical and the religious stages. One doesn’t become a self simply through successful socialization. Besides, the Danish philosopher treats ethics as already recontextualized in a religious, rather than social, context.

Therefore, the two modes of ethnic-religious subjectivity are “Religiousness A” and “Religiousness B”. Likewise, the latter turns out to be Christianity. This doesn’t prove that the former is some other world religion. It’s rather the generic necessary condition for any particular religion. As such, is available apart from dependence on the revelation to be found in any religion’s sacred scriptures.

The controversy behind his writings

“Christianity demands the crucifixion of the intellect.”

Not only was Søren Kierkegaard a philosopher, but he was also a theologian. Besides, he was an existentialist, both atheistic and theistic variations. Kierkegaard was a literary critic, a social theorist, and a humorist. Lastly, he was a psychologist, poet, and writer. In fact, he wrote many pieces in his life, including the 1846 novel Two Ages: A Literary Review.

Søren Kierkegaard said that his writings as a whole are religious, belonging to the prophetic traditions. Religious beliefs are now the basis for a critique of the religious communities professing them. Therefore, the theologies Kierkegaard influenced go beyond metaphysical affirmation and ethical instruction to a critique of complacent piety.

Likewise, German phenomenologist Heidegger attacks how people make life easy for themselves, doing what “they” want. Besides, Jean-Paul Sartre , atheistic existentialism leader, also attacks them for indulging in “bad faith”.

We hope Søren Kierkegaard’s controversial life, philosophies, and existentialist writings truly inspire you. In short, Kierkegaard was the most prolific writer of the Danish Golden Age. 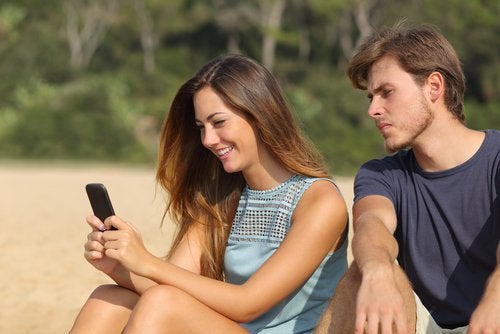 The Roots of Jealousy
Jealousy does not demonstrate love as we have been lead to believe. It is an emotional response to the fear of losing what we are convinced belongs to us. Read more »

The contents of Exploring Your Mind are for informational and educational purposes only. They don't replace the diagnosis, advice, or treatment of a professional. In the case of any doubt, it's best to consult a trusted specialist.

Written and verified by the philosopher Laura Llorente.

Interesting Articles
BiographiesMy Mind and Me: Selena Gomez and Her Psychological Battles
BiographiesWilliam Stern, the Creator Yet Fiercest Critic of the Concept of IQ
BiographiesSophie Freud: The Granddaughter Who Challenged Her Grandfather
BiographiesJohn Bowlby: Biography of the Founder of Attachment Theory
BiographiesElisabeth Kübler-Ross: The Psychiatrist Who Taught Us About Death
BiographiesEdith Eger: The Story of a Survivor
BiographiesDora Maria Kalff, Biography of a Jungian Heiress
BiographiesThe Traumatic Childhood of Marilyn Monroe