Somniloquy: Talking in Your Sleep 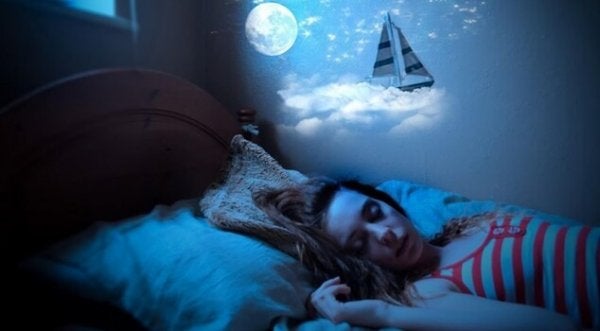 Has anyone ever told you that you talk in your sleep? Somniloquy is a sleep disorder that causes people to talk in their sleep. Curiously, it’s much more common than we think, although it manifests itself differently in every person. Some people make unintelligible sounds, but others are able to say isolated words…

Either way, those who talk in their sleep are usually worried they might accidentally reveal a secret. But can a person with somniloquy carry on a coherent conversation with another person? Could you coax answers out of them that they would never consciously reveal?

Somniloquy can occur several times during sleep, though it tends to be brief.

What exactly is somniloquy?

Somniloquy is a parasomnia that tends to be more common in young people. It may also occur if the person is suffering from stress, anxiety, fever, or a kind of mood disorder. The reason for this sleep alteration is a malfunction of certain brain areas during their activation or inhibition.

Different areas of the brain are activated or inhibited as we pass through the different phases of sleep. There are 5 in total: drowsiness (phase 1), light sleep (phase 2), deep sleep (phases 3 and 4), and REM (phase 5).  The last phase is when somniloquy can occur, though it can also happen in phases three and four.

Talking in your sleep isn’t serious, it is completely harmless.

But can we carry on a coherent conversation with someone who suffers from this particular alteration of sleep? The answer is, “it depends”. There are people who are able to talk in short speeches. Others seem like they are having a conversation with someone who is responding to them in their mind. In these last examples, we could test them by asking them some question. But are they responding to what we say?

Many people with this particular sleep disorder have to deal with people around them making fun of them. It makes them worry that someone might have asked them something and they responded too honestly. They worry that others might find out their deepest secrets. However, if you ask them what they asked or what the sleeping person responded, they won’t have an answer.

That’s because the sentences, words, or monologues that the sleeping person says don’t usually respond to any exterior stimuli. They are a product of the unconscious and perhaps a dream that the person is having at that moment. We may ask someone with somniloquy a question and he responds, but the most likely scenario is that the answer is incoherent and out of place.

Let’s look at an example. A woman is sleeping in the living room and her friend is next to her. All of the sudden, she seems to mumble something and her friend says, “what?” The woman starts talking again, a little louder this time.

Her friend gets closer, asks the question again, and listens to the barely audible answer, “soundtrack.” No matter how many times her friend asks what that means, she’ll probably just repeat the same thing or simply not answer.

This situation is revealing because people who interact with a person with somniloquy tend to repeat the same question over and over. That’s because the sleeping person barely enunciates their words and they’re hard to understand. Also, those who’ve done this say that the most common response of the sleep talker is to just turn over and keep sleeping.

Is talking in your sleep bad?

One of the problems with sleep talking is if a person’s significant other says a name or complete sentence while they are sleeping that could be misinterpreted. What sleep talkers say doesn’t necessarily mean anything. In fact, it’s very likely that it makes no sense at all. Nevertheless, this misunderstanding can cause problems in a relationship.

Other times yelling, crying, or other emotions that the sleep-talker expresses can make sleep difficult for those around him, or scare them. If that is the case, experts recommend relaxation exercises and getting enough rest. In general, these types of episodes aren’t frequent and tend to last only a minute or two.

50% of children talk in their sleep, while only 5% of adults are sleep-talkers.

Do you suffer from this sleep disorder? Do you know someone who does? If the answer is yes, you can rest easy knowing that no one will make you reveal your deepest secrets.

Saying the last goodbye or ending a stage that was important is always rather difficult. Even more so now that we live in a society where we deny death, dodge…