Sometimes You Win and Others You Learn 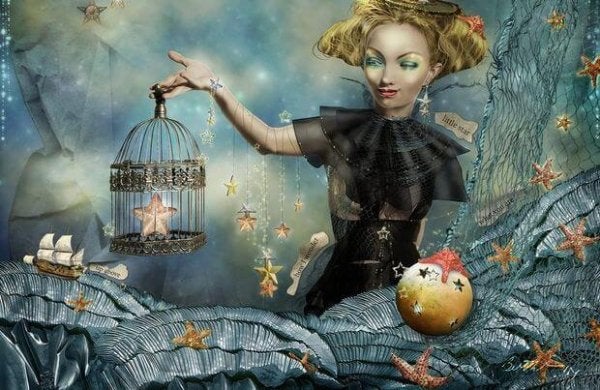 They say that losing doesn’t count as losing if you learn from it, and that’s completely true. You’ll only be beaten if you allow it: if you don’t, you take advantage of that loss to learn something new about yourself, what you’re missing, and what you have too much of.

Sometimes you win and sometimes you learn. No one has ever gone through life without knowing defeat. In fact, many of life’s greatest feats have been an escalation of failures building up until they became a rounding success. Isn’t that how the greatest discoveries and achievements of mankind have come about?

“Defeat has a dignity that victory knows not.”
-Jorge Luis Borges-

Precisely what makes triumph so sweet is the difficulty that it implies. Nobody savors a success they achieved without having to fight for it. You might be able to boast of your good luck, but you can’t take pride in your accomplishment, because an accomplishment only is only achievable through a combination of talent and effort.

Carlos Serrano is an athlete with the world record in paralympic swimming. On social media he shares a photo where he appears holding a sign that reads: “You win the medals during training. You simply pick them up at the competitions.”

This phrase couldn’t be any more true. What guarantees success is the hard work you invest in yourself, the preparation and effort involved in developing a process during which one gradually breaks his own records.

Winning is not only reserved for the people with the most skills, but rather for those who know how to use them the best. Winning is a fruit only tasted by those who are capable of setting a goal, fighting relentlessly for it and working over and over on their own flaws, to make themselves worthy of the triumph.

The personality of a winner is characterized by the fact that effort and hard work rank very highly on their list of priorities. Someone who knows how to win knows that nothing happens on its own, it’s mainly the product of perseverance.

It’s won firstly in the fight with yourself to establish your goals, to trust in what you’re capable of doing, to build a decision that’s sufficiently resistant to external events so that it remains firm despite ups and downs. When you achieve this, the rest is simple.

There is no one single recipe for triumph, but you can define the characteristics of a winner. The first of them is their faith in their own work. To this you must add healthy self-critique. This means, having the ability to objectively value your successes as well as your mistakes.

In ancient Greece there was a true cult of competition, especially the athletic kind. In those days, such events had a very different value than they have today. In the Republic, Plato insisted that youngsters had to be educated on two pillars: gymnastics and music.

What made an athlete worthy was their ability to be “better than the average person.” What stood out was their bravery and effort. Competitions were called “Agon,” which means contest or challenge. That’s where the word agony comes from.

In a competition, there are only winners and losers. And a competition is only healthy if it guides you towards those parts of yourself that need work, polishing, to be made better as a condition to reach that goal.

Defeat is always relative. It’s relative because it depends on feelings, emotions and attitudes that originate from he who experienced the impossibility of reaching an objective at a certain moment. It’s only a defeat, in the strict sense of the word, if what follows is complete dejection.

If, on the other hand, the impossibility of achieving an objective turns into a source of reflection and learning, then we can’t speak of real defeat. That learning is a rethinking of the reasons why it wasn’t possible to reach success. It might even be a revision of the goal itself. Sometimes defeat is a sign that we’re on the wrong path, that we’re on a path towards a purpose that may not be the best thing for us.

For someone with the mentality of a winner, the word defeat doesn’t really exist. What exists are situations where you accomplish what you set out to do, and others where you have the opportunity to learn something you didn’t know.
Link copied!
Interesting Articles
Wellness
Take a Moment for Your Soul to Catch up with You: a Beautiful African Story

Sometimes a story touches our souls like nothing else. This time we'd like to introduce you to an ancient African story that…

How can we define despair? We could say it's having no hope, feeling an inner emptiness, thinking that there is nothing left. Feeling like you're in a desert and all…

Wellness
6 Tips to Start Your Day Off Right

There are moments in life where everything seems to flow. When we feel like life is good and it is easy…

Aristotle said that anyone can get angry. However, getting angry with the right person, to the right degree, at the…

Interesting Articles
Philosophy and Psychology
The Cognitive Psychology of Religions