How to Solve a Problem According to Einstein 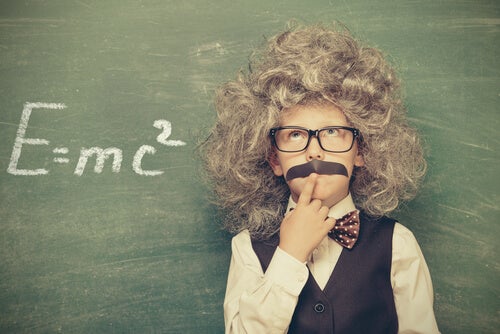 We have become accustomed to a mental action that prevents us from touching the tangible reality: constantly creating in our head lists and lists of tasks and problems that require a solution in order to maintain our well-being. The problem is that as we mature inwardly, the puzzles and barriers that we generate, sometimes unconsciously, can lead to major blockages.

It can push us to not be who we are or simply to live in an incongruent way with our thoughts. A good idea to solve any obstacle has to do with our “inner being.” We are talking about practicing attitudes such as will, constancy, decision and knowing how to analyze our environment in a practical way.

In addition, something we learn over time is that all situations, even those we perceive as negative, sooner or later provide us with a beautiful teaching for our personal growth. To further facilitate such blockages and problem solving, today we tell you the best advice that Albert Einstein himself applied in his work to get out of his own blockages.

Many times we do not stop to appreciate how we can make the path to the goal easier when given a problem. Well, one tool we can use to do this is reformulating our task aloud.

In this way we become spectators of ourselves by listening to our voice and perceiving the situation in a different perspective. In addition, if others are around us, they can help us in this step.

Remember the great power of words and how we can use them to our advantage. So take some time to re-formulate your task properly.

An example of a re-formulation of the problem often has to do with how we place the actors involved in the problem definition itself. For example, it is not the same to “try to be promoted” as to “try to ascend”. In the first case, the other person has the power and in the second you have it. In both cases the same objective is pursued: to ascend.

Nor is it the same to formulate a problem in general – “I am going to try to ascend” – than dividing the problem into phases: I have to get to work earlier, I have to be more orderly in the way I present reports, I have to participate more in meetings, etc.

“We cannot solve problems by thinking in the same way as when we create them.”

Understand the context of the problem

One of the first mental actions that spies automatically employ when they are in a place has to do with identifying the exits of that place. With this I do not want to tell you that you have to identify the possible escapes out of your problem, but when you solve a problem the best you can do is familiarize yourself with the problem itself and the context in which you are going to have to solve it.

There are many important elements when we talk about context. First are the most delicate parts – the most delicate objects – of the problem. Knowing where they are will make you start by protecting those areas in case you have to protect yourself. Second, there are your abilities to develop yourself in that context.

Think with the resources you have, whether they are human (support system), material or time. This is important because it is often worth working on the context before facing the problem. Either getting the help of someone you consider relevant, educating yourself more in a certain aspect or trying to get an extension.

Think of your problem as an enriching experience

A problem usually has the virtue of taking us out of our comfort zone, challenging us and putting our skills to the test. By facing them we get an idea of what they are. We can have a whole drawer full of titles but, what good are they if we do not know how to solve the problems that arise in a certain profession?

In this way, if you understand that the problem has something to offer, you will have the motivation to face it, to get up when you stumble on some of the steps and you will create a story to integrate into your life in a way that becomes something much richer than a simple nuisance or annoyance.

“If, when crossing a mountain in the direction of a star, the traveler is too absorbed by the problems of climbing, he risks forgetting which star guides him”

33 Great Quotes From Albert Einstein That Will Make You Reflect

Albert Einstein had an intense life full of consciousness. Discover some of the phrases of this genius that will make you reflect. See more »