An interesting study shows that there's a link between sleeping poorly and loneliness. In today's article, we'll talk about how they're related. 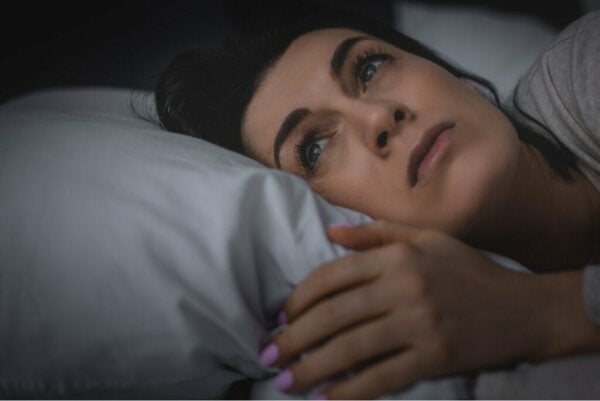 Sleeping poorly and feeling lonely are situations that are increasingly common. The latter has increased markedly. In the United Kingdom, they even have a Minister for Loneliness. Not sleeping well has also become a fact of life for many people on the planet.

It’s unlikely that either of these phenomena are new to you. The novel thing about this study, however, is that it found a link between the two. The data seems to suggest that sleeping poorly triggers a strong feeling of loneliness. Although the study doesn’t talk about it, other data shows that people who don’t deal well with solitude often have trouble sleeping.

Sleeping poorly can lead to different emotions. You know that not getting enough sleep affects your mood. It makes you feel unmotivated and irritable. Not sleeping well can even affect your ability to direct and sustain your attention. The study we’re talking about today shows, as we mentioned above, that not getting good sleep can also make you feel lonelier.

“Sleep is the best meditation.”

The University of California, Berkeley study

Neurologists Eti Ben-Simon and Matthew Walker from the University of California, Berkeley conducted a fascinating study about the relationship between poor sleep and loneliness. They published their results in the journal Nature Communications in 2018.

A previous study with 140 volunteers provided the initial information for the researchers. It found that, after a night of sleep deprivation, participants showed signs of feeling isolated and like they had no one to talk to. Ben-Simon and Walker wanted to confirm and elaborate on those findings.

To do so, they asked 18 young people to sleep all night at home, without interruptions. The next night, they had to stay awake all night in a lab. To keep the volunteers from falling asleep even for a minute, they made them participate in many different activities.

After that, they showed them a video of a person who was walking towards them. They asked the volunteers to press a button when they felt as if the person was getting too close. They found that, on average, participants stayed away 15% more than when they had slept all night.

The effects of sleep loss

Researchers also found that sleep loss triggered more activation in an area the brain associated with threat and danger when the person in the video got closer. In other words, they felt that closer proximity to another person was dangerous.

The study also found that volunteers who slept poorly had reduced activity in the areas of the brain associated with socialization. This means that they felt less motivated to interact with other people.

Participants in the study also said that they felt more alone. As the study mentions, “Though numerous factors are associated with social isolation and withdrawal from interpersonal interactions, recent evidence suggests that insufficient sleep may be one such candidate”.

Eti Ben-Simon and Matthew Walker conducted a second phase of their study, this time with 1000 volunteers. They showed videos of the 18 volunteers from the first experiment to each participant. Each recording lasted a little over a minute and was simply one of the volunteers talking about informal subjects. Researchers prompted them with a 10-point questionnaire.

They recorded half of the videos after a good night’s sleep, and the other half after the volunteers stayed up all night. However, they didn’t share this information with the second group of volunteers. They simply showed them the videos in random order. Then, they asked which of the volunteers seemed lonelier. Most of the viewers identified the ones who hadn’t slept. They also said that they noticed that those people also seemed to have a lack of motivation or intent to socialize.

The results of the study

In the last part of the experiment, they asked the 1000 volunteers to talk about their own feelings after watching the videos of the 18 initial volunteers. The results were fascinating. Just watching the participants who hadn’t slept made the spectators feel lonelier.

The researchers point out that loneliness was also “contagious” in a way. Many participants expressed that they inexplicably felt more alone after watching a video of a sleep-deprived person.

The conclusion that scientists are reaching is that sleeping poorly negatively predisposes you to socialization. It also triggers feelings of rejection from other people. The good news is that one good night of sleep is enough to make all of that disappear.

Healthy Habits
Strategies to Stay in Control Under Pressure

Statistics show more people nowadays are reaching the age of 100 or older. This means that it's important to ask ourselves the following question: what can we do to avoid…