Six Dangerous Words that Limit You

Language is the foundation of thought. This is why you should be aware of the effect the words you use every day have on your life. 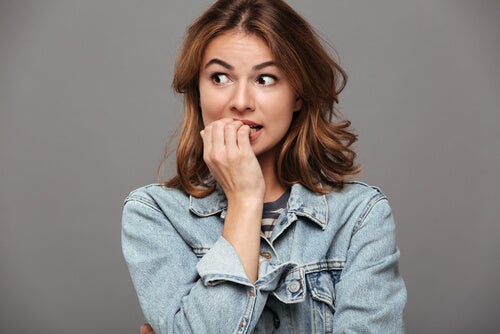 Analyzing language from a neurolinguistic programming perspective can help you understand the impact it has on your thoughts, as well as how the words you use actually program you to experience your reality in a particular way. Today, we’ll talk about six dangerous words that limit you.

Some everyday expressions are conceptually heavy and not very positive. As you probably aren’t aware of their impact, you keep using them. Let’s take a look at what they are and how they affect your psyche.

Six dangerous words that limit you

This term is paradoxical, as it tends to move you closer to the very thing you’re trying to get away from. It’s an ambiguous word that the mind often doesn’t register. For example, if I tell you “Don’t think about pink elephants“, that’s exactly the image that will come to your mind.

When you use these kinds of expressions, something interesting often occurs. Subconsciously, you tend to completely gloss over the “don’t” and focus on whatever comes next. For example, when you say to yourself “Don’t be nervous” or “I don’t want to get sick”, you’re actually programming yourself to be nervous and sick. Thus, it’s much better to say positive affirmations such as “Stay calm” or “I want to stay healthy”.

When you say that you “have” to do something, you’re just affirming that it’s going to be unpleasant and hard. For example, “I have to work”, “I have to be more social”, or “I have to lose weight”. When you phrase things this way, they automatically become negative and difficult.

Using phrases such as “I want to” or “I’m going to” is better for your mental health. Saying “I want to be more social” is an example of a positive alternative. For example, if saying “I want to work” contradicts how you actually feel, try “I’m going to work”. Phrasing your statements this way helps program your brain to expect things to be fairly simple and easy.

When you use the word “but” to put two ideas together, you instantly devalue the first thought. Consequently, the message that gets across is the negative one that you put at the end. “I love you, but we argue too much” or “I got a good grade, but I could have done better”.

One way to avoid this is to replace “but” with “however” or another similar word. That way, the main message stays intact, even if you add additional information. You can also invert the word order. For example, “We fight too much, but I love you”. That message is much more positive!

This is a common, everyday expression that people use to express empathy and compassion towards other people and themselves. For example, “They fired you, you poor thing” or “You poor thing, your partner left you”.

Although you probably say this with good intention, using this expression isn’t doing its recipient any favors. You’re essentially programming the other person (or yourself) to feel like a helpless victim. Try using a different term, one that empowers you and reminds you (or the other person) of their ability to move on.

Never, always, no one, or everyone

When you use one of these words, you’re making a declaration and encouraging a kind of rigid and dichotomous way of thinking. “You always do everything wrong”, “No one loves me”, or “I’ll never be happy”. This kind of thinking and these kinds of statements are very harmful and condition you to keep experiencing more of the same.

You should try to use more realistic expressions instead. Above all, opt for expressions that favor change and improvement. For example, “I didn’t do this right” or “I don’t feel happy right now”. Phrasing your thoughts this way places the focus on real events and gives you the chance to modify them.

These words imply an ambiguity about time that often get in the way of action. They make it easy to procrastinate for an indefinite amount of time. “I’ll study later.” When’s later? Later never comes. “Someday, I’ll start to eat healthier.” What day exactly?

If you actually want to achieve your goals, avoid using these words. Instead, set a date or an exact time to get started!

Finally, always remember that language is the foundation of your thoughts and communication with yourself and others. When you reason, you filter everything through the words you say. As a result, the words you decide to use shape the way you see the world.

The Three Emotional Errors That Limit Your Happiness
Emotions can alter our quality of life and our choices. Therefore, it's important to become familiar with three emotional errors that limit our happiness.  Read more »
Link copied!
Interesting Articles
Authors
Wilhelm Reich and His Approach to Sexuality