Milton Erickson: How Changing Your Language Can Change Your Mind

Changing your language to change your perspective on life is what Milton Erickson taught in one of his theories. 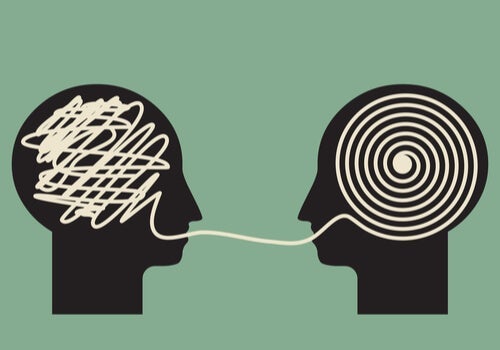 Milton Erickson is considered a creative genius. Perhaps this is due to the fact that other psychiatrists found his therapeutic approach so difficult to replicate. This American psychiatrist and psychologist was a pioneer in hypnosis therapies to the point of achieving legendary status. Milton Erickson developed, among other tools, therapeutic strategies based on how changing your language can “change” your mind.

Numerous schools of Ericksonian hypnosis have appeared all over the world. Brief therapy, solution-focused therapy, strategic therapy, and systemic family therapy are all influenced by Milton Erickson’s work. It also inspired the creators of NLP (neuro-linguistic programming).

Milton Erickson and his true legacy

This particular model received the name The Milton Model in honor of this prestigious therapist. The creators of NLP studied the system used by Dr. Erickson and updated their strategies. Currently, experts use this model effectively in both therapeutic and non-therapeutic settings. It’s an example of the strategic use of language to change the mind.

Despite the fact that you’re often not aware of it, both in your communication with other people and with yourself, the language you use configures a map. This map affects your imagination, thoughts, and emotions. At the same time, this linguistic map would develop your reality filter. Thus, changing your language to change your mind occurs when you recognize that map and change it, among other things.

It’s through this map that people express themselves through their behavior, beliefs, identity, and values. Moreover, with the use of language, you have a powerful weapon to influence yourself and other people. You’re aware of what you say but often not how you say it.

Language gives power and takes it away

The linguistic patterns that you adopt are, in many cases, inherited from your surroundings. You use and repeat them without analyzing them in any way. However, if you become aware of the terms and the way you use them, you’ll have a different perspective regarding the relationship you have with yourself and others.

There’s a kind of language, both internal and external, that inhibits you. There are several types, but the clearest example is in phrases such as “My mother’s stressing me out”. This type of language not only inhibits you, but also empowers the other person.

To change your language patterns, the first step is to get to know how you’re using it. If you change the above phrase to “I’m getting stressed out with my mother”, even though it’s apparently the same thing, there’s actually a big change in perspective. In this case, now you have the power to change this uncomfortable situation.

Changing your language to change your mind

Either the hypnotic therapy through language used by Milton Erickson or NLP would be two of the ways you can become more aware of how you can change some of these linguistic patterns. This will help you to considerably change and improve your perception and attitudes towards many aspects of your life.

Becoming aware of how, according to the paradigm initiated by Milton Erickson, these linguistic patterns affect emotions, both positive and negative ones, would be the first step towards changing your mind.