Being Single Is My Reality, for Better or Worse 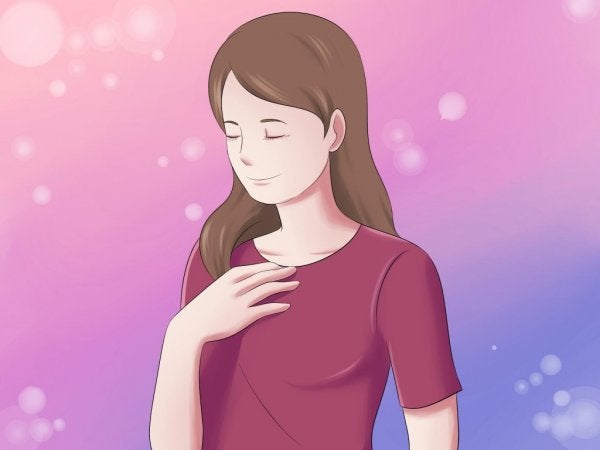 We should pay attention to the celebrated Petronius, who said that “You can get married or stay single, but you will regret it either way.” It doesn’t matter what you do, you will always fail. Or maybe we always look for what we don’t have? The thing is that for many people, being single is a reality, whether it’s chosen or not.

However, the way we really are tends to be expressed through our social behavior. Even if we’re great actors, our relationships with others describe us just as we are to someone who knows how to interpret the signs.

Why to choose being single

Within the social world we live in, more and more people are choosing to stay single. Nevertheless, for others it’s not a choice. Instead, it’s a reality, because they haven’t been able to pair up. There’s also other people who are indifferent to it. And we could go on and on about the variety of motivations in regards to whether to have a partner or not, which just a few years ago was indispensable.

The thing is that throughout our lives we meet all sorts of people. But every day, the option of being single is more accepted on a social level. Or, at the very least, if someone doesn’t find a mate, they are not intent on finding one simply to not be seen as an outcast. Which used to happen up until not too long ago.

That’s why, the psychologist and sociologist Arturo Torres has embark down the difficult path of drawing up a list of the different types of bachelors. Nevertheless, this classification is informal, but it’s curious to look at. Who knows? Maybe you’ll find the reflection of your own current social reality.

Torres starts off by talking about independent bachelors. These people value their lives without the chains they consider they would suffer from if they had a partner. For them, their time and space are much too important. Thus, they flee from intense commitment, since they see it as a limiting factor.

This group includes the people whose minds can’t even fathom the idea of being in a relationship. They are completely self-sufficient and need a high level of isolation. Their natural state is solitary, but not in a negative way. They simply don’t have any interest in sharing their world with other people.

In this case, Torres refers to those singles who, even though they’re independent and self-sufficient, would prefer to have a partner. Thus, they don’t feel isolated, but they wish to share and abandone their solitary lifestyle. Oftentimes this happens because they are unaccustomed to being social or due to their poor ability to learn new habits.

“The tiger is the one that walks in figure eights on the floor from his solitude. He doesn’t go backwards, nor does he advance forwards.”
-Ramón López Velarde-

In this group, the psychologist describes people who ache for a relationship, but which are incapable of looking for one. Maybe due to their low self-esteem, customs or lack of social skills, they don’t consider themselves to have the capacity of being attractive. Nevertheless, these people can work towards changing their mentality and thoughts, since they feel unhappy and miserable. They find themselves in a situation in which they don’t want to be in, but which they condemn themselves to.

A fifth group includes the existential singles. They are characterized by their pessimism, that’s why they don’t believe in relationships. These people tend to have a cold and dispassionate view of the world. So, they actually detach themselves from intimate emotions.

Torres establishes another group, which he calls the ideological singles. It’s very rare, and it involves people who establish their own red lines in order to get to know others. Thus, they tend to systematically reject most of the available candidates. They could be considered as very demanding. Yet, when taken to an extreme, it could lead to situations of anxiety and excessive pressure.

In this section, we find singles who are looking for a relationship. They are clear on the fact that they want to be with someone in the short and medium term. Therefore, they analyze their possibilities and try to find candidates. Thus, they are in a state of transition: they have ended a relationship and will probably start a new one soon.

Finally, Arturo Torres speaks about the bachelorhood for learning. These are people who flee from being in a relationship because their past romantic experiences were negative. Thus, most of them elaborate a speech in which they cram in their memories and in which the reasons for their situation are reflected. Traumatic memories create a type of almost irrational rejection towards the thought of pairing up. This can actually end up producing filophobia (the phobia of romantic relationships).

“Bachelors are men who have gotten married to themselves. And in most cases, we’re a marriage that gets along horribly.”
-Miguel Mihura-

We live in a world where we tend to put a label on everything with the intention of understanding it better. That’s why it’s not weird that we identify being single according to its conditions and concrete details. Now, despite being an informal classification, it seems like a a fairly complete compilation. Hence, if we look back or observe our current situation, we might see ourselves reflected in one or a few of these groups. It has happened to me, what about you?

Sometimes when people remain silent in the face of criticism, envy, or provocation, it's not for lack of an argument…

Psychology
Wayne Dyer and 7 of His Best Quotes

When you read the things Wayne Dyer said, it's easy to see why became such a big self-help psychologist. With…

Psychology
The Challenge of Infertility: Living with the Void

Being a mother is a personal choice. Some people never feel the need to become one and break that traditional…

Psychology
Is Starting From Scratch Possible Without Hurting Others?

Thousands of people each year choose to change their life, leave home or distance themselves from their family. Others question whether or not they should…