The Silent Mind: The Secret To Relaxation 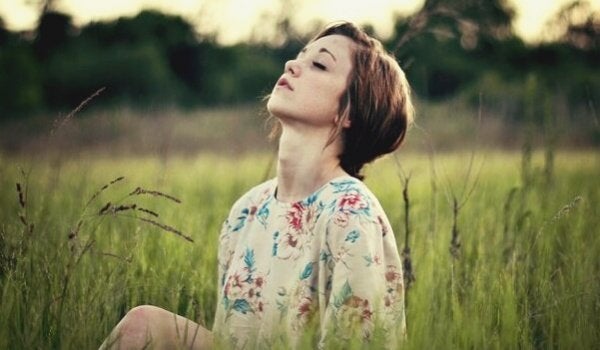 The silent mind is weightless, transparent, free and as shiny as the surface of the sea. Selfishness disappears, external pressures are extinguished and those internal whirlwinds of obsession and negative thoughts lose their intensity. Nothing is as healthy as relaxing our minds and thoughts and finding calm amid the chaos.

Gordon Hempton, a well-known acoustic ecologist, tells us that silence is a “species” in danger of extinction. Moreover, according to this expert on nature, sound and well-being, silence and stillness are vital for our survival. This last statement may seem a bit over the top, but in reality it is extremely valid and quite significant.

“Tranquility is the perception of a calm and calm mind”

Human beings are losing our ability to listen. We aren’t only referring to the ability to hear what our surroundings are telling us, or what external stimuli evoke in us. The fact is that people hardly ever listen to themselves anymore. Silence, according to Professor Gordon Hempton, forces us to be present and to be honest. It is a way of stripping bare our souls and minds, and opening our hearts to find truth.

From this, we could conclude that having a silent mind is a way to expand the world inside us. It’s a way to connect with what surrounds us and with who we are. It reveals where and how we should be investing in our health and well-being, something we should practice every day.

Your mind is your primary source of exhaustion

Let’s face it, sometimes your mind is like an animal with boundless energy. It is tireless, restless, and devours everything. It tangles up everything and can sneakily become your own worst enemy.

Your mind doesn’t understand what rest is. It has no qualms about waking you up, keeping you up, and feeding you useless thoughts and obsessions. Our minds get foggy and we get lost in the ocean of anxiety and depression.

Meister Eckhart, a well-known Dominican and German philosopher of the thirteenth century, said that the only way to calm inner anguish is by embracing silence. According to him, the stillness and absence of sound around us can act like a purifying fire. It’s like a quiet house where your soul becomes more intuitive, where your eyes are refreshed and where knowledge is deepened.

What Eckhart concluded has mystical connotations, that is clear. However, throughout history, religion and spirituality have indeed promoted the importance of silence. Buddha, for example, also explained that practicing a silent mind was the way to end exhaustion, lies and selfishness.

The silent mind, in essence, is not one that distances itself from reality or avoids it. In contrast, it is always alert and awake. It seeks, above all, to understand the nature of reality, both external and internal.

“Silence is the only friend that never betrays”.

The silent mind and relaxed thought

It is clear that our minds can wear us out. People relax their minds using things like meditation,  mindfulness and yoga. You’ve probably had meditation recommended to you. You may even have tried it — unsuccessfully — and then decided that it doesn’t work for you.

We’re not advocating a closed-eye type of meditation, however well known it may be. To practice and benefit from a silent mind there are many other ways to unlock quietness. The key, like everything in life, lies in finding the answer that best suits our needs and personality. Here are some principles that we invite you to reflect on.

4 principles for practicing the silent mind

To conclude, the silent mind is not just an abstract concept. It isn’t impossible, or only for those who have been meditating for years. This type of relaxed thinking requires a strong will, self-control and a good dose of self-love. Convince yourself that your mind isn’t and shouldn’t ever be your own worst enemy.

Why Silence Is A Luxury
SIlence is a luxury that few people enjoy. We are obsessed with noise and can't seem to live without it. Read on and find out the benefits of silence Read more »
Link copied!
Interesting Articles
Culture
Asian Wisdom: the Depths and the Background

Culture
How to Increase Your Life Expectancy

Your life expectancy is the expectation, in relation to the number of years you've currently lived, that you expect to…

A novel study investigated the neural interrelationships between sacred values, social exclusion, and extremism with violent manifestations. This research revealed…

The smell of coffee is a delight and it stimulates us. There's nothing more comforting than taking in the aroma…