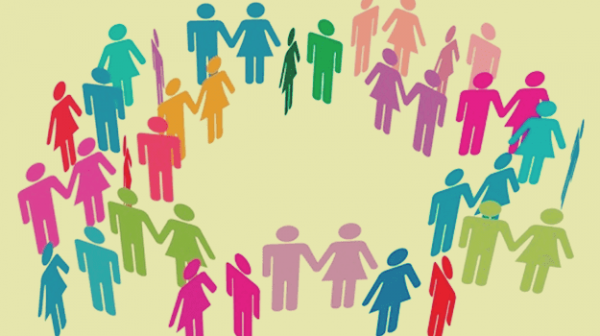 Sexually transmitted diseases (STDs) are already an epidemic in our society. Medical institutions warn us that diagnoses of gonorrhea and syphilis are increasing more and more each today. This is a worrisome reality that creates a clear need. We have to be more informed and aware of the risks. We deserve to enjoy our sexuality safely and to live a healthy sexual life.

Every year, the Sexually Transmitted Infection Surveillance agency publishes a document to inform us about the most commit STIs or STDs and how often they occur. Although we’re still waiting on the data from 2017, we can take a look at 2016’s data. The data are striking. The most common disease was chlamydia followed by gonorrhea and then syphilis.

In the majority of cases, a person with a sexually transmitted infection doesn’t experience symptoms. Because the person doesn’t know they have an infection, it becomes more likely for them to spread the disease.

As we have stated, we don’t have the most recent data on STDs. However, the World Health Organization warns us of something even more worrisome. There are cases of gonorrhea where patients are resistant to treatment. In other words, the antibiotics that doctors are using to treat the disease aren’t working against the disease.

Certain types of STDs are becoming smarter and therefore more difficult to treat. Now, the key is to become smarter than the disease. The way we can beat STDs is by having the best information and knowing different methods to prevent these types of infections.

On the other hand, what makes this reality even more complex is that there isn’t always a clear array of symptoms for each disease. A person can be a carrier of a sexually transmitted disease and not know it. The risk of transmission and infection increases when people aren’t aware of their status. This is why health and prevention organizations point out that STDs can wreak havoc with their unfortunate consequences.

Moreover, scientists predict that, with the increase of online dating apps and sites, silent infections like chlamydia or even gonorrhea will become more and more common. Although most of these infections are treatable, they can have long-term and sometimes severe consequences.

Let’s take a look at the most common STDs.

Chlamydia is one of the most common STDs. It’s caused by a type of bacteria. Its symptoms (if present) arise between 7 and 21 days after sexual contact.

The symptoms, if they arise, can appear in the following way in women:

Men may experience the following symptoms:

The most common signs that show up with gonorrhea are the following:

HPV or human papillomavirus is actually a brand set of common viruses rather than just one. Most are harmless, but about 30 of them can make the body develop cancer (cervical cancer, for example). In fact, scientists estimate that 99% of this type of cancer is associated with this genital infection.

Generally, HPV doesn’t show symptoms either. However, one of the first signs is usually the appearance of small viral warts in the genital area.

We should remember that the vaccination against HPV is effective.

The herpes simplex virus is one of the most common sexually transmitted diseases. There are two types: HSV-1, which is transmitted from mouth to mouth and type 2 (HSV-2).

Although these ulcers disappear, the virus remains latent in the body and can mediate the appearance of other, more serious diseases.

Syphilis originates from bacteria. It can spread through sexual contact. However, a mother can also pass it on to her child during childbirth. Syphilis has a high degree of incidence and its progress can be devastating if the infected person doesn’t receive adequate treatment.

Also, it’s important to note that syphilis has a wide range of symptoms. It has so many symptoms, in fact, that doctors can easily confuse it with other disorders. It begins with the appearance of a small sore. Later, a burning sensation appears in the hands and feet. This sensation then spreads to other parts of the body. The patient then experiences rashes and skin inflammation. The lymphatic glands change and the sufferer begins to experience a high level of fatigue with weight loss.

The human immunodeficiency virus (HIV) and AIDS have already claimed the lives of more than 40 million people. These diagnoses continue to emerge day after day. Today, doctors estimate that thousands of men and women aren’t even aware that they’re carriers of the virus.

The most common form of transmission is due to unprotected sex or using infected needles or syringes. These risky behaviors are well-known, but people continue to get infected. In fact, according to data from the Institute for Health Metrics and Evaluation, Spain is the country in the EU with the most AIDS virus infections.

This is something that we need to reflect on as a society. Antiretrovirals can slow down the disease’s evolution with treatment. However, there’s so much more that we can do to prevent the disease simply through prevention and social awareness. Doctors, scientists, and other healthcare professionals tell us that we all need to work together in this regard.

It’s clear that we need more resources to treat these diseases. We also pointed out that STDs are becoming resistant to our current treatments. Likewise, the healthcare community also needs to generate more awareness. Using condoms is without a doubt the best way to protect ourselves from STDs. Medical check-ups, information, prevention, and avoiding obviously risky sexual practices are some of the most reliable ways to avoid these health problems.

Chemsex: a Dangerous Sexual Practice
In recent years, Spain has seen an increase in a dangerous sexual practice known as chemsex. It is especially common in cities with a large population. Read more »
Link copied!
Interesting Articles
Art and Psychology
The Art of Attracting Magic into your Life

Culture
How to Protect Your Home from Negative Energy

Negative energies are something many people try to avoid, especially within the home, which is a resting place that should always…