Megalomaniacs are people with a very exaggerated self-image; they consider themselves powerful and important. In this article, discover seven traits of megalomaniacs. 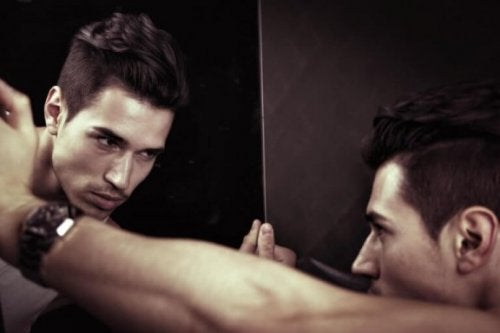 Do you know a person who’s convinced that everything they say or think is grandiose? This person is probably a megalomaniac. Usually, megalomaniacs belittle others because they feel superior. But apart from their huge ego, how do you truly identify a megalomaniac?

Although it’s common to find people who’re proud of themselves, have a great self-image, and think they’re capable of doing anything, it’s not that easy to know for sure whether they’re megalomaniacs or not. But if those people have such a high self-perception and also belittle and hate everyone around them because they feel “superior” to everyone else, then that could be a sign that they’re very narcissistic.

Megalomania is a psychological condition under narcissistic personality disorder symptoms, according to the DSM-V. However, to know whether a person is a megalomaniac as part of a disorder, psychologists pay attention to whether they have delusional ideas or not and if they have fantasies of power, relevance, and omnipotence that leads them to think they’re the best.

Historical characters such as Napoleon Bonaparte, Hitler, Stalin, or Mao Zedong are often attributed megalomaniac and narcissistic traits. In fact, those traits encouraged them to pursue the goal of ruling the entire world.

If you pay attention to these leaders’ behavior, you’ll realize that they all thought they were the only capable people in the world to save their homelands and conquer other countries. They felt like their existence was necessary and, therefore, continued to seek infinite power.

Curiously enough, people who impulsively claim to be the greatest conquerors under the belief that they have absolute power experience more intense pathological symptoms because they feel responsible and capable of the unattainable. As history has demonstrated time and time again, megalomaniacs end up becoming dangerous leaders who’re willing to do the unthinkable to obtain power.

A megalomaniac won’t only believe they’re capable of what nobody else can do. Due to this excess of responsibility, they’ll also tend to blame themselves for the consequences of their actions.

As you can see, megalomaniacs have an exaggerated self-concept. They’ll try to get social validation, which they associate to being in a position of power. However, although they show great self-confidence, they lack affection and feel empty and inferior inside.

“Time will tell whether I am a wing nut or a megalomaniac. The difference between a cult and faith is time.”

What’s Behind a Megalomaniac’s Personality?

Megalomaniacs refuse to recognize that there’s a fearful, self-conscious, and love-seeking person deep inside of them. That’s why they use insults and impose their false omnipotence as a defense mechanism.

On the other hand, due to their fear of being inferior, they ridicule anyone who makes them feel threatened and, as a consequence, harm anyone they think is a threat to their ego. However, there’s an insecure person who feels unable behind that mask.

By trying to exaggerate their abilities and dramatize their achievements, megalomaniacs manifest, without wanting to, a weak self-esteem and a scarce ability to face frustration.

Their arrogance can make them feel lonely because people just don’t accept them. Other times, they might even isolate themselves. Their feelings of superiority may make them stay away from anyone they consider inferior.

That loneliness leads to an inevitable emotional void that can harm their well-being.

“Egotism is the anesthetic which nature gives us to deaden the pain of being a fool.”

Do You Have an Egocentric Personality?
An egocentric personality entails a set of characteristics and behaviors usually linked to arrogance, ambition, and, in some cases, to exhibitionism. Read more »
Link copied!
Interesting Articles
Personality Psychology
The Fixer Mentality - People Who Try to Fix Others