Ezra Pound's quotes are charmingly lively. Although he was a controversial figure due to his political beliefs, he was also a brilliant intellectual who was gifted with an extraordinary sensibility. 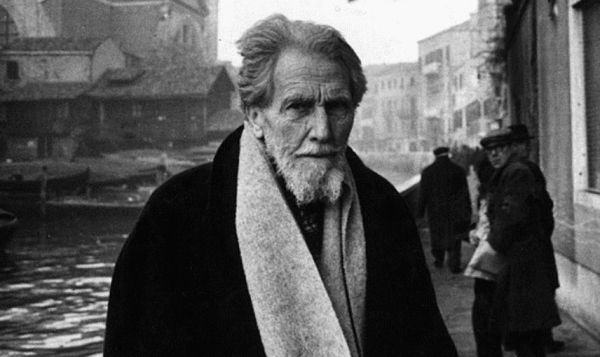 The quotes Ezra Pound left behind have a unique charm. In spite of the fact that he made some questionable decisions in his life (such as supporting Benito Mussolini), his contribution to the literary world was invaluable.

This American poet made it his mission to blend classic poetry and modernism. You can see this reflected in his unique style and in the content of his writing. Ezra Pound dealt with everything from the mythological to the economic and political.

“Wars are made to make debt.”

In addition to being a poet, Pound was also a musician, essayist, and translator. He declared himself an enemy of romanticism and dedicated a significant part of his life to his greatest works, one of which is The Cantos. Here are some of the most interesting Ezra Pound quotes:

1. The art of governance

This is an Ezra Pound quote that shows his understanding of the phenomena of power: “Governing is the art of creating problems and using the solution to keep the population on shaky ground”.

Regardless of his personal political beliefs, this is a masterful quote. It shows the essence that different governments share over the course of history. Often, the goal isn’t to solve problems but create them. This guarantees that they can stay in control.

2. A quote about freedom

This is a simple, yet very powerful quote. Pound writes: “A slave is one who waits for someone to come and free him”. This is an interesting perspective on freedom.

Nearly all schools of thought in psychology would agree with this statement. The goal of psychologists is to help their patients understand that they have control of their fate and are responsible for their own lives. This freedom is born of responsibility.

This is hardly the quote of a pacifist, but it does make a very accurate suggestion about war. It says: “The real trouble with war is that it gives no one a chance to kill the right people”.

Aside from the rather violent content of the quote, the implied complaint is interesting. The people who actually do the fighting during wars aren’t the ones who cause them. Those people are usually the least affected by them, in fact. During war, those who fight each other are victims of one side or another.

4. Those who surround the rich

This is another Ezra Pound quote that offers a harsh criticism of some aspects of social reality. It says: “Come, let us pity those who are better off than we are. Come, my friend, and remember that the rich have butlers and no friends, And we have friends and no butlers. Come, let us pity the married and the unmarried”.

Pound reminds us that money isn’t necessarily a source of happiness. Wealth, in and of itself, also promotes servitude and hypocrisy. That’s why people say that only the poor can have true friends.

5. What you should fear

“Be more afraid of time than of my eyes.” This is a deep and wonderful metaphor about what happens when you do bad deeds.

When you hurt other people or engage in destructive or harmful behaviors, people might think you’ve gotten away with it because you haven’t been caught. However, time reveals everything and, sooner or later, the perpetrator will experience the negative consequences of their actions.

“And if the old cold chokes your tent, you’ll be thankful when the night is over.” This is a beautiful way to express the relativity of negative situations.

Sometimes, what you consider adversity is actually a way to get you out of your comfort zone and build something new. Many amazing achievements happen when something forces you to be reborn.

This quote references the essence of what’s holy from a direct and profound point of view. Pound writes: “The temple is holy because it isn’t for sale”. This declaration doesn’t just apply to religion, but everything that’s transcendent.

Pound is trying to communicate the idea that the value of the sacred lies in the fact that you can’t do business with it. You can’t buy or sell it. It can’t be the subject of any kind of transaction because it’s intrinsically priceless.

Ezra Pound may not have been able to understand the implications of his political beliefs. He was accused of treason and banned from a lot of intellectual circles. However, as you can see, his ideas were so clearheaded and universal that it would be hard to classify them.

7 Great Quotes from Hermann Hesse
Hermann Hesse's quotes are an invitation to reflect on life and the search for identity. They are a gift to all those who wish to know themselves better and discover who they really are. His great legacy, which is deeply spiritual and psychological legacy, is well worth reading. Read more »
Link copied!
Interesting Articles
Literature and Psychology
Do You Know How to Bring About a Change in Others?