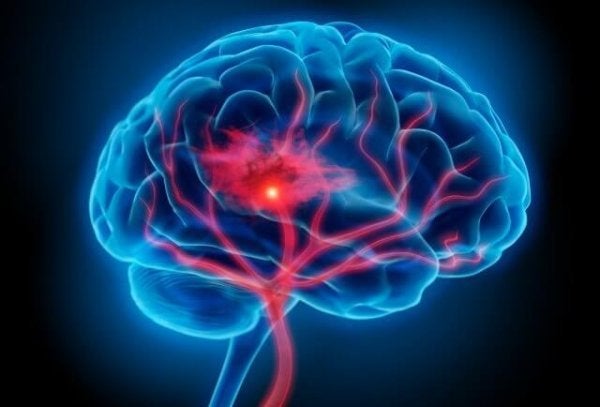 Serotonin syndrome is a clinical condition associated with an adverse reaction to antidepressants. Recent studies indicate that the incidence of this syndrome has increased recently as more and more people consume antidepressants. Serotonin syndrome is usually characterized by a loss of coordination, fever, tachycardia, seizures, and difficulty breathing. In more serious cases, it can also cause death.

For those who have never heard of this term, it’s worth taking the time to get to know its symptoms. Unfortunately, most people wrongly believe that serotonin syndrome is exclusively a result of misusing antidepressants. This is incorrect. Although serotonin syndrome can result from antidepressant misuse, that’s not always the cause. Actually, in most cases, the root cause isn’t necessarily clear.

Serotonin syndrome is not a well-known condition. Its likelihood increases year after year due to increased use of proserotoninergic drugs.

As we already know, each person reacts in a unique way after ingesting a chemical agent or a medication. Sometimes, instead of metabolizing the drug, our body begins to accumulate it. After a while, this begins to produce excess stimulation on certain receptors. This pharmacological irregularity can occur in any patient, regardless of their age or medical condition.

In most cases, serotonin syndrome (SS) is relatively mild. The effects don’t last more than a day and are easily treatable. However, a small portion of people who undergo medical treatment with antidepressants suffer the most adverse and dangerous reactions.

Antidepressants have a very specific action mechanism. Basically, what they do is inhibit the reuptake of serotonin. Thanks to them, we can have a higher level of this neurotransmitter in our whole body, not only in our brain. It’s important to remember that serotonin occurs mostly in our small intestine. This chemical is responsible for regulating our mood, appetite, communication between neurons, among other things.

On the other hand, we also have to take into account that doctors don’t prescribe antidepressants only to treat depression. They’re effective for people with anxiety disorders, post-traumatic stress, bulimia, obsessive-compulsive disorder, and premenstrual dysphoric disorder. These are only some of the conditions that antidepressants can treat.

At this time, the most prescribed antidepressants are SSRIs (selective serotonin reuptake inhibitors) due to their effectiveness. Along with neurological medicines to treat Parkinson’s disease or intense headaches, they’re the drugs we associate the most with serotonin syndrome.

Serotonin syndrome is characterized by mild to severe symptoms. These include autonomic dysfunction, neuromuscular excitation, and mental state alteration. These effects are evident when there’s an excess amount of serotonin in our body. If this happens, the serotonin begins to stimulate a series of very specific receptors: 5-HT1A and 5-HT2A.

These receptors induce a cascade of very broad cellular biochemical effects. Little by little, they give way to a series of alterations and determined physical-organic and mental events. They include the following:

Why does this happen and how can we treat serotonin syndrome?

As we’ve said from the beginning, the triggers or causes of serotonin syndrome aren’t always clear. However, there are some risk factors that are worth bearing in mind:

When a person arrives at a medical center with obvious symptoms of serotonin syndrome, the first thing the medical professional should do is determine the severity. Symptoms generally disappear after 24 hours. The patient should stop taking the drug that affected them and reevaluate their treatment with their doctor.

If the symptoms are severe, the patient will have to be hospitalized. Medical professionals will administer intravenous fluids and will be attentive to potential hypothermia. Becoming cold is a very common symptom. However, if the serotonergic toxicity is very severe, the treatment is much more complex and will be based on the patient’s vitals to ensure their survival.

However, we need to remember that there are many adverse reactions associated with taking antidepressants. If you’re taking antidepressants, it’s important to pay attention to warning signs our body gives us so that we can lower the dose or try another drug if necessary. If you’re experiencing problems, keep track of your symptoms and talk to your doctor.

Psychology Today
The Role of Appearance on Social Networks

People are currently obsessed about their appearance on social networks. In fact, many people live their lives around it. For…

Culture
Scopolamine or "The Devil's Breath", the Drug that Nullifies Your Will

Scopolamine, also called The Devil's Breath, or burundanga, is a powerful substance almost always associated with crime. Unlike other similar…