Serge Moscovici: His Most Important Works

Serge Moscovici was a man concerned with understanding both the social and psychological phenomena of the Western world. To do so, he came up with several social theories. Among the best known and used, are those that pertain to social representations. 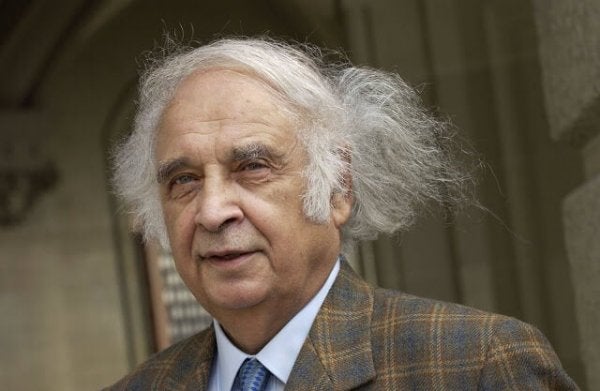 Serge Moscovici (1925-2014) was a French social psychologist, known for his contributions to the theories about social representations. His perspective and theoretical approach have notably influenced almost every social sciences discipline, especially anthropology and sociology.

He received numerous commemorations and awards throughout his life. In addition, he held several important academic and administrative positions. In this article, we’ll delve deeper into some of his most important contributions in the field of social psychology.

Moscovici was born in the Romanian city of Bráila on June 14, 1925. His family was Jewish, so he suffered antisemitism from an early age. In fact, in 1938, a school in Bucharest expelled him due to an anti-Jewish law. This situation prompted him to join the Romanian Communist Party, which was illegal in 1939.

Serge Moscovici spent time in a forced labor camp during World War II. He was there until the Red Army released him in 1944. During those years, he taught himself French and read many philosophical works by authors such as René Descartes and Baruch Spinoza.

After his release, he decided to take some action against injustice. In the last years of World War II, he met Isidore Isou, the founder of lyricism. Together, they founded the magazine Da, which was about literary and artistic criticism. Unfortunately, censorship quickly shut it down. In addition, seeing how the Soviets took over their country, he helped several Zionist residents cross the Romanian border. This is why the government prosecuted him in 1947.

After the trial, he left his native country behind. He clandestinely emigrated and arrived in France a year later after making stops in Hungary, Austria, and Italy. Once there, and thanks to a refugee foundation, he studied psychology at the Paris-Sorbonne University. He also studied epistemology and history of science.

His dissertation in psychology was about the image that some members of French society had about psychoanalysis during the 1950s. His tutor was psychoanalyst Daniel Lagache. He was also a disciple of historian and philosopher of science Alexandre Koyré.

Thanks to the results of his dissertation in psychology, he published his first book Psychoanalysis: Its Image and Its Public. Text in which he presented his theory on social representations for the first time. This new theory reached maturity in the 80s-90s, with special diffusion and reception in Europe and Latin America.

In the 1960s, the United States invited him to teach at the Institute for Advanced Study at Princeton University. He also worked at Stanford University and Yale University, before returning to Paris to devote himself exclusively to teaching.

Serge Moscovici wasn’t only a great theorist but also put his ideas into practice. He was a militant advocate for ecology and even ran for mayor of Paris in 1960. Throughout his life, he supported left-wing movements, like many intellectuals of his generation.

Serge Moscovici and his most important contributions

Despite the fact that social representations are his most important theoretical contribution, there’s more to Serge Moscovici’s works. The theory of active minorities stands out among them. It deals with the powerful influence of minorities.

This theory defends the thesis that the influence of the majority is overrated. Because if the majority were so powerful within a society, then everyone would think the same way. For this reason, Moscovici contradicts common sense and proposes that individuals or small groups start all social movements. Therefore, minorities carry out inventions and social change.

In addition, research on innovation, conversion, and belief are guides for many current psychologies and social science scholars. Therefore, one can say that Serge Moscovici made important contributions in various disciplines such as anthropology, sociology, mathematics, and epistemology.

Thus, Serge Moscovici concerned himself with understanding both the social and psychological phenomena of the contemporary Western world. To accomplish it, he lived intensely and contributed a great extensive academic production. He’s still an influence on the new generations of psychologists and social scientists throughout the world.