Sensory Deprivation and its Frightening Effects

Sensory deprivation, particularly for a period of more than 48 hours, can have a huge effect on perception, cognition, and emotion. Experts have proven that social deprivation has similar effects. 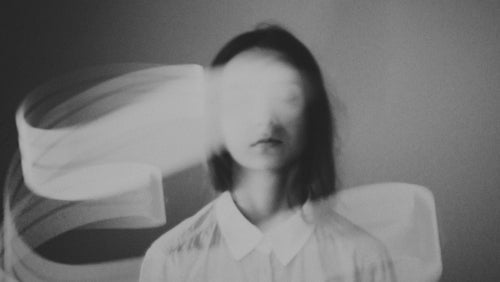 The first studies on sensory deprivation date back to the 1950s. It’s possible, however, that there were secret studies even before that decade. Researchers from McGill University in Montreal, Canada were the first to conduct related experiments with volunteers.

In its most basic form, sensory deprivation is the partial or total restriction of stimuli applied to one or several senses. It means blocking sight, hearing, touch, or everything at the same time. People have used these types of practices for therapeutic or research aims, as well as for torture.

Unfortunately, people started to become interested in sensory deprivation due to this last use. After World War II, there were reports of prisoners who would confess without being beaten. It was enough torture for their jailers to deprive their senses of environmental stimuli to produce great changes to their willpower.

Conditions of the experiments

In principle, the experimenters employed just three types of experimental conditions regarding sensory deprivation. At least, this is the case for the studies we know about.

The first is Bexton, Heton, and Scott’s study that dates back to 1954. Secondly, we have Wexler, Mendelson, Liederman, and Solomon’s study from 1958. The third is Shurley’s study from 1960.

The experiments that the researchers conducted evaluated, first of all, whether these conditions altered the perceptive processes. They concluded that they did. The deprived experience, above all, involved strong visual disruptions. The volunteer will see static objects as being in movement and changing shape or size.

They come to see things such as the walls moving and tables walking. They also have a greater level of visual sensitivity. After several days, they perceive stimuli more slowly. Subjects come to see straight likes as “S’s”. They also experience other hallucinations.

At the same time, there’s also a generalized disorientation in terms of touch and the perception of space and time. In one of the experiments, researchers showed how the effects of social isolation are similar to those of sensory deprivation.

Many of the volunteers indicated that they wanted to use their participation period in the experiment to think about personal problems for which they hadn’t had time. In the beginning, they were able to do so, but as the hours went on, it became more and more difficult to concentrate on their thoughts. After a certain amount of time, they were incapable of even counting to 30.

The researchers found that the subjects’ capacity for memorizing and retaining information improved after the experiments. At the same time, however, the capacity for abstracting, generalizing, and undertaking mathematical reasoning was reduced.

Surprisingly, the capacity for learning improves in people who go through sensory deprivation over those who don’t. However, their motor skills erode markedly, especially after being deprived of stimuli for 48 hours or more.

Some interesting conclusions about sensory deprivation

In simple terms, all the experiments showed that it’s possible to induce states of pseudopsychosis through sensory deprivation. That’s temporary psychosis. We add the prefix “pseudo” because once the experiment is over and the participant goes back to their normal life, they also recover all of their normal abilities.

One of the most interesting results was that so-called “normal” people experienced hallucinations during sensory deprivation. In those people diagnosed with schizophrenia, though, said hallucinations tended to disappear.

In the same way, the researchers found that the personality of each individual plays a role in how they will experience sensory deprivation. All of the volunteers make efforts to adapt to the conditions, but a good part of them tend to focus on the past and go into depression. Almost all of them become much more suggestible. This causes the effects of psychological torture in this state to be all the more profound, as well as those of psychological therapy.

Is Brainwashing Real or Just a Myth?
In this article, we're going to answer the question of whether brainwashing is real and tell you how the concept has developed throughout history. Read on! Read more »
Link copied!
Interesting Articles
Experiments
Basic Statistics Concepts