Sense of Humor: Is It The Same Worldwide?

Have you ever stopped to wonder why some jokes aren't funny at all to you? What's your sense of humor like? Is it the same in every country? Let's see. 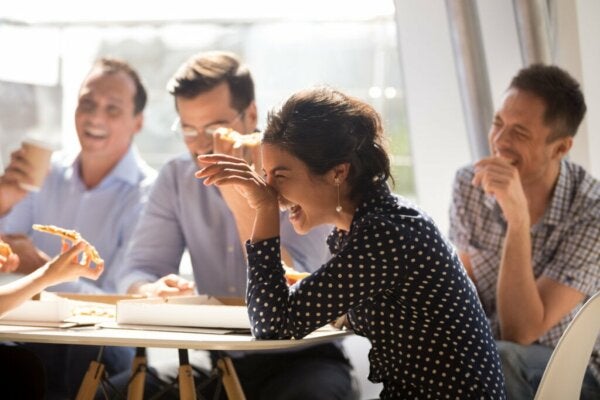 Is sense of humor in each country the same or different? According to a study by Mendiburo and Páez (2011), humor is a universal component of culture. However, it varies in how each of them demonstrates it. According to Alford and Alford (1981), these demonstrations are made through different objects and shapes.

Still, there are common elements in the humor of all cultures. For example, Mendiburo and Páez stated that most funny stimuli are related to images, ideas, texts, or acts that are somehow incongruous, unusual, unexpected, surprising, or extraordinary.

In other words, there are situations, approaches, or ideas that, generally speaking, can make people laugh. However, each country has a characteristic type of humor. This means that what’s funny to the people of one nation may be completely dull to another. As you can see, humor’s something very personal. What sense of humor does each country have, then? What does research say about it? That’s what we’ll be talking about in this article.

Is sense of humor the same worldwide?

According to the Oxford Learner’s Dictionary, humor is the ability to laugh at things that are funny. Now, according to the Merriam-Webster dictionary, a sense of humor is a personality that gives someone the ability to say funny things and see the funny side of things. Although there’s a set definition for sense of humor, there isn’t a worldwide definition of it. The truth is that it’s incredibly subjective, which makes it hard to get a proper definition of it.

Furthermore, not everyone has a sense of humor. This is unfortunate since having it and putting it into practice gives way to great benefits such as laughing, feeling happy, and overall well-being. As Charlie Chaplin once said, “A day without laughter is a day wasted”.

Moreover, it’s safe to say that the sense of humor in every country is completely different; some nations may have things in common when it comes to it, but as a whole, humor tends to be very individual. In the same way that no two people have the exact sense of humor, the same goes for countries. It’s all about individual differences versus social and cultural differences.

In this sense, culture, society, and other values ​​can influence a person’s sense of humor. You’ve probably experienced this while traveling or meeting someone foreign. For example, have you ever told a foreigner a local joke and they didn’t even smirk? Or has anyone ever told you a joke in a different country that you didn’t find funny at all? This happens a lot. However, there are common elements in all cultures, as you’ll see later.

Did you know that humor is measurable? It can be through an instrument called the Humor Styles Questionnaire. This is a 32-question test that allows you to know the type of humor you practice.

These are the categories included; affiliative humor (used to reinforce belonging to a group), self-affirming humor (based on an exaggeration of oneself), aggressive humor (focused on another person), and self-disqualification (focused on self-irony). Thus, each country has a more prominent type of humor than another.

Example of differences in humor

Dutch professor Geert Jan Hofstede conducted an interesting study in this regard. He spent years studying how sense of humor changes depending on the geographical area. Here’s an example.

Hofstede said that former President Ronald Reagan, someone with a great sense of humor, traveled to Japan to give a conference. While he was doing so, he made a joke, which the translator interpreted to the audience which, as a result, laughed out loud.

After that, the president congratulated the translator and asked them how they’d managed to interpret the meaning of his joke so well to the Japanese. Well, the translator, feeling a bit uncomfortable, replied: “Sir, I didn’t change the joke at all. I interpreted it as you said it”. As you can see, this is a great example of what we’re discussing here.

Some examples of humor in each country

How’s the humor in each country? Humor researcher and professor at the University Center of Health Sciences San Rafael-Nebrija at Nebrija University, Begoña Carbelo, contributed to the answer to this question. According to her, people in the United States tend to tell more anecdotes than jokes. In addition, she saw that Americans valued comics and cartoons more highly; it also seems that they tend to use humor as a coping mechanism against adversity.

According to Hofstede, Japanese people, for example, don’t often make jokes about themselves. On the other hand, Jews and Scottish folks do. As for English individuals, they rely more on irony and intellectual play, and use their sense of humor, above all, to attract attention or as a way to show off status.

Additionally, English people don’t care much about being funny, as stated by the researcher. Instead, their humor allows them to overcome difficult situations. What about the sense of humor of Spanish people? According to experts, their humor is more self-centered, with frequent use of double meanings and plenty of jokes.

Despite the fact that the sense of humor is different in each country, recent studies show that humor is actually more universal than we thought. For example, traditional comic stories are based on the same inflated pretensions and ridicule that we can find in comedies like Molière, Shakespeare, or Cervantes.

As you can see, sense of humor varies a lot. This variation explains why you probably don’t understand jokes from fellow foreigners or why they don’t laugh at your jokes. The culture and history of each country exert great influence in this; it’s important to consider each place’s traditions, way of being, society, norms, and values in order to truly grasp what the people there find funny. Although there are different types of humor, there are common elements or fundamental pillars to bear in mind.

For example, according to Martin (2007), in order to laugh, there must be an aspect of the stimulus in question that leads you to think that it isn’t serious. This is necessary in order for you to understand that they’re talking to you about something playful.

What Are the Benefits of Humor?
Have you ever wondered about the benefits of humor? Although seems like an uncomplicated topic, humor covers large areas not everyone knows about. Read more »
Link copied!
Interesting Articles
Culture
Post-Coital Tristesse: Characteristics and Causes

Although political propaganda fell into disuse in the last decades of the 20th century, its effects are still noticeable today.…