The Semiotic Function: Definition and Development

The semiotic function is the ability to create representations of things so that we can communicate with each other. Intrigued? Read on to find out more about how we develop this ability and why it's important. 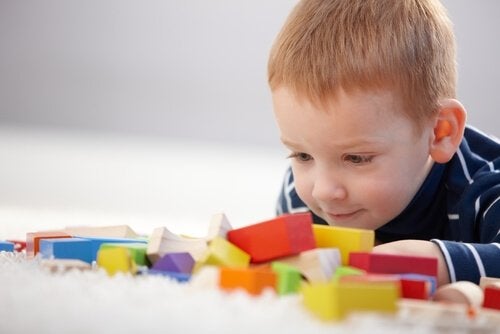 The semiotic function is the ability to create representations. It’s based on the use of signs and symbols that have distinct signifieds and signifiers. But how does it actually work?

A great example of the semiotic function that can help you understand it better is a painting by the famous French painter, Magritte. He painted a pipe and wrote the words “Ceci n’est pas une pipe” (this is not a pipe) below it. He wanted to make it clear that although the painting certainly evoked a pipe, it wasn’t actually a pipe. It is, in this case, a symbolic representation of a pipe.

In this example, Magritte used the semiotic function to make art. However, human beings use symbolic representations every day. In this article, we’re going to talk about the different representations that exist according to the relationship between their signifier and their signified (meaning).

Representations play an important role in our lives. You constantly use signs and symbols that help you to plan, communicate, and orient your actions. They allow us to mentally interact with something without having to experience it in real life.

Each representation has two elements: a signifier and a signified. The former refers to the physical component of the representation. For example, the letters that form a word or the paint strokes that form an image. The signified, on the other hand, is the image that forms in your brain when you see that particular symbol.

The use of representations opens up a world of possibilities for psychological development. It allows the subject to distance themselves from the present situation and experience different places in time and space. It even gives human beings the ability to create fictional worlds that only exist in our minds.

Ferdinand de Saussure classified representations into three distinct types. The difference between them lies in the degree of connection between the signified and the signifier:

Manifestation of the semiotic function

The ability to create representations becomes clearer during the last phases of the sensorimotor stage of human development. However, the semiotic function doesn’t develop suddenly. Little by little, children learn to use more representations and more semiotic behavior.

Starting during this stage, you see many examples of the semiotic function in children’s behavior:

The semiotic function and human history

In conclusion, it’s safe to say that the semiotic function is one of the most important human abilities. Thanks to the semiotic function, we’ve been able to communicate in such a way that we created a culture that facilitated the survival and advancement of our species.

As a result, studying and researching the semiotic function has helped us better understand the impact that this ability has on our lives.

The Broca Area and Language Production
Language production is the ability to communicate using language. Problems in the Broca area can have serious consequences in using language and communicating. Read more »
Link copied!
Interesting Articles
Psychology
How to Retain Freedom in a Relationship

Albert Einstein was a man who deserved to be listened to. Fortunately for us, he left us some great teachings,…

Surely you’ve used reverse psychology at some point, even if you aren’t or weren’t conscious of the power it holds.…

Bronfenbrenner's ecological systems theory is one of the most accepted explanations regarding the influence of social environments on human development.…

Psychology
The 4 Codes of Life, According to Toltec Wisdom

Don Miguel Ruiz is a Mexican researcher, writer, and descendant of the Toltec people. His most famous book is The Four Agreements,…

Psychology
Do Something Good Every Day. Goodness Is More Rewarding Than Money

Do something good every day for yourself and for others. Kindness is the best investment. It turns into good feelings, good experiences…