Pollyanna Principle: The Ability to Focus Only on the Positive 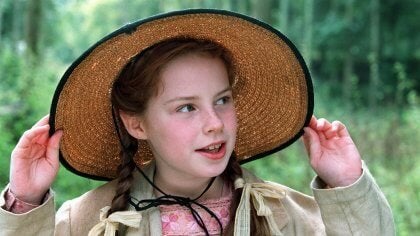 The Pollyanna principle originated from Eleanor H. Porter’s novels. The novels’ main character is a little girl, Pollyanna, who has the ability to see only the positive side of things. That invincible and determined optimism served as an inspiration to define the bias that may actually help us live happier lives.

Should we focus on the positivity that this psychological principle promotes? It’s possible that most of our readers have serious doubts about this. Occasionally, those rose-colored glasses can keep us from seeing certain perspectives. For example, certain things that are relevant and that, if we miss them, may deduct realism.

“The game consists of finding something to be glad about in every situation.”

The positive psychology boom led by Martin Seligman is getting important reforms. Institutions such as the University of Buckingham, the first-world institute that educates using the fundamentals of this doctrine, is changing their foundations. One of them is related to the definition of happiness.

In a way, we could say that this “new” positive psychology abandoned the pretext of teaching us to be happier. The famous culture of happiness in those self-help books is giving way to a new perspective. This new perspective also gives us tools to deal with negative things and hardships. Because in life, not everything we encounter is nice and optimist, as Pollyanna used to see it.

What is the Pollyanna principle?

After becoming an orphan, Pollyanna had to go live with her bitter and strict aunt Polly. Not giving up her optimism, she insisted on applying the philosophy that her father had taught her from an early age. This philosophy was the idea that she could transform her world and only see the positive things. Thus, not giving importance to how unfortunate any situation was, Pollyanna was able to face her circumstances with optimism and cheerful determination.

Likewise, this literary character used to cause an important effect on others. Sooner or later, the girl’s joyful personality would win over the most greedy, apathetic, and sad characters. Eleanor H. Porter’s books transmitted a message of absolute positivism. Consequently, this optimism helped inspire a couple of psychologists in the 1970s, Margaret Matlin and David Stang.

Who applies the Pollyanna principle?

Doctor Steven Novella, a renowned neurophysicist at Yale University, has multiple works and studies on those false memories people create with this doctrine. A curious factor about the Pollyanna principle is that optimists don’t normally remember negative events in their life very well.

The quality of their memory is optimal and perfect for positive events. However, they don’t consider painful events important in their life.

In 2014, Cornell University did a study to find out if our language tilts toward aggressiveness or toward a more positive bias. Professor Peter Dodds and his team analyzed more than 100,000 words in 10 different languages. They even analyzed interactions in social media.

They found that the messages we send had a clear positive emotional bias. This conclusion is consistent with Matlin and Stang’s. Thus, it proved that people tend to lean toward the Pollyanna principle.

Criticisms of the Pollyanna principle

Some psychologists call it the Pollyanna syndrome instead of the Pollyanna principle. This change of terminology seeks to raise awareness of the limitations and troublesome aspects of this doctrine when adopted to an extreme.

For example, if we chose to only pay attention to the positive side of life, it’s possible that we may have difficulties when it comes to managing hardships. The Pollyanna principle helps in some situations. Always having a positive and joyful attitude motivates us. However, it’s also important to experience negative situations and learn from them. Our reality includes lights and shadows alike. We can’t always choose the bright side.

What should we do then? Is it appropriate to follow the Pollyanna principle? The key to this answer, as in many things in life, is balance. It’s ideal to have a perspective oriented towards the brighter side that doesn’t shy away from difficulties. Positive psychology is always inspiring, but sometimes we can’t control the things that happen to us.

We must be prepared to cope with any situation and know that we have to deal with light, shadows, and all the gray shades in between.

Optimistic People Need to Cry Too
Optimistic people surround themselves with good friends. They know how to be grateful and to forgive. Read more »
Link copied!
Interesting Articles
Culture
The Tree of Wishes, An Osho Story

The tree of wishes is one of Osho's best-known stories. Osho was one of the most important religious leaders of the…

Several approaches strive to understand the rules that govern human thought and action. Structuralism is one of the most significant…

Relationship anarchy is a school of thought that advocates for relationship without labels or set hierarchies. This kind of anarchy aims…