Self-Love is the Balm that Heals All Wounds

Self-love has the power to heal wounds and repair broken hearts. It's the antidote against laziness, apathy, and self-contempt. How can it be cultivated? 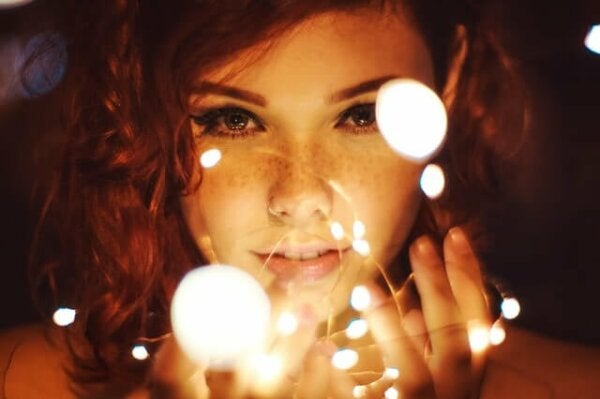 How much do you love yourself? Think about it. You may not have asked yourself that question or you may not have even reflected on it. It’s okay and more normal than you think. Most people have a bad habit of ignoring their own needs. It’s as if they don’t matter, as if they’re invisible to their own eyes. Furthermore, it’s as if taking care of themselves wasn’t a priority. As if they don’t have a place for self-love, even though it’s the balm that can heal all wounds.

How do you treat yourself? Have you ever stopped to reflect on it? You may not know it but the way people speak to themselves is important. This is because your conception of who you are, and, ultimately, the value you place on yourself, definitely influences how you feel. The problem is, people seldom think about this.

If you’re like most people, you probably usually tiptoe your way around the world. Perhaps you’re not delving too deeply into how what happens around you affects you. It’s as if you didn’t attach importance to your personal well-being. The point is that the weight of the daily routine increases as time passes by. Thus, you may find yourself within a gray mist that slowly torments you if you tend to neglect yourself.

Living without connecting to your inner self has consequences, even if you’re not aware of it. You’ll see an example of it in the short film at the end of the article. Now, what can you do to free yourself from the automation web? How can you prevent the labels and negative messages you’ve received from continuing to grow inside you? Continue reading to delve deeper into it.

The weight of outside messages

People grow up hearing all kinds of messages about who they are from a tender age. Everything ranging from what they should feel to how they should act. Parents, family, teachers, friends, life partners… everyone always has something to say to you. Their intentions are good, of course. At least they are most of the time. However, such “feedback” isn’t always favorable or suitable for your needs.

From “You can’t do that, stop dreaming” to “Stop wasting your time and focus on what’s truly important” to “You won’t succeed” to simply “You’re such dreamer”. The point is, all the messages you receive affect you in one way or another, especially during your childhood. In fact, some of them shape your identity while others take the shape of mandates you must adhere to. Of course, you feel guilty when you don’t.

In some cases, learned guilt causes the emotional wound of rejection. It’s a deeply painful feeling that translates into a deeper feeling of self-contempt. Thus, it results in your self undervaluation and, therefore, a huge void in your self-love. As you can see, growing with this wound turns into a rather painful reality.

“It took me a long time to learn not to judge myself through someone else’s eyes.”

The judgments from your internal critic

Feeling rejected by others and, ultimately, by yourself, creates a mental trap built by your internal critic. It’s that voice that comes from inside you; the one dedicated to judging how you think, feel, and act. In addition, it’ll use any strategy to do so: comparisons, destructive criticism, and all sorts of disqualifications.

Phrases like “I shouldn’t have said it”, “I should’ve done it differently“, “Nothing ever goes my way”, or “I’m a disaster” are just some examples of dialogues carried out by your internal critic. The problem is that you seldom question it and, in fact, probably do the contrary. Most people have messages that are so ingrained that they mistake them for absolute truths. In fact, everything you do confirms it. This is because if you don’t consider yourself a good candidate for a job, a good leader, or a good writer, then you probably won’t even try to do it. Also, you might even boycott your efforts or simply lose hope altogether.

The influence of social networks

One of the problems that greatly increases comparisons and negative self-criticism these days are social networks. This is because they create alternative realities that can get you if you’re not paying attention. Spending many hours immersed in a scenario of simulated appearances and feelings can lead you to believe this is the only thing that matters. The truth is, this platform is only a showcase. A place in which every person presents the image they want others to see.

According to psychotherapist Sherrie Campbell, social networks create a false illusion of belonging and connection with others. In fact, they encourage people to give too much weight to an imaginary online world.

The point is that, if you despise and reject yourself, that is, if you have a negative image of yourself, then social networks will increase this perception. In fact, it’s the false tests that’ll confirm how boring you and your life are and even how lonely you might be.

Self-love is the balm that heals wounds

It isn’t easy to follow the lifestyle that your “friends” show on social networks. A study from the University of Pittsburgh in Pennsylvania affirms that checking social media too often leads to envy. It also creates the distorted belief that others have a much more original, happy, and interesting life.

As you can see, you’re an expert in mistreating yourself. Especially when you compare your life with the lives of others and don’t think it absurd. Why waste your time comparing the conditions, characteristics, perspectives, and experiences of people? They’re all different.

For example, the protagonist of the short film Overcomer is an example of how social networks can be a double-edged sword. Mainly if there are wounds from the past that haven’t healed. Most likely because the person who bears the weight of a wound usually filters reality through it. As you can see, your mind often operates from cognitive distortions (wrong ways of processing information or misrepresentations). They may be things such as selective abstraction, personalization, labeling, and emotional reasoning. Do you realize how social media encourages this type of mechanism?

Self-love is the balm that heals wounds – reuniting with yourself

What to do to stop your internal judge? How to rebuild your broken parts? Is it possible to stop the mental maze that keeps you trapped in self-contempt? It seems the protagonist of the short film below discovers the secret ingredient in the end. She realizes that self-love is the balm that heals all wounds.

Now, it isn’t easy to reconcile with yourself. Much less when you haven’t been too nice to yourself for a while. You may have spent many years training your criticism, demands, and disqualifications. The good news is that, suddenly, almost by magic, you’ll begin to love yourself again. However, it takes a lot of patience, effort, acceptance, and, of course, self-commitment.

Often, embracing your broken parts will be painful at first, but it’ll also instill courage and the ability to forgive yourself and others. Being able to love yourself when it’s precisely what you need the most, and didn’t know it, requires a lot of strength and effort.

Conclusion on self-love is the balm that heals all wounds

As you can see, self-love, the balm that heals all wounds, is built little by little. It’s delicately woven and you must maintain it every day. It’s the light everyone carries inside, but that sometimes costs so much to load with intensity. Loving yourself is the support of your well-being, the hug that shelters you, and the balm that heals your wounds.

Finally, here’s the wonderful short film we mentioned above:

How Social Networks Affect Our Self-Esteem
Social networks affects our self-esteem in many ways. In this article, we'll explore some negative consequences of too much social media. Read more »
Link copied!
Interesting Articles
Self-esteem
The Spotlight Effect: Making Mountains out of Molehills

Self-esteem
The Art of Self-Compassion

Most people are very critical and hard on themselves. This is true especially when you think you're lacking in something or have some sort of defect. People usually mistreat themselves…

Self-esteem
How to Train Your Brain to Be Happier

Is it possible to train your brain to be happier? Nowadays, there are countless miracle cures for happiness. Thus, you…

Self-esteem
Improving our self-esteem by being realistic

Improving our self-esteem is one of the top goals in many therapy interventions, it's one of the basic elements that…