The Secret of the Golden Flower: A Book on Meditation 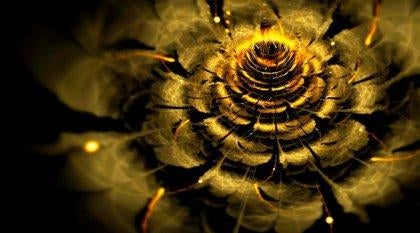 The Secret of the Golden Flower is a book on meditation and Chinese alchemy. Richard Wilhelm translated the classic while Carl Jung wrote the prologue. Light, symbolized by a golden flower, is a metaphor. Everything moves and comes from the center of power. Therefore, we awaken or open our consciousness towards this Light.

This book is one of the most important Taoist texts in the Taoist religion. However, it’s also very controversial. The Secret of the Golden Flower is a “Westernized” translation of one of Asia’s greatest spiritual legacies. Similarly, The Tibetan Book of the Dead, a Chinese yoga manual, has been simplified for Westerners.

The Chinese wrote the first known text on esotericism on wooden boards in the 7th century, but it was passed down orally. The Religion of Light with its leader Lu Yan collected its principles, codes, and knowledge. As it’s believed, all those methods are ideas from Persia which date back from the hermetic Egyptian tradition.

Their religion is very complex. An example is the alchemy process that enlightens the being of spiritual awareness. To do this, we must focus on an inner sacred space, that golden flower which is both the beginning and end. Although Wilhelm and Carl Jung omitted many concepts, it’s a background work on that philosophy.

“The Golden Flower is the Light, and the Light of Heaven is the Tao. There is the “germinal vesicle” where nature and life are still a unit. Alchemy process begins to take place when darkness gives birth to Light.”

-The Secret of the Golden Flower-

The Secret of the Golden Flower: An inner search

In his memoirs, Carl Jung said that he was always interested in Eastern philosophy. In 1920, he began his thorough research on the I Ching, overlooking the ancient wisdom’s figurative language and Eastern traditions. It was exactly in those years when he met Richard Wilhelm, a well-known sinologist, theologian, and German missionary. Richard Wilhelm specialized mainly in translating Chinese texts to German.

The idea of translating the book The Secret of the Golden Flower originated after the two met at the School of Wisdom and later at the psychology club. In 1923, he completed the work with prologue and comments by Jung. In 1931, Carl Baynes translated it into English. It became a best-seller really fast because it talked about Chinese yoga. However, does The Secret of the Golden Flower really talk about yoga and meditation only? Absolutely.

The importance of cultivating our inner golden flower

The original title of the book was something like Instructions on How to Cultivate the Golden Flower. To understand the purpose of this book, we must know first what the golden flower means.

From a Western viewpoint, the principles in The Secret of the Golden Flower seem detached or unfamiliar. However, let’s follow Carl Jung’s interpretation for now. He was a psychiatrist and pioneer of analytical psychology and the meaning of this book captivated him for many years. The golden flower allows us to set aside our occupied minds conditioned by society. This way, we’ll reach a higher level and we’ll be free, creative, and enjoy a heavenly mental state.

Light always filters through our vortices. Our consciousness influences everything we want, dream, or surrounds us. So, we must look inward to let the golden flower grow and awaken our consciousness.

Calm the mind to open the heart

At this point, many of our readers may have questions. What kind of alchemy/meditation should I do to achieve that Light described in The Secret of the Golden Flower? The answer is simple, but requires great dedication, practice, and willpower: we must learn how to calm our mind to open our heart.

The Secret of the Golden Flower demands that we practice regular meditation. This practice removes those layers that have trapped and conditioned our mind until we see a mandala. It’s a figure that contains the glowing alchemy symbol that will free us completely: the golden flower.

Carl Jung’s 11 Best Books
Carl Jung's books go beyond a simple analysis of human behavior. He was a pioneer of deep psychology and a prolific author. Read more »

Culture
Drink Water So Your Brain Can Perform To Its Fullest

"Two liters of water per day keeps your body hydrated." Surely you have read this phrase many times. But what…

We all go through bad and depressing experiences. A heated discussion, being the target of injustice, or other bad situations…