Cognitive therapy uses classic Socratic methods in an attempt to get a schizoid patient to abandon their belief that the world is a hostile place where they'll experience rejection. 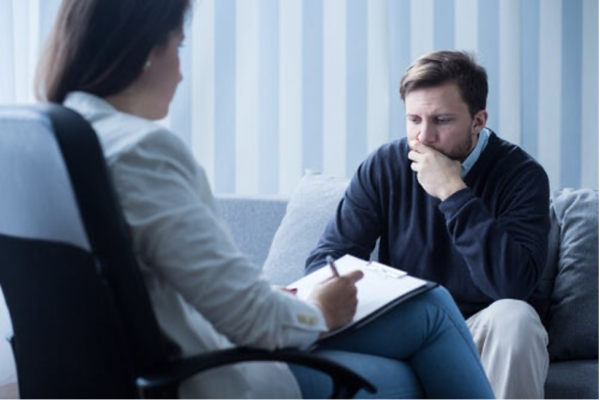 When you think of schizoid personality disorder, you might think of characters like Heidi’s hermit grandfather. Or perhaps your strange neighbor, who’s always on their computer and never leaves their house.

This is because the fundamental characteristic of this disorder is detachment in social relationships. Furthermore, poor expression and emotional variation in interpersonal contexts. It’s a disorder that starts in early adulthood. According to the DSM-5, it can be diagnosed if the patient suffers four of the following symptoms or characteristics:

As you can see, schizoids show very little interest in interacting with others, except their closest family members. Even so, they prefer spending most of their time alone and doing things that don’t involve others.

They aren’t very affectionate. They tend to look slow and lethargic. Furthermore, if they speak, that also tends to be slow and monotonous. If they’re asked about their emotions, they’ll rarely speak about any intense emotion like love or hate. Indeed, ultimately, they end up being ignored or pushed to the side. This means that their social skills decline, basically through lack of practice.

Some authors have proposed subtypes within the category of schizoid personality disorder. For example, Millon and Davis (1996) presented the following:

How does schizoid personality disorder develop?

Schizoid personality disorder can develop due to a combination of genetics and environment. Regarding environmental effects, the schizoid usually grows up in a home where they feel rejected or different. Indeed, they usually end up seeing themselves as being worth less than other family members. Consequently, this perpetuates their idea that they’re strange and different. Furthermore, believing that the people around them are unpleasant and will reject them.

In this sense, they generate a series of safety standards that lead them to a lonely lifestyle. Indeed, they believe that they just have to face the rejection and put-downs of others. It seems that they use this attitude as a type of shield against the pain that life might bring them.

Cognitive therapy allows us to find the different beliefs housed in the minds of these patients. Beliefs like “I’m a misfit”, “I’m only half a person”, “I’m strange”, “I’m a loner”, “People are cruel”, or “People are disappointing”.

From these beliefs, they develop assumptions that make them believe things like “If I talk to other people, they’ll just reject me” or “I don’t fit in, so I can’t have friends”.

Cognitive therapy in the treatment of schizoid personality disorder

The therapeutic relationship is, in itself, interpersonal. Therefore, the person with schizoid personality disorder will probably find it difficult to participate in therapy. They’re also likely to not care if they continue the treatment or not.

In cognitive therapy, depending on each individual patient, they set certain goals. Indeed, it’s extremely important for the patient to set their own goals in order of importance to them, and not the therapist.

The reason for this is that the therapist, who has no problems in social relationships, might think the patient’s goals are rather lame and unambitious. However, the therapist must understand that, for the schizoid patient, these goals reflect probably the highest level of sociability that they’re ever going to achieve in their life. Therefore, the therapist must adapt to the patient, and not the other way around.

As we mentioned above, cognitive therapy in schizoid personality disorder works with the beliefs and dysfunctional assumptions of the sufferer. Through techniques like Socratic questioning, verbal reattribution, and behavioral experiments, the therapist tries to make the schizoid person realize that “the hostile world” of their mind is, indeed, just in their mind.

Cognitive therapy uses the technique of the “Padesky Prejudice Metaphor” (1993). The patient is asked to collect all possible information that contradicts their belief that they’re “strange” or “not normal”. This way, the patient sees for themselves that they’re not 100 percent strange. That, despite their disorder, they often do the same things as other people.

They’re given a homework task in which they must write down everything they’ve done that a “normal” person would do. For example, making coffee for their mother, chatting with a neighbor in the supermarket queue, going to cognitive therapy, etc.

Another goal, whenever the patient feels ready, is for them to try to make some friends. This could even be done in a virtual way. The idea is that, when they have contact with other people, they confront their assumptions and beliefs.

It’s quite normal for these patients to give up on their therapy before completing it. Therefore, the therapist needs to stay one step ahead. They could, for instance, design a summary report for the patient. In this report, they could point out certain aspects the patient can still improve on.

What Do You Know about Schizoid Personality Disorder?
Schizoid personality disorder is a general pattern of distancing oneself from social relationships and having a restricted range of expression of emotions. Read more »
Link copied!
Interesting Articles
Personality Psychology
The Psychology of Superstition