Saying Goodbye to Someone Who's Going to Pass On 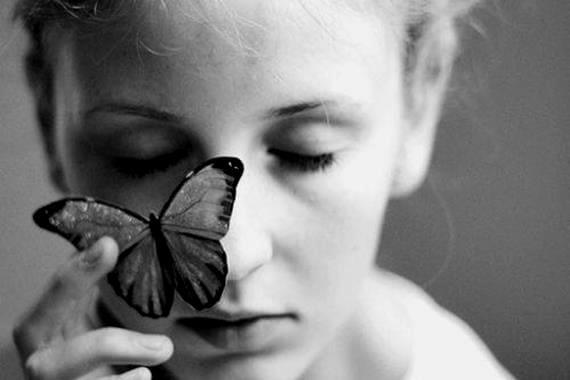 When someone you love is going to die, it’s hard to find the words to say goodbye. In the midst of all the anguish, sometimes they end up coming like a waterfall, but nothing you say can fill the emptiness that’s twisting you up on the inside. You know that a colorful garden of colors that once bloomed inside you will also die, and that nobody else will be able to make it grow again.

Those are loved ones: flowery gardens that give vibrance to your life, rain to your deserts, color to your gray afternoons, and shade when the sun burns. Sometimes you forget that no garden can bloom forever, that a stubborn winter will always come to force you to say goodbye.

“Life is endless, and shedding your clothing isn’t the same thing as dying.”

Until not long ago, death was a strange visitor that presented itself without warning. But now, it’s different. Science is capable of keeping you alive, even if you’re just a body without consciousness that breathes and has a heartbeat. Science has also given us the opportunity to prolong the pain without the hope of finding relief.

On the other hand, it’s also now possible to pick the day, time, and manner in which you want to die, to put you in a place that science has never been able to name. Euthanasia is a kind of programmed death that, because it’s foreseeable, leaves us with no less comfort and no more feeling of control.

Saying goodbye without knowing how

We’re all condemned to death the second we’re born. But not knowing when we’ll go opens a fan of uncertainty, which is encouraging and frightening at the same time. However, when death has a determined month, day, and time, the clock starts to speed up to the rhythm of anxiety. One minute more is one minute less. And so every shared experience becomes another way to say goodbye.

Euthanasia is one of those complex situations that puts you in front of a painful paradox. On the one hand, you want to respect the will of the other person, and you should be ready to say goodbye with gratitude in your heart. But on the other hand, you feel a bit desperate when you imagine what the world will be like without that person, how it will be to look for them and not find them, except in the dry tracks of your own tears.

Nobody says goodbye to life without sadness. Nobody makes the decision to practice euthanasia without spending many sleepless early mornings looking for solutions that never appear. The physical and emotional pain needs to end.

The decision is made when they know that when they cross that border, they can never be the same, but that suffering has invaded every second of every minute, and they have no more individual freedom. At that point, death becomes an escape.

I’m going, but the birds will keep singing

It isn’t easy to understand and accept that somebody has made the decision to die. You refuse to say goodbye not only to your loved one, but also to the idea that humans have control over their destiny, by defining the moment their life should end.

It hurts to admit these truths, because you know that a part of you will die along with the person who’s leaving you. Saying goodbye is the start of an uncertain journey that takes you everywhere and nowhere.

Every time you see that person, you’re assaulted by bursts of panic, when you remember that they’re here now, but in a week you’ll never see them again. That these are the last smiles, the last words you’ll ever share with them, and then never again.

And you cry on the inside, so that the brave person in front of you doesn’t see your tears, because you have to say one goodbye, but they have to say many. You want to hug that person and never let them go, but you know that your only job now is to let go.

The anxiety increases when you realize that they will die, but that the love you feel for them won’t. That will survive, and first it will transform into a silent agony, when you go over their absence in your memory, when you miss their laugh, when you want to ask them what they knew and you didn’t, or when you need to feel their kindness instead of all the coldness that’s taken over you. You understand that you’ll have to say goodbye to them many times, even after they’ve gone.

After that first big moment of pain passes, you’ll go back to that garden that is now uninhabited and you’ll see with surprise that the flowers have gone, but their smell hasn’t. And neither has the song of the birds, which is now music that protects your heart. You’ll understand that some seeds have an eternal harvest, and you’ll say, along with the poet Renseki, “I have cleaned the mirror of my heart…Now it reflects the moon.”

Life Isn’t the Same After the Death of a Friend

Useful advice is a valuable gift, especially during difficult times. Who hasn't been through a time when it felt like there…

Wellness
There is Nothing Else but the Here and Now

You, who wake up every morning with disheveled hair, trying to delay what will be the start of a new…

Wellness
Money Can Only Buy You So Much, the Rest Must Be Achieved

In the society in which we live in, it's easy to confuse material things and money with happiness. The truth…