Sandro Botticelli: Biography and Metamorphosis of the Soul

Today, we'll learn about the life and work of this extraordinary Renaissance painter. Even today, his rich legacy is the subject of discussion and different interpretations. 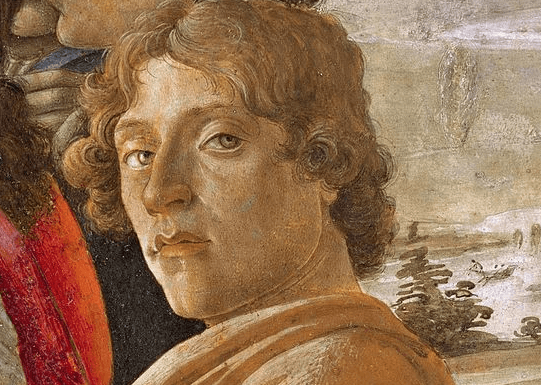 Today, we’ll travel back several hundred years to the Renaissance to learn about Sandro Botticelli, one of the most renowned and iconic painters of that era. Botticelli came into the world at a very special moment in history. He was born in Florence, Italy, a city that was at the crossroads of Aristotelian and academic ideas inspired by classic thinkers, especially Plato.

Those close to him called him Flipepi (from his last name). Sandro Botticelli eventually gained international recognition for his paintings, which many consider some of the greatest creations from this prolific and inspired artistic period.

The story of his life is a play in chiaroscuro where society recognized him for his talent as a young man but shunned him during his later period. His relationship with key historical figures such as Giacomo Savonarola seems to have seriously affected his reputation.

Botticelli’s paintings are still subject to some controversy. The classic theories propose a purely religious interpretation of his great works. There are, however, other theories that emphasize symbolic references to ancient mysteries in his paintings. These mysteries had been rediscovered by subscribers to Renaissance Neoplatonism. Religious reformation, the counterreformation, and witch hunts had essentially driven this knowledge underground.

Alessandro de Mariano di Vanni Filipepi, known as Sandro Botticelli, was born in Florence. Boticelli left Florence only once in his life. It was an integral part of his life and an inspiration for his work. Florence witnessed his birth, life, and death. The city was his accomplice and a refuge for his extraordinary talent, his lovers, his secrets, and his most mystical desires.

Although we don’t have a lot of information about his early life, we do know that Sandro Botticelli debuted in the artistic world at the age of 14. Thanks to his family’s friendship with Vespucci, Botticelli became a disciple of the great Filippo Lippi. Lippi had an important influence on all of Botticelli’s work. The younger painter also managed to adopt the detailed artistic technique of his teacher.

The delicate expressions on his faces and his masterful decorate quality quickly made him one of the most popular painters in Florence.

When he was 15, he opened his own studio, where he developed a taste for Platonism. He expressed it by painting realistic figures in a sad, melancholic style. It was Neoplatonism mixed with Christian inspiration and also some Pagan elements.

Many of his biographers and some historians believe that there was a situation of unrequited love for his The Birth of Venus model. Nevertheless, no one has ever proven this hypothesis. We do know that Sandro Botticelli had a relationship with a young man and was accused of sodomy (but never tried or sentenced).

Beyond theories about his love life, we know that Botticelli gained recognition, fame, money, and great prestige. The fact that he was connected with the Medici family early on boosted his social standing.

Botticelli’s fame grew and grew. Florentians knew his talent well and the Medici family sought him out to paint their most important members.

His relationship with the Medicis took Botticelli’s success to dizzying heights. Because of that connection, the Papacy in Rome invited him to paint sections of the Sistine Chapel. His work for that particular project included three large pieces and several portraits.

His later career was influenced by one of the most famous men of the Florentine Renaissance: Girolamo Savonarola. Savonarola was a charismatic Dominican friar who railed against the moral corruption of the clergy. His sermons inspired new ideological convictions that captured the hearts and minds of many thinkers and artists, Botticelli included.

These were tumultuous times in Florence and the Vatican didn’t take kindly to Savonarola’s preaching on religious and moral questions. So they accused him of heresy and burned him at the stake. Botticelli’s relationship with the friar and his admiration for his ideas caused a lot of problems after Savonarola’s fall and tragic end.

After that, Botticelli witnessed an important change within the Renassaince movement. The techniques and styles changed very quickly and Botticelli started to fall behind.

The new painters and thinkers such as Leonardo da Vinci or Michelangelo were using newer techniques that quickly eclipsed the others. On May 17, 1510, Sandro Botticelli died in the same city where he was born.

The work of Sandro Botticelli is extensive and well-known. Unlike many famous painters, he was able to enjoy his fame while he was still alive. Shortly after his death, however, the magnificent talent of the late Renaissance cast a shadow on his work.

It wasn’t until the 19th century that Botticelli’s work became popular again. Only then did people begin to give his paintings the attention they deserved.

Botticelli was a prolific painter. He did 102 drawings to illustrate The Divine Comedy by Dante. He also painted famous works such as The Adoration of the Magi, Venus and Mars, Pallas and the Centaur, The Temptation of Christ, Madonna of the Rose Garden, or Annunciation.

Sandro Botticelli and the metamorphosis of the soul

We can’t finish this article without highlighting his two most famous paintings: The Birth of Venus and Spring. The Medici family commissioned these two pieces, along with Pallas and the Centaur. They supposedly represented the metamorphosis of the soul from the Platonic philosophy developed by the Ficino academy.

It’s noteworthy that some experts believe that Spring and the Birth of Venus represent writing from Ovid that talks about the transmutation of the soul through grace and other elements. In other words, a return to the primal spiritual state of human beings. Guided by the souls beyond the grave, you can reach transcendence.

In conclusion, Sandro Botticelli’s work is some of the most interesting from the Renaissance, this period of splendor and artistic fervor that drastically changed our civilization.

Raphael Sanzio: Biography of a Renassaince Painter
Raphael Sanzio is indisputably one of the greatest artists of the High Renaissance. He was a renowned painter, well-respected by his peers. Read more »
Link copied!
Interesting Articles
Biographies
Otto Fenichel: A Second-Generation Psychoanalyst