Samurai Principles - How to Live a Balanced Life

Want to be as courageous as a Samurai? These ancient Japanese warriors have inspired millions. Sound Samurai principles define their life. Ready to follow their principles to live a more balanced life similar to theirs? 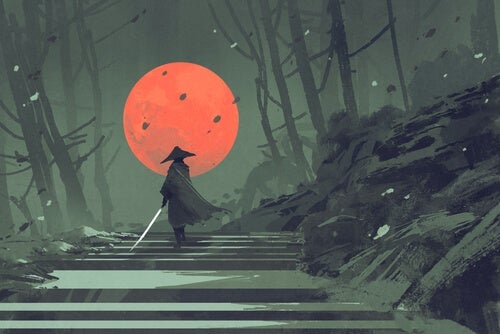 The ancient Japanese warrior class of the samurai has inspired millions of people around the world. Their expert tasks go everywhere from the pursuit of efficiency in everything to developing artistry around something as brutal as mortal combat. They live their inspiring lives following a set of sound philosophical samurai principles.

More importantly, the beauty of ancient Japanese culture is woven throughout all of it. These incredible warriors have inspired many.

There isn’t much use for a sword-wielding warrior in the 21st century. Nevertheless, the Way of the Warrior, the samurai’s code of ethics, referred to as Bushido, is a useful set of principles to help you live a more balanced life. Besides, it just so happens that they’re principles we may use now more than ever. Here are the eight samurai principles of Bushido:

“A warrior is worthless unless he rises above others and stands strong in the midst of a storm.”

One of the first samurai principles of the list is compassion. With great power, comes great responsibility. You must seek opportunities to use your power for the greater good, understanding the pain of others, and desiring to help in any way that you can.

True compassion is understanding. Therefore, we mustn0t only understand our own place, yet also the wishes and desires of others, and how our actions affect those people. Be compassionate.

This principle is often referred to as justice, and it’s about striving to do the right thing. You can’t control the rest of the world, but you can seek to follow the way of righteousness in your own life.

Keep in mind that being righteous is much more than simply doing the proper thing when dealing with other people. This wonderful principle also encompasses maintaining integrity when nobody’s watching.

Truthfulness encompasses two different qualities – dependability and honesty. The word of a person has great value, yet the value of those words lessens over time as each lie or failed promise builds.

To follow this principle, one of our favorite samurai principles on the list is to seek to remain honest in how you speak. This way, other people will know you’re not only telling the truth but also that they can count on you following through.

Be loyal. Every samurai truly understands his place in the world. Closely aligned with truthfulness, those you care about and work with should know that they can count on you no matter what.

This kind of fierce loyalty not only helps others but it also helps you create unbreakable bonds because it communicates and reflects how valuable they are to you. This samurai teaching works just about everywhere.

Samurai treasure honor above every other quality. As a samurai, your honor was everything and to be dishonored was worth more than death. In fact, for a samurai, dishonor often resulted in a samurai committing what was called harakiri, or ritual suicide with a katana.

Clearly, the average person doesn’t live by such principles. However, honor is critical to realizing your best self. Honor is a representation of who you are as a person. It’s your word, your actions, and your very worth as a person reflected in others.

When one has power, one must also know when and how to wisely use that power. Power can easily corrupt a samurai’s ability to kill another human being with ease. It’s a power that has to be wielded with great respect and wisdom. Not just for others, but for oneself, to avoid corrupting one’s soul.

There are many forms of power in the globe, and virtually all of them can be used to either hurt or help. One must live one’s life in a way that respects others, while learning to use one’s power to live most effectively.

Samurai would’ve made excellent Gryffindors. It’s no surprise whatsoever that a samurai warrior must be courageous. However, keep in mind that courage is about more than just the courage to face your own death in combat.

In order to be utterly courageous, one has to face one’s life as a whole with the confidence necessary to realize happiness, while overcoming one’s challenges. This is one of our favorite samurai qualities.

The last of the list of samurai principles of the Bushido is self-control. If you have self-control, you’ll be able to exemplify and pursue the entire code. The first seven principles encompass all the things that are important for the samurai to follow.

Nevertheless, just as important is an emphasis on following the principles themselves. As poetic as the principles sound, if you don’t have self-control in order to actually follow through with them, they’re absolutely useless.

We hope these brilliant samurai principles inspire you to live a highly balanced life. As you can see, the Way of the Warrior was less intellectual than it was action-oriented, with the expression and fulfillment of character being at the forefront. As we mentioned above, you need great self-control to follow through with the principles.

Personal Development
The Essential Keys for Working with Others

In this article, we'll discuss the keys to working well with others, which you'll need in many jobs. This is…