Harry Potter fandom is one of the largest, most active and productive we've ever seen. In this article, we'll be asking some questions about their future and possible evolution, while, at the same time, inviting you to reflect on the phenomenon. 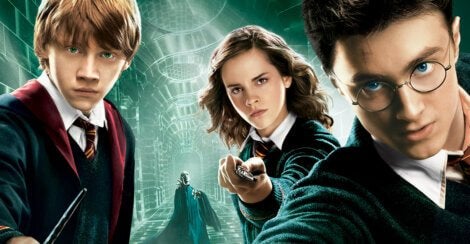 Harry Potter is in the same league as The Simpsons in popularity. It’s become such a phenomenon that, whether we like it or not, or whether we even know too much about it, we can still all identify with it to some degree. The most famous magician of the last few decades has left a deep impression on his legions of fans around the world. In this article, we’ll be telling you everything you need to know about the world of Harry Potter fandom.

It’s been a long time since Harry Potter and the Deathly Hallows premiered. However, far from falling into oblivion or nostalgia, the young magician has remained in people’s memories and has managed to keep an extraordinarily faithful and productive fandom.

So how did this phenomenon come about? And how will it evolve in the future? In this article, we intend to answer these questions as far as we can.

Broadly speaking, we can define a fan as a person who admires or idolizes another person. This other person could be a sportsman, a singer, or an actor, someone who’s generally known in the media. However, you can also be a fan of a genre, a series, a film or, as in the case of Harry Potter, a saga.

The fan effect is also especially common among teenagers, as it’s a time when their identity is being created. Fans tend to follow and even imitate the object of admiration – a process of identification takes place.

Fans get involved with everything that has to do with their idol. They group themselves in communities and share the same ways of communicating or greeting, among other things. In turn, they may produce stories or audiovisual material related to their object of admiration.

The Internet has greatly favored the creation of spaces and communication between fans. As a consequence, we can easily find legions of followers who produce, share, debate, and investigate.

Companies and advertising firms know this perfectly well. After all, fans are consumers and, without a doubt, when a phenomenon of this nature reaches as high a level as Harry Potter, then business is for the taking!

Characters to identify with

In the previous point, we talked about a process of identification between the fans and the phenomenon they idolize. Likewise, we noted that this process usually finds its peak in adolescence. Thus, if we apply this idea to the Harry Potter fandom, we find a rather curious fact.

Let’s think, for a moment, about each of the books that make up the saga. What can we see? That each book seems to correspond to a specific school year that Harry was in, and, consequently, to a certain age.

Harry Potter and the Sorcerer’s Stone hit the shelves in the United Kingdom in 1997. The marketing strategy decided to aim the book at an entirely child audience, those who were children in the late 1990s.

The young magician soon became famous and the books began to be translated and sold around the world. J.K. Rowling had just given children the pleasure of reading back. She turned a whole generation into readers.

These young readers eagerly awaited the arrival of the next book in the saga. The interesting thing is that the books became darker, more complex, and more epic as they went on. Harry, like the fans, continued to grow up.

The films came out every one or two years. Thus, the producers accomplished something extraordinary. These young readers reached adolescence being a part of a solid community that they could identify with.

The film adaptations, in turn, consolidated this fandom and, at the same time, opened it up to a wider audience – young people who hadn’t read the books.

Harry Potter fans could identify with the characters who were of the same age and who had the same worries in life. The only difference, of course, was the type of world they lived in. The characters presented in Rowling’s work, despite facing incredible powers and phenomena, still seemed to resonate with reality.

Rowling introduced us to female characters that girls could identify with enormously, and it promoted the cause of feminism quite considerably.

Perhaps Harry’s case is the most far removed from the typical hero; he’s very much an imperfect hero. However, he also gave us a new type of masculinity. He showed that boys and young men could be afraid and even cry without being ashamed of it.

Harry Potter fandom has been particularly active and productive. All this activity has been helped by endless merchandising products and websites, such as Pottermore, where all the fans concentrate. Likewise, the author herself answers her followers’ many questions through interviews and her Twitter account.

Of course, such a large community has a number of shared codes. They identify each other as potterheads, use terms such as muggle, and identify themselves through symbols or badges such as the death relics or the dark mark.

The division of potterheads by Hogwarts’ houses is quite peculiar, and sites such as the Pottermore have encouraged fans to have an “official source” to check which house they belong to, thus creating new communities within the same fandom.

This is all very similar to the division of the signs of the Zodiac. The fact of belonging to one house or another has to do with the personality traits of its inhabitants. Those that belong to Gryffindor will either be brave or aspire to bravery; someone who belongs to Slytherin will stand out for their ambition. This strengthens the feeling of belonging, and the feeling of identification grows.

In addition to this, the potterheads‘ productivity seems to know no limits. Beyond the fanfics, a common phenomenon in all types of fandom, we find an extraordinarily creative community.

It’s a community that, far from simply discussing plot theories, has launched into making its own film: Voldemort: Origins of the Heir. This is an unofficial spin-off that explores the life of the saga’s antagonist, with the fans financing the film themselves.

The future of the potterheads

We commented earlier that we can see this particular world of fandom from a generational perspective. Thus, perhaps we should start thinking about the future. Could attracting new followers be a problem?

Unlike fans who grew up gradually with the magician, any young person these days has the whole franchise at their disposal. They can easily get their hands on all the books, movies, and information, and, in a way, the magic is broken. The fact that young people were growing up at the same time as the main characters, desperately waiting for the next installment, greatly fed the whole phenomenon.

Perhaps it’s still too early to consider its possible evolution but we can see how some steps have already been taken in order to look for new niches or future fans. We can find an example of this in the creation of the Fantastic Beasts and Where to Find Them saga.

Why create a new saga?

Why create a new saga, then? Because, in addition to the already consolidated fandom who are now adults, this opens the doors to a new public. In fact, Fantastic Beasts and Where to Find Them has been quite successful among younger generations who hadn’t even read the Harry Potter books.

Over time, we have had theme parks inspired by the world of Harry Potter and real settings such as King’s Cross Station. These have been used to provide the fandom with entertainment beyond movies and books, an experience that brings them closer to living the world that J.K. Rowling dreamed of.

We don’t know what the future will hold but everything seems to point to the fact that this fandom is more alive than ever. Meanwhile, we’ll continue to dream and eagerly wait for our Hogwarts acceptance letter.

Reading and Emotional Intelligence
In 2017, a study by the American Psychiatric Association indicated that reading Harry Potter can boost your emotional intelligence. Read more »
Link copied!
Interesting Articles
Cinema, Television, and Psychology
Perfect Strangers: Have We Lost Our Privacy?