Sabrina Spielrein, from Patient to Psychoanalyst

Sabrina Spielrein is an important figure in the field of psychoanalysis. Her name was ignored for many decades, though. She began as a psychiatric patient and then became a remarkable psychoanalyst. 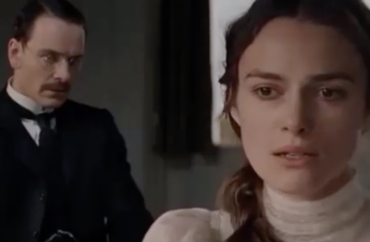 Sabrina Spielrein was a prominent Russian psychiatrist and psychoanalyst who began her journey in this field as a patient. Unfortunately, her name isn’t as well-known as it should be because her contributions were decisive for both psychiatry and psychoanalysis.

Sigmund Freud elaborated on an earlier concept by Sabrina Spielrein: “death drive”. It’s one of the main axes of her theory. She referred to it as a destructive and sadistic drive. Sabrina also contributed to the construction of the concept of schizophrenia that Eugene Bleuler developed and made decisive contributions to child psychology.

“The collective psyche denies the present ego and, directly through this denial, creates anew. The floundering ego-particle, inundated with new, more richly adorned images, begins to re-emerge. We see this most beautifully in artistic productions.”

Her work is of great value. After all, she turned her illness into the raw material that fed her work. However, she was totally ignored for decades until someone rediscovered her personal diary and several of her writings in 1977. She’s now at the same level as Anna Freud or Melanie Klein.

The childhood of Sabrina Spielrein

Sabrina Spielrein was born in Rostov-on-Don, Russia, on November 7, 1885. She came from an upper-class Jewish family and was the eldest of five siblings. She received an excellent education in her early years. In fact, it might’ve been a bit excessive. Apparently, her father put a lot of pressure on her to academically excel. However, she was always an excellent student.

The main sources of information about Sabrina Spielrein’s personal life are her diary and medical history as a patient. According to these documents, people often described her as difficult from an early age. Thus, adults often punished her. Still, she was rather smart and imaginative. Someone even wrote that she was “sexually precocious and unrepressed”.

When she was 18 years old, her father sent her to a psychiatric hospital in Zurich, Switzerland, where she remained for about a year. Records indicate that she suffered frequent depressive crises and had an acute psychotic episode there. Also, she cried and laughed compulsively.

Sabina was initially treated with electroconvulsive therapy, but it didn’t work on her. Then, they transferred her to a new hospital, also in Zurich. The person in charge of caring for Sabrina Spielrein was Carl Gustav Jung. He psychoanalytically treated her as a patient with hysteria. It was the first time he had cared for a person from this perspective. In her notes, she wrote that her parents and siblings also described her as hysterical.

Jung’s treatment was successful. Sabrina overcame the symptoms that had led to her hospitalization. Then, she and Jung fell in love and became lovers. They maintained a relationship from 1904 to 1909. Sabrina Spielrein also marked the beginning of the relationship between Jung and Freud, as the former asked the latter for supervision.

According to experts, she also began to make the differences that would later separate them. Freud was interested in this case and, as he knew about the romantic relationship between Jung and his patient, he began to elaborate on the concept of “countertransference”.

A psychoanalyst who shone with her own light

Sabrina Spielrein decided to study medicine after Jung concluded his analysis on her. In fact, she graduated with honors. Her thesis was truly remarkable. She entitled it “On the Psychological Content of a Case of Schizophrenia”, a work she did in collaboration with Jung and Bleuler. In fact, it’s one of the pioneers in this subject. In addition, she earned an honorary degree in psychiatric studies.

She didn’t want to break up with Jung, a married man with no desire to divorce. But she finally did. Then, she traveled to Munich and Vienna, where she got in touch with Freud. There, she joined the Wiener Psychoanalytische Vereinigung (Vienna Psychoanalytical Society). In 1911, she released one of her most important works: Destruction as a Cause of Coming Into Being. Freud listed it on the bibliography of his essay “Beyond the Pleasure Principle.”

Later, she worked as a psychoanalyst until 1923, mainly in Geneva. She was Jean Piaget’s analyst. Likewise, she became interested in child psychology. Subsequently, she married a Russian doctor and they procreated two daughters. Then, she returned to her town, which was now part of the Soviet Union. Afterward, she continued to practice psychoanalysis, even though doing so was forbidden. Her brothers died during Stalin’s purge, and she and her two daughters were murdered by the Nazi army in 1942.

The INFJ Personality, the Most Rare Personality (According to Carl Jung)
The INFJ personality, a unique combination of the psychological traits of introversion, intuition, feeling and judgment, represents just 1% of people. Read more »
Link copied! Next
Interesting Articles
Biographies
Oriana Fallaci, Biography of a Witness