Running a Marathon: Mind Over Matter 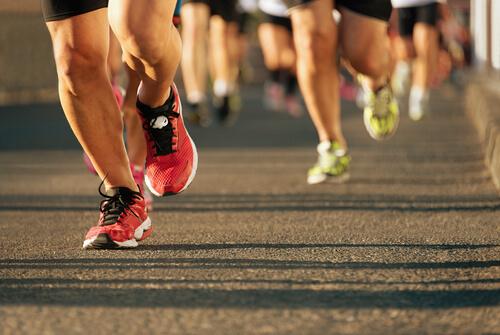 Practicing a sport is both a physical and psychological discipline. Facing an opponent, running a marathon, or joining a sports team requires effort, training, and putting mind over matter.

Thus, in order to achieve your goals, whether they’re professional or personal, it’s imperative to consider your state of mind. Concentrating and preparing your mind for a marathon is essential.

Marathons are the mother of all obstacles tests. When you train for one, you have to run for many miles and feel pain everywhere.

In fact, good marathon runners, those who truly train for them, say that the toughest part is precisely the training and not the marathon itself.

Thus, physical training has to always be accompanied by resilience training. What many people forget is how important it is to put mind over matter. There will be moments where the temptation to quit the race is overpowering, and this is when your willpower must kick in.

There are certain moments when the runner starts to ask questions like: “What am I doing here when I could be sitting down on my own couch reading a book?” These questions may make them seriously consider giving up.

Another important psychological factor, aside from confronting pain and exhaustion, is confronting anxiety, that feeling you get a few days before the race.

The challenge of running a marathon

Finally, it’s important to understand that you shouldn’t decide to participate in a marathon lightly. Marathons represent a long and difficult preparation process for both the body and the mind.

Doing this incredible challenge implies great effort. A person shouldn’t undertake a marathon if they don’t train for it and don’t run shorter races to practice.

In other words, it’s important to build a physical and mental resistance for 3 to 4 months before the race. This is because running a marathon requires incredible physical resistance as well as putting mind over matter.

According to psychologist Rocío Parrado, once in a marathon, the runner goes through different emotional states. The body has a physical limit and a mental one as well. Therefore, even after extensive training, this type of activity can’t be taken lightly. Understanding how to put mind over matter is quite important in marathons.

The 6 mental stages of a marathon

Tomás Vich Rodríguez ensures in his book, What Happens in the Mind of a Marathon Runner, that marathons have six stages:

Putting mind over matter during each stage

If the runner controls their emotions during the marathon, they may successfully complete it.

Training the mind is necessary to make sure your emotions don’t affect you negatively during a marathon. This psychological training before the race is based on anticipation.

During their training, despite not running the total distance of the actual marathon, the runner should practice enough. One way of doing this is with accumulative training.

This can help the runner estimate the pace needed during the race. This is precisely the anchoring pace that the runner follows during the first meters and will help them avoid exhaustion during the last ones.

Finally, it’s important to emphasize the need for a good internal dialogue. Many athletes reinforce their failures with self-destructive phrases like “This isn’t for you”. You should avoid these phrases if you want to stay focused in the race.

Mindfulness in Sports – how Does it Affect Athletes?
It would make sense to think that it applies to mindfulness in sports as well. The more you practice, the more useful it will be. Does it really work like this? Read more »
Link copied!
Interesting Articles
Sports Psychology
Why We Can All Benefit From Sports Psychology