The Rose and The Toad: Inferiority and Superiority Complexes 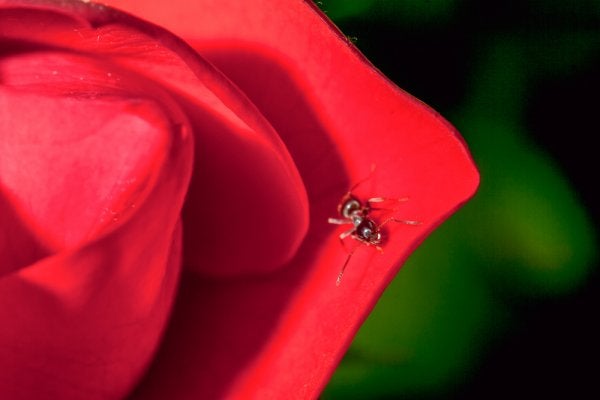 Once upon a time, there was a beautiful, red rose. She was the loveliest rose in the entire garden. However, she noticed that people would only look at her from afar.

One day, she realized that there was a big, bumpy toad that was always at her side and this was the reason that no one would get too close to look at her. Angry at having discovered this, the rose ordered the toad to leave immediately. “That’s fine, as you wish,” the toad replied obediently.

Not long after, the toad passed by where the rose was planted, but was surprised to see that the rose was completely withered, without petals or leaves. The toad said to her, “Oh no! You look awful! What happened?” The rose replied, “Ever since you left, the ants have been eating my leaves day after day and now I’ll never be the same!” The toad replied, “Well, yes. When I was next to you, I would eat all of the ants. That’s why you were always the most beautiful rose in the garden.”

Moral of the story

Many times, we don’t appreciate those around us because we think they don’t do anything for us. Everyone has something special to offer, something to learn, or even something to teach. No one should disregard anyone else.

Traditionally, society has been divided into socioeconomic classes. This division has often led people to believe themselves as either superior or inferior to others. Although looking down our noses at others is something still unfortunately common to this day, the truth is that we need to start seeing ourselves as equally valued to those around us instead of more or less so.

Being aware of and strengthening our self-worth is important for feeling well, balanced and able to relate in a healthy way. We should feel neither more nor less important than the rest. The feeling of superiority is just as much a burden as the feeling of inferiority. Both the superiority and inferiority complex are hallmarks of insecurity.

Disregarding someone because of a superiority complex is a sign of exaggerated self-esteem. It’s a way for the person to overcompensate for the regret they feel due to self-perceived deficiencies.

These people are characterized by their belief of being perfect, being stubborn in their convictions, easily angered, emotionally unstable, lying, competitiveness and surrounding themselves with others who they believe to be of a lower status, intelligence or ability. In this way, they are able to raise themselves up. Consequently, they end up adopting an arrogant and conceited attitude, just like with the rose and the toad.

It’s good to be aware of both types of complexes and the behaviors they represent. After all, each one of us is responsible for living out our lives to the fullest and this includes interacting with one another, no matter how important we think they may be. Every individual is unique and indispensable.

Therefore, it’s much better to be the toad in the story and consider our surroundings, do our jobs, be gentle with ourselves, enjoy our lives, and appreciate the lives of others. Being beautiful or not (just as the rose) depends largely upon what we contribute to the world and what we allow others to contribute to us.

Link copied!
Interesting Articles
Culture
Attitude and Inspiration: The Ghanaian Teacher Teaching IT with Chalk and a Blackboard

Culture
Coloring Away Stress: A New Way To Relax

Culture
Monet: The Master of Impressionism

Oscar-Claude Monet is one of the most famous French painters. He was born on November 14th, 1840, in Paris, France.…

Current technological advances allow us to be increasingly more involved in our children's education. Nowadays, there are platforms to see…