The Romeo and Juliet effect is when parental opposition to a relationship intensifies the romantic feelings of those in it. Read on to learn more about this phenomenon. 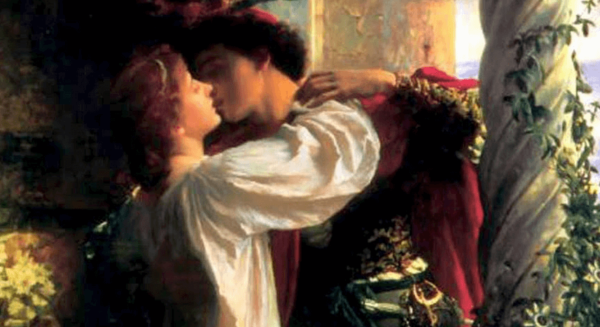 The Romeo and Juliet effect is when parents oppose a relationship, the partners intensify the romantic feelings for each other. In fact, it gets its name from the relationship between the protagonists in William Shakespeare‘s 16th-century play, Romeo and Juliet.

In this famous play by England’s acclaimed playwright and poet, the protagonists’ families utterly opposed their union. Bear in mind that Richard Driscoll was the first author to come up with the Romeo and Juliet effect. He did so in his research paper, which suggests there’s a real-world basis for the effect.

Adversity often feeds the flame. Many consider this curious phenomenon frustration-attraction, while others the Romeo and Juliet effect. Social or physical barriers kindle romantic passion. They enable one to discard the facts and focus on the terrific qualities of the other. Even arguments or temporary breakups can be stimulating.

How ironic. As the loved one slips away, the very chemicals that contribute to feelings of romance grow even more potent, intensifying ardent passion, fear, and anxiety. They also impel us to protest, trying with all our strength to secure our reward: the loved one. As adversity intensifies, so does romantic passion.

I love you – that’s not the dopamine talking

We all know the feeling. Your heart beats faster, your pupils dilate, your palms are sweaty, and your belly is full of butterflies. You’re in love and, yes, you’re “all shook up”. The euphoria of falling madly, deeply in love is similar to being high, and with good reason. If you’re in love, you’re in a mind-altered state.

Love is a cognitive-affective state. Most characterize it by obsessive fantasizing concerning reciprocity of love feelings by the loved one. No wonder Romeo told his beloved Juliet, “I reciprocate your amorant feelings”. In fact, the brain’s chemistry changes when there’s “chemistry” with the one you love.

During the heart-pounding excitement of new love, your brain releases phenylethylamines (PEA). PEA functions like a natural amphetamine, so you’re truly high on love. It also triggers the release of neurotransmitters like dopamine and norepinephrine. Dopamine is a vital part of the brain’s desire and reward system.

It’s released in response to anything addictive, including cocaine, nicotine, and love. Not only does dopamine trigger a rush of pleasure, but it also reinforces the behavior that makes you feel good.

Keep in mind that, while dopamine induces feelings of intense pleasure, norepinephrine’s the culprit behind the sweaty palms. Besides, norepinephrine also causes hyperventilation and butterflies in the stomach.

Thy beauty hath made me effeminate,

And in my temper softened valor’s steel”.

The Romeo and Juliet effect in real life

We all know the story of Romeo and Juliet. Two young, sexually crazed teens fall madly in love with each other, despite their families being fierce rivals. They loved each other so much that they ended up dying. Since they didn’t want to face their parent’s disapproval, they ran away together.

Ever since the 70s, researchers studied the Romeo and Juliet effect, which Driscoll named for Shakespeare’s tragedy. It states that the more parents interfere in a relationship, the stronger that relationship will be. He bases the effect on the notion of reactance, a phenomenon discussing threatening someone’s freedom.

If you threaten someone to do or have something, they’ll want the forbidden fruit even more. If you tell a girl she can eat any candy, except for the blue one, she’ll surely want that one. There’s research supporting the idea that this phenomenon affects our attitudes toward romantic relationships as well.

For instance, according to another study, pairs of opposite-sex strangers behaved differently. Those who secretly played footsie beneath a table were more attracted to each other than those who played footsie in full view. But does this play out the same way when a relationship partner is forbidden due to parents’ disapproval?

In 1972, psychologists found that parental interference in adult relationships or marriages was linked to boosted levels of love and commitment. But just as Romeo and Juliet’s love was short-lived, the Romeo and Juliet effect may be fleeting as well.

Have you had a chance of reading Shakespeare’s masterpiece? You probably know Romeo and Juliet were only together for a couple of days before they both died. Research suggests that if they had lived longer, their relationship would have started to fail. Isn’t this story of disgruntled lovers bitter?

What culture has to do with it

Psychologists tie to culture the importance of parental approval of relationships. There’s a cultural distinction particularly relevant to the role our family plays in our romantic life. We must differentiate collectivist cultures and individualistic cultures. The United States, Canada, and Australia exemplify individualist cultures.

On the contrary, Indonesia, Korea, and Japan are collectivist cultures. Individualistic cultures emphasize personal achievements and value uniqueness. They also stress the importance of freedom and personal choices. Individualists think it’s important to let people do their own thing while being themselves.

Collectivist cultures incredibly emphasize family goals first and foremost, above individual needs or desires. Being loyal to and fitting in with your friends, family, and co-workers is extremely important. Even though this means not being able to do exactly what you want.

Valuing their child’s personal freedom, parents in individualist cultures tend to approve of their children’s significant others. Even if they have reservations about them. Those who belong to collectivist cultures don’t easily earn parental approval. Thus, their parents are more likely to influence who they marry. That’s how the Romeo and Juliet effect originated.

Give me my Romeo;

Despite Americans’ ideals of independence and loving our partners no matter what the world thinks, our parents have an impact on who we date or marry. Romeo and Juliet didn’t have their parents’ approval, pushing them closer. Their parents pushed them ultimately closer to the end of their lives.

According to the Romeo and Juliet effect, dating someone in the real world whose “forbidden fruit” has some appeal. Yet, family approval matters. It’s especially true in collectivist cultures where family loyalty and harmony are especially important.

Dyslalia: Characteristics, Types, and Treatments
Dyslalia is a language disorder that occurs in childhood. This article explains why it occurs, the different types, and its treatment. Read more »
Link copied!
Interesting Articles
Romantic Relationships
Types of Matrimonial Regimes

Marriage is the union of two people of any gender. Certain legal rights or formalities, matrimonial regimes, help establish it. This celebration implies the creation of a series of rights…

Romantic Relationships
Similar or Complementary: What's the Best Partner for You?

Similar or complementary? That's the question that many people ask when looking for a partner. While some think that "opposites…

Romantic Relationships
Get Over a Breakup with an Emotional Detox