The Bitterness of Impossible and Disgruntled Loves 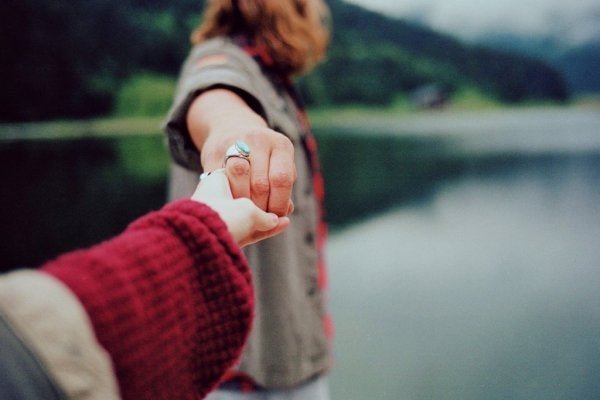 Who hasn’t had one? One of those impossible loves which you know only exists for you. Idealized, precious, might as well be porcelain, because you know that they’ll never crash into the wall of reality. The reality that, despite the redundancy, makes them real. Nowadays, it is less frequent to experience a disgruntled love. This meaning a reciprocated love which reality, due to many reasons, doesn’t allow you to enjoy.

These two types of love are easily confused. In fact, they are used interchangeably in our language, despite the fact that they are not equivalent. In fact, both types of love are subjected to different characteristics that have to do with emotions. They deal with circumstances that go beyond the feeling of love itself, as we will see later on.

The bitterness of impossible loves

The first kind of love that hurts is the impossible love. The type of love that one person feels for another, and which is unrequited. Also, for it to be impossible, it has to have the trait of not being able to be reciprocated ever. “I can’t feel the same way about you”.

“What many people call loving consists in choosing a woman and marrying her. They choose her, I swear to you, I’ve seen it. As if you could choose in love, as if it wasn’t a lighting strike. One that breaks your bones and leaves you staked to the middle of the yard.”
-J. Cortázar-

In these cases, people usually say that the person we are in love with is the only one that can make us feel two emotional extremes. We see them as someone who can give us all of the happiness we think we need. But, at the same time, they are the one who takes it away. Because said happiness would only arrive when their love is reciprocated.

Impossible loves bring with them a constant sensation of discomfort and sadness. We can’t avoid feeling what we feel for that person, and yet, we can’t express it as we would like to. In this sense, the bitterness of experiencing this kind of love is intensified when we imagine how it would be if our love was reciprocated.

The bitterness of disgruntled loves

The other type of impossible loves are what the writer Gabriel Garcia Marquez called disgruntled loves. He uses this term in his novel Love in the Time of Cholera. By that he was referring to the love that you feel and which hurts you, which is reciprocated and which can’t seem to materialize due to external circumstances.

In other words, a disgruntled love is a perfect love that is likely to not progress due to different reasons: incompatibility, family pressure, friendships that they don’t want to harm, fear of emotional dependence, etc. That is to say, it is a tragic love, comparable to that of Romeo and Juliet.

“It was inevitable: the smell of the bitter almonds always reminded him the fate of disgruntled loves.”
-Gabriel García Márquez-

It has been said that this love is the worst kind of all, because the two people that love each other will feel frustration. “I want to, we want to, and we can’t”. Both of them know that the other person understands and completes them, that they love them for who they really are. In the same way, the two protagonists of this love are unaware of a way to overcome the obstacles.

Disgruntled loves are characterized over all by impotence, which transforms into suffering for both parties. They know that “For your own good, for my own good, for our own good, due to the circumstances”, their paths have crossed and will only be able to merge with a tremendous amount of effort.

The difference with platonic love

If a love isn’t mutual, or it simply can’t be developed, it turns bitter, as we have now seen. However, what about those kinds of love which don’t go beyond idealization? We’re referring to platonic loves, which we include here in order to differentiate them from the ones mentioned above.

These also don’t enter the world of the famous Cupid. As opposed to impossible and disgruntled loves, they are not at all ideal. They go no further than imagination. They are never felt as true loves, because they don’t hurt.

“He who preserves his ability to see beauty, will never get old.”
-Kafka-

As opposed to what we usually think, platonic love is associated with beauty and not with unrequited love. In fact, for Plato, love is associated with the impulse that leads us to get to know the essence of beauty, which we can find in another person. But not the with impulse that leads us to this said person.
Link copied!
Interesting Articles
Wellness
Sadness in children

No one is exempt of being sad, not even children. The loss of someone, an unexpected circumstance, a missed opportunity... Sadness in children is more common than we think, that's…

Wellness
If You Leave Me for No Reason, Don't Come Back with Excuses

How many people have you let go of in your life, tired of hearing their excuses, apologies, and justifications? Think about it.…

Wellness
11 Strategies to Help You Through Life's Tough Moments

How many times have you felt depressed because things were not going the way you had hoped, because lately it…

Wellness
15 Signs You've Found the Love of Your Life

You have surely asked yourself that big question: is he/she the love of my life? It can be hard to explain what…