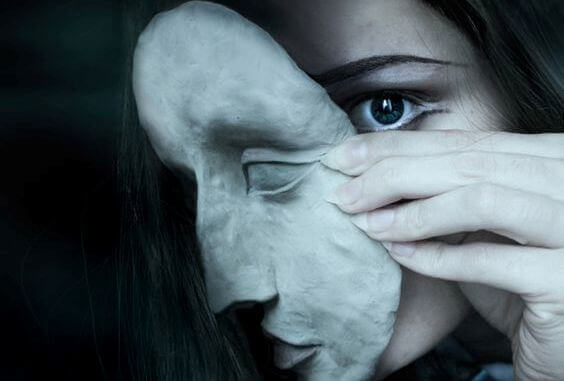 The most consensual thinking in recent years has insisted in the use of reason above every emotion. Thus, we have been raised to downplay the importance of emotions and their adequate expression. People tend to mold their emotional expression into socially accepted norms, which can imply repressing or denying certain emotions.

Some emotions have been categorized as negative by society. Some of these include anger, sadness, pain and fear. An example of this can be found in some of the phrases we have all been listening to since our early years. These sayings are transmitted culturally, and they have become a part of our most profound thoughts.

“If you close your heart to feelings and emotions, you are leaving yourself out of the truth.”
-Vivaracho-

Denying or repressing emotions which are culturally biased, such as fear, sadness or rage, won’t make them disappear. No matter how much dirt you throw on them, they will remain. When we repress emotions, denying their free expression, the effect of expression and movement which is inhibited is instead channeled within ourselves.

Thus, for example, when we repress rage or fear, that muscular tension should be experienced in the outward-facing muscles. These muscles intervene in the typical fight or flight response. Instead, this tension is redirected within. That tension is then transferred to the internal muscles.

In the long run, the tension that accompanies emotions, which was repressed, ends up expressing itself in other forms. Such as, for example, contractions or muscular rigidity, neck and back aches, gastric illnesses, headaches and even liver diseases.

Emotions which are trapped inside a person seek their own resolution and expression. This forms part of the nature of emotions, because they are made to be felt and expressed.

Controlling your emotions is a somewhat illusory experience in certain circumstances. Also, its achievements are very deceptive. A very precarious balance is maintained behind the facade of “control” that the individual constructs. Since attempting to maintain control will only accomplish a transitory transformation of the extreme behavior. Sooner or later, the repressed emotions are going to need to come out.

“Repressing feelings doesn’t make us stronger. It makes us more vulnerable in the face of adversities.”
-Demente Nano Silhy-

Emotions that attack your liver

Located under the diaphragm, the liver is the organ in charge of detoxification. The liver plays an essential role in all of our vital functions. It not only filters and eliminates waste, the liver is also in charge of neutralizing poisons, toxins, microbes and cancerous substances. When this organ is affected, it will trigger multiple pathologies inside and outside of the liver, affecting other organs as well.

Any type of stress or pressure blocks the hepatic functions in some way or another. This is because when the body tenses up, it diverts all of its attention towards resolving whatever is overwhelming it and generating stress. This is normal and healthy to a certain extent. But when stress is repetitive and acute, the liver chronically blocks its activity and becomes predisposed to congestion.

Rage is the emotion which has been linked the most to liver problems. The term rage should be interpreted in its broadest sense. This includes emotional states such as resentment, anger, frustration, irritation, rage, indignation, animosity or bitterness. If these states persist for a long time, the liver could potentially be affected, producing stagnation.

It is a good idea to look beyond the role that society grants negative emotions. This will help you avoid possible liver problems and keep it in prime condition. Instead of avoiding rage and frustration, we would have to confront the situations that produce these emotions. We can do so by talking about topics that make us uncomfortable and solving stressful situations.

The entire organism depends on the correct functioning of the liver.

Fake scientific news, or the misinterpretation of certain data and the spread of such data, is another virus we're facing.…

Culture
6 Most Common Nightmares and Their Meanings

Culture
The Touching Story of the Old Man and the Crane

They say that a long, long time ago in a distant village, a man with long white hair arrived. This particular…