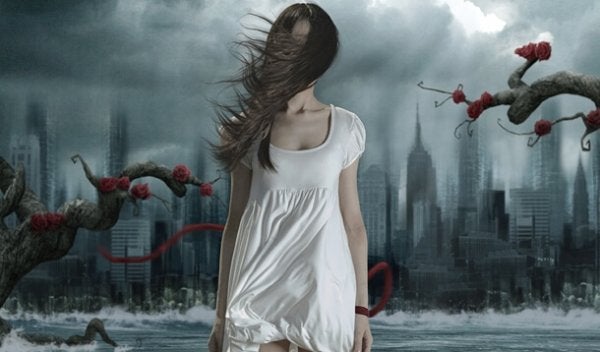 Most of us have had nightmares at some point or another. They’re dreams that are full of scary things. They make you feel scared and anxious. What usually happens is that you wake up all of a sudden and your heart is in your throat. The feeling of fear stays with you even after you wake up. You also feel confused or sad.

There are a lot of reasons a person might have a nightmare. They may come from consuming certain substances, exhaustion, malnutrition, or emotional problems. Whatever the case may be, you end up with a bad night’s sleep.

Things get more complicated when they turn into recurring nightmares. Sometimes the same dream comes up again and again. Other times the context changes, but the overall structure is basically identical. These are the situations where it’s important to pay attention to what’s happening in the dreams.

Ordinary nightmares are bad dreams that only pop up occasionally. The usual rule is that having a nightmare every three months is within the range of what we might call “normal.” In these cases, each nightmare will be about something different than the other ones.

Causes of ordinary nightmares include:

To control this type of nightmare, you have to control the root cause. It’s important to do this because if you don’t, your nightmares might start affecting your sleep. It’s best to eat on the early side and avoid consuming alcohol or other substances at least two hours before you go to sleep.

Recurring nightmares, on the other hand, come up when a person doesn’t confront some conflict they have in real life. It might be a symptom of post traumatic stress disorder or having difficulty accepting something. Because it goes on in the subconscious realm, it may end up coming out in the form of nightmares.

What nightmares are usually about

There are some recurring nightmares that are about very normal things. They have to do with typical human conflicts, although they might mean something different to different individuals.

Usually recurring nightmares are about:

Even though recurring nightmares are uncomfortable and sometimes terrifying, you should actually see them as a positive, valuable thing. It’s your subconscious’ way of sending you a message about some issue you haven’t paid attention to. It’s saying it’s time to deal with it.

Ideally, recurring nightmares will help you find some kind of solution to your inner conflict. If you do find a solution, you’ll usually have a similar dream, but with a good ending.

What’s Special About the Dreams of People With Depression?
What's special about the dreams of a person with depression? Here we'll talk about the effects depression has on sleep, and what you can do to prevent them. Read more »
Link copied!
Interesting Articles
Wellness
The Hugs That Put Our Broken Parts Back Together

One day someone will hug you so hard that all your broken parts will be put back together again, you will…

Wellness
Your Freedom Ends Where Mine Begins

Freedom is the most precious treasure that human beings have. It is our responsibility to respect it, enjoy it, and…

Reaching a work-life balance isn't always easy. These days, you might even be connected to your job day and night…

Emotions
Why Parents Hold their Babies by Their Left Side

A simple, yet enigmatic, fact: many mothers notice that their babies calm down when they hold them by their left…

Working in Healthcare can be a complicated task. Healthcare professionals are always working to keep or restore people's health and…

We could all use an uplifting quote now and again to help with everyday sadness. They remind us that although we…