The Rebound Effect: Mitigating the Pain of a Breakup 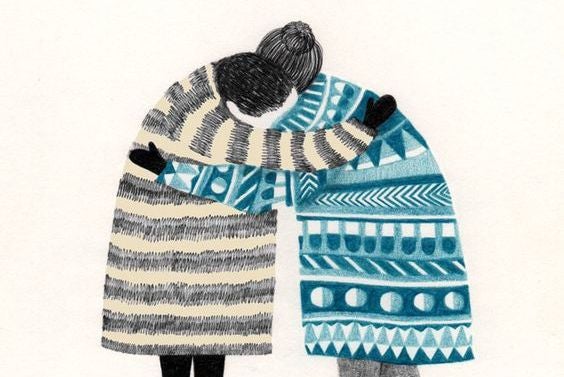 If you’ve decided to read this, it’s probably because you’ve had your heart broken at least once in your life. Maybe you’ve started a new relationship with someone and you’re doubting how you feel. Is it a rebound? Or worse, are you the rebound?

What you do know is that you’ve been through a hard time and you don’t want to go through the same experience unnecessarily. You know that love always begins spontaneously, blindly, and optimistically, but nevertheless, confusion reigns in your head. Something isn’t exactly right.

“I hope that you at least won’t be so stupid as to believe that you can use one nail to extract another. None of them, I repeat, none of them, are the same size. If you stick another nail in the same spot, you just push the first one in further. If you put in in another spot, you multiply your wounds…”

How do you know if you’re in a rebound relationship?

Love is uncontrollable and unpredictable, which means it can end, and not always the way you’d like it to. However, when love begins, it has the virtue of being special and making you feel special. Each partner is blind to the other, seeing only perfection, with no place for doubts.

This happens because the person hasn’t properly grieved the emotional loss. That is, they haven’t had enough time to accept what happened or heal the recent wound. Instead, they run from accepting it by seeking a new experience that will make the process easier.

“…The nail that really gets hammered in, that perfect hole where barely any air can get in, never goes goes away. Only time can stop it from being felt. Only time can turn it into a scar.”

The consequences of the rebound effect

Like Ernesto Pérez rightfully stated, one nail can’t drive out another. Because we’re humans with feelings, we need enough time to digest and integrate the experience. In fact, everybody who passes through our lives has a place in our hearts, and it’s a mistake to try and substitute them with other people.

It’s a mistake because in doing so, we’re either deceiving ourselves, or deceiving or using the other person. Rebound relationships are like masks that cover up our own personal needs. Deep down, what we’re really doing is adding weight to the burden of the breakup and acting dishonestly.

The consequences of rebound relationships affect the new partner as well as yourself. You have to let yourself feel the pain in order to avoid later suffering and give yourself another chance at a real relationship.

If, on the other hand, you think you are the rebound, be very careful. Really observe and understand how they’re feeling, be cautious, and give in to the relationship only when you’re sure that the bond you’ve created is healthy for the both of you. Keep in mind that they might not be in the right place to decide what they want yet.

Learn to be single

Rebounding is simply the wrong way to move on, because if somebody has recently left an empty space in your heart, only you can relieve your pain and put yourself back together.

It’s necessary to learn how to be single, especially during the times when life hits you hard, so that you won’t be single forever. Hiding from the weight and the anxiety won’t help you move forward, and neither will believing that your happiness depends on other people.

“It’s pointless to look for it. When you least expect it, a bar will appear. And from then on, nothing will ever be the same. One day, you get a taste of glory, and the next day it breaks your heart. Or not. Or maybe you’re lucky, and you just end up jaded by happiness.”

Don’t pursue relationships when you’re really not capable of loving, overcome your past without erasing it, and don’t take any steps forward until you’re ready. That way, you can gradually find balance and be able to love again.

Wellness
If There's No Tenderness, It's Not True Love

Wellness
The Dangers of the Chameleon Personality

Many of us know someone like her. She's sweet, she's submissive, and she lets her partner make all the decisions.…

Wellness
After Many Storms, I Finally Found Peace

I've finally found peace, but it took going through many storms to find it. Because sometimes, it's not enough to…