In the Realm of Hypocrisy, Sincerity Is Misunderstood 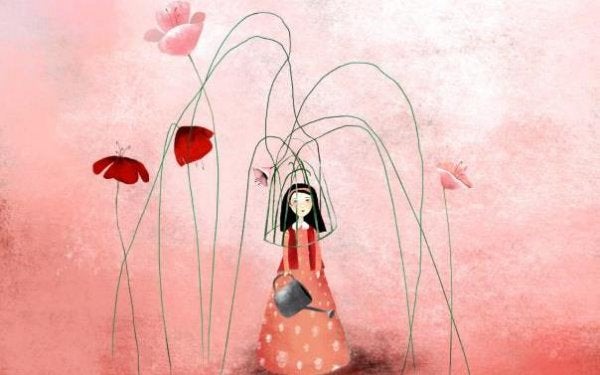 In terrains reigned by lies disguised as sweet hypocrisy, sincerity is always misunderstood. It’s as if communicating with transparency was a crime. As if it was an audacity for someone to take off the armor and, with all due respect, walk heart first and truthfully.

It’s not easy. Nowadays there are many sociologists and annalists who define the bigger part of the population as passive entities, as mere witnesses to what happens in the world that is framed within their television sets. Hypocrisy reigns in many of our political spheres, in certain workplace scenarios and even in the intimacy of some of our homes. And we’re not reacting to it.

“When a bad person pretends to be noble, that’s when the worst of them emerges.”
-Publilio Siro-

There are some who opt for silence and for that passivity due to simple and absolute fatigue. Because we already know the weakness or defects of that certain family member, director or coworker. We know that there is an excessive amount of these people who defend equality, but within they secretly despise for others to have the same rights as them, the same opportunities.

Without fearing being wrong, we can say that there is a much more crude, dark and tricky dimension than lying itself: it is hypocrisy. Where one hides their very personality, while they show perfect moral nobility to the world.

Since we are sure that you know more than person with these characteristics, we invite you to delve further into the topic in order to equip yourself with more strategies to be able to react.

We normalize hypocrisy almost without realizing it

From a young age, adults teach us that the truth is good and that lying is a bad habit. They teach us a practice in which we sooner or later discover sinuous nooks and crannies. Just as Lawrence Kohlberg explained to us in his theory about moral development, it’s in the second stage, one called “conventional moral”, when the child between the ages of 10 and 13 develops the beginnings of a conscience about the sense of justice. They discover, furthermore, how adults can fall into their own contradictions.

They demand sincerity from us, but many of them get offended if we say the truth. Slowly we arrive at one of those situations in which we ask ourselves what is better: offending someone with sincerity or lying out of simple courtesy? Sooner or later, we accept that hypocrisy reigns and governs. That with it, you can build a false coexistence. A coexistence in which you can proclaim glorious moral principles and beautiful ideologies under which cowardice or simple indifference towards others oftentimes hide.

Hypocrisy is institutionalized in our society, we have normalized it. However, and here’s the curious thing, most of us have a very sensitive radar when it comes to detecting it. We see it in our politics, in some of our family members or coworkers. Nevertheless, we don’t react to it. In some way, we’re aware that it’s a lost battle. It’s a difficult task to try to change someone who isn’t honest even with themselves.

How to beat falsehood? Being authentic and true, always

There are various types of hypocrisy. There are some who show off great attributes in order to hide dark moral principles: racism, sexism, closed-mindedness. However, the most common type of falsehood is the person who tries to fit in, be accepted and even praised. Thus, they won’t hesitate to defend the color red today and the color green tomorrow and the color blue the next. Their views will always depend on the scenario they find themselves in.

“The only thing worse than a liar, is a liar who is also a hypocrite.”
-Tennessee Williams-

Being guided at all times by the opinions of others makes our self-esteem vulnerable. Also, it keeps us from practicing that self-evaluation with which we try to live according to our own values, despite what others may like or dislike.

Now let’s see how we should act when facing these people accustomed to the reign of hypocrisy.

How to react to hypocrisy

You don’t beat hypocrisy, you confront it. Just as we have mentioned earlier, trying to change a hypocrite is a lost battle. But what we can do is live by example, be authentic and deactivate the influence they may have over us.

Always maintain an inner dialogue with yourself in order to remember who you are. Keep in mind what are your values and your greatness. What other hypocritical people say, do or think has no value in your life. It’s just air, just the breath of a cowardly marionette that has made falsehood its house of cards.

The human magnet syndrome is a concept coined by psychologist and therapist Ross Rosenberg. It's also the title of a book…

Self-knowledge represents wisdom. It's not a goal to achieve, because you'll never get to know everything about yourself - not…

Psychology
Donald Winnicott and His Theory about the False Self