DId you know that ingesting hair could make you gain up to six pounds? This might sound like something from a fairy tale, but it's one of the side effects of a rare condition called Rapunzel syndrome. 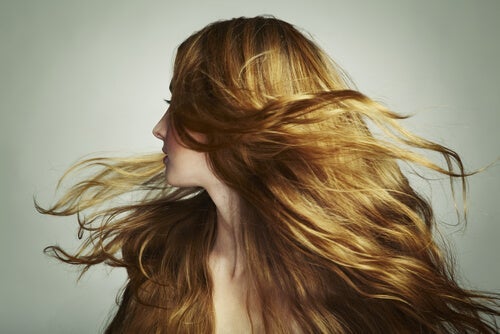 Rapunzel syndrome is a very rare disorder. Individuals with Rapunzel syndrome have masses of hair in their stomach and intestines from voluntarily and compulsively eating their own hair (trichophagia).

The common name for a trichobezoar is a hairball. They form in the stomach or the intestines due to the ingestion of hair. Tricophagia, however, doesn’t always cause trichobezoars.

The time between when a person starts to ingest hair to when they start to have symptoms can vary. Some of the symptoms that point to a potential trichobezoar are:

This syndrome is difficult to diagnose because the patients tend to deny that they eat hair. The presence of one of the above symptoms can also be an indicator of trichophagia.

Not only that but the presence of alopecia can also indicate that the person has trichotillomania, which is the compulsive urge to pull out your own hair. People with trichotillomania also sometimes ingest their hair after they pull it out. This information can help medical professionals get a more accurate diagnosis.

Stool analysis, echography, MRIs, and gastroscopy help doctors arrive at a definitive diagnosis. Gastroscopy is the best technique for confirming the presence of trichobezoars.

Trichotillomania is also known as a hair pulling disorder or compulsive hair pulling. Individuals with this condition might pull hair from anywhere on their body, though the most common areas are the scalp, the eyebrows, and the eyelashes.

The hair pulling can be associated with different rituals, such as deliberately choosing which kind of hair to pull, touching it and feeling it, putting it in the mouth, etc.

This disorder most often affects women and can occur at any age. Its association with trichophagia is also more frequent in women. It’s a chronic and fluctuating disorder, though it can improve with the proper treatment.

The first step to correcting the disorder is sometimes treating the trichotillomania. If you limit the hair pulling, the individual might also ingest less hair.

The treatment that experts recommend is the habit-reversal technique from Azrin and Nunn. The primary components of this technique are:

Another strategy is exposure and response prevention. This involves exposing the patient to the unpleasant feelings that precede the hair pulling and block the execution of their response.

The goal is for the individual to get used to the sensation without needing to carry out the compulsive response.

Treatment for Rapunzel syndrome involves dissolving the masses, through a chemical or enzymatic process. You can also remove the trichobezoar using endoscopy or surgery, along with medical treatment of the potentially serious related complications.

Vaughan ED and his collaborators were the first to describe this condition in 1968. However, in the 12th century BC, some people were ingesting trichobezoar from animals because they believed that they had medicinal properties.

As we mentioned above, this disorder is very rare. Only about 100 cases have been recorded in the entire world. The name of the syndrome comes from Brother’s Grimm fairytale. You’re probably familiar with the story of Rapunzel, who was trapped in a tower and had to throw her long hair down the tower so the prince could climb it and rescue her.

In conclusion, trichobezoar might look a lot like Rapunzel’s locks since they’re usually in the shape of a tail or braid. It doesn’t matter what color the hair is before the patient ingests it. The resulting bezoar is always black, and can even contain bits of undigested food. The masses of hair can vary in size, shape, and weight (up to six pounds).

Princess Fiona is Her Own Heroine
Shrek is a series of animated films that started in 2001 with a movie of the same name that was created by Dreamworks. Read more here! Read more »
Link copied!
Interesting Articles
Literature and Psychology
You Don't Just Find Happiness, You Stumble Into It