Pure O: What Is It and How Can You Combat It?

Do you know what a pure obsession is? You may even have experienced one yourself, without actually realizing it at the time. In this article, we'll tell you more about pure O. 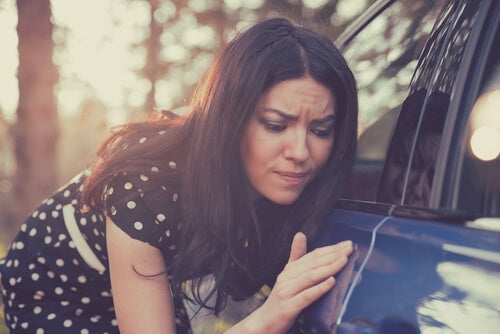 Chances are, you probably already know a little about OCD and obsessions. Most obsessions are accompanied by compulsive behaviors, intended to help relieve feelings of anxiety. However, in the case of purely obsessional OCD (or “pure O”), these compulsions aren’t quite so obvious.

You probably know a friend, family member, or acquaintance who has some obsessive traits. But what exactly does that mean? Before we tell you a bit more about pure O, we should probably start by talking about what an obsession is.

The word obsession comes from the Latin word obsessio, meaning “to besiege or lay siege to”. An obsession is an obtrusive idea, image, thought, or impulse that invades (or besieges) a person’s mind, against their will and their best interests. The person usually describes these thoughts as repulsive, unacceptable, or absurd.

Those that experience these intrusive thoughts also experience significant levels of anxiety or discomfort. In some cases, a particular situation or external stimuli may trigger these obsessive ideas within the person’s mind. In response, the person will try to suppress, ignore, or “neutralize” them with specific thoughts or acts. This is where compulsive behaviors (which we’ll define later) come in.

The focus of these obsessions usually varies greatly from person to person. The most common topics include pollution, death, dirt, disease, violence, or aggression, as well as religious or moral issues. Some people may also develop sex-related obsessions, while other obsessions may be completely meaningless. In other cases, the obsession comes in the form of doubts about anything they say or do.

Compulsions are repetitive behaviors or actions that a person uses to neutralize obsessive thoughts. The person will try to use these behaviors to help reduce feelings of discomfort and anxiety. They carry out these compulsions in a very specific way, often according to certain rules.

Compulsions tend to invade a person’s mind. The person will carry out these actions voluntarily, despite being aware that their behavior is irrational. Compulsive behaviors are also known as rituals.

We can divide these rituals or compulsions into two main categories: overt or cognitive. Overt compulsions consist of behaviors that others can observe. For example, cleaning the same object multiple times. Rituals that are purely cognitive, on the other hand, take the form of a thought, image, or idea.

These rituals are usually performed for a very particular reason. Often, the person is trying to avoid pain or avert some disaster. As a result, some mental actions develop into covert or hidden compulsions. This is where “pure obsessions” come into play.

In other words, cognitive (or covert) compulsions are mental rituals people use to “neutralize” intrusive thoughts or obsessions. While the person is usually aware that the compulsion is irrational and doesn’t make much sense, they continue to carry out their rituals to relieve feelings of tension, albeit temporarily.

How to fight pure obsessions

Treatment of any obsession accompanied by compulsive behaviors (whether these behaviors manifest themselves outwardly or not) usually takes the form of exposure response prevention (ERP) therapy. This technique involves asking patients to face their fears and allow their obsessive thoughts to occur, without “neutralizing” them with compulsions.

Ultimately, it’s about the person allowing these intrusive and obsessive thoughts to enter their mind. This leads to intense feelings of anxiety that they’ll have to endure until they naturally start to disappear. It’s important for the patient to feel their anxiety abating on its own, without them having to resort to some form of compulsive behavior.

In our experience, pure obsessions are often more complicated to treat, because we don’t have “access” to the patient’s mind. Only they can know whether they’re following our advice or not, which adds an extra layer of difficulty.

What’s it Like to Live with OCD?
Have you ever thought about what it's like to be obsessed with order, cleanliness, and following certain rules? Does it happen to you? Obsessive-compulsive disorder, or OCD, has two main components: obsessions that invade the person's mind, and compulsions aimed at reducing the distress caused by the obsession. Read more »
Link copied!
Interesting Articles
Clinical Psychology
Psychogerontology: History and Characteristics