Prudence Is the Intelligence of the Brave 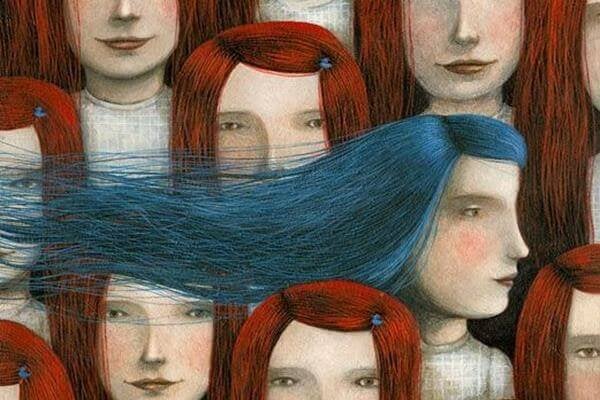 Prudence is a value that we often look down on or ignore because we think it’s boring. We gossip to socialize with others or to have fun when we don’t have anything more interesting to talk about, but it isn’t right. On the other hand, we often confuse bravery with boldness, ignoring the fact that the fine line of prudence that separates them is very important.

A brave person takes their fears into account, whereas a bold person disregards them and ignores them in their calculations. This is why brave people rarely lose and why bold people tend to end up as victims of their own lack of perception.

Everyone, to some extent, enjoys talking about themselves or about others, but sometimes we miscalculate and we overstep the mark. And so, far from improving our ability to socialize, people end up distancing themselves from us.

When someone is imprudent, others stop trusting them because if they aren’t respectful of the person they are criticizing in front of us, nor will they be respectful of us when they are with others.

Also, imprudent people often monopolize groups due to their great desire to be the center of attention. Behind this is a deep need for approval, which they try to satisfy though inappropriate comments. Imprudent people who try to win others over but disregard the secondary effects of their means end up losing those people.

Prudent people are outwardly respectful towards others. They don’t tell secrets, nor criticize or make others feel uncomfortable and not know where to look. On the contrary, prudent people tend to have very close bonds of friendship, because they can be fully trusted in and this is precisely the sensation that they project.

People who practice prudence are not afraid of silences. They don’t need to fill the conversation with a superfluous monologue so that everyone else pays attention to them. They are people who know how to listen and respect people’s turns to speak, something which is very important if we want others to enjoy the time they share with us.

On the other hand, a prudent person is reflective: they know when to speak, in what context and at which moment. They also think about the consequences of their words.

Making mistakes is human and the important thing is to learn from this and think before we speak next time. Although the times that we didn’t say what we wanted to are deeply etched in our memory, the times that we get it wrong by doing the opposite are more common.

People who value prudence also tend to be empathetic. They give themselves enough space to put themselves in the place of the other person, which means that they can reach deeper levels of intimacy. Prudent people also tend to have other values related to prudence, like respect and loyalty.

How can we be more prudent?

As we’ve seen, being prudent has the great advantage of strengthening our social relationships. It also makes others consider us polite and respectful people who can be counted on.

Prudence is a skill that can be trained, but you have to be consistent and follow some steps, according to the psychologist Patricia Ramirez. With repeated practice, we can turn ourselves into people that it’s very pleasant to be with.

We often tell intimate secrets, both our own and those of others, in inappropriate contexts. We must first think about whether the people in front of us want to hear what we want to tell them and whether it is relevant to the situation we are in and, if not, it is better to keep it to ourselves.

Think about whether you are betraying someone by saying something

If you’re going to share something intimate about someone or a secret that you’ve been confided with, think twice and try not to tell it. If you tell a secret, others will think you can’t keep secrets and won’t trust you again because you’ve created the image of being disloyal.

Do others really want to know all your intimate details? I don’t think so. There are certain subjects that you can’t talk to everyone about, however close you may be. We should know who we can and who we can’t speak openly with.

If you don’t have permission to talk about something you’ve been told, it’s simple, don’t do it. You are not the owner of this intimate detail, so let the person who is the protagonist tell the story if they want to, not you.

It’s not just about talking – listening is hugely important and we all like to be listened to. Don’t speak for the sake of speaking and especially not to interrupt someone else. Listen and then formulate your next question; don’t be afraid of silence, as this is a good opportunity for you to pass the conversation to the other person.

This is really annoying. It is better to ask if the other person wants advice, before venturing to give advice for the sake of it. What is useful to us isn’t necessarily useful to the other person and that person is most probably an expert at knowing what they need to do.

If the criticism doesn’t help anyone, why say it? Everything we have to say about others should be to add not to subtract. It’s no use to tell someone you don’t like their dress when they aren’t in a position to change it or without offering a better alternative.

Don’t offer favors if you’re expecting something back

Favors are done for the pleasure of helping others and never with the intention of getting something back for it. We shouldn’t expect anything in exchange nor boast about having done someone a favor.

What are you waiting for to become more prudent? Respect, politeness, loyalty and trust are difficult values to take care of but we should all cherish them. Even if it’s only to selfish ends, let’s remember that cultivating them will bring us a huge quantity of benefits.

What do we usually do when something brings us down? It depends on the person, of course. Some people try…

Psychology
The Attractiveness of What's Forbidden

Social Psychology
The Spotlight Effect: Why it Seems that Everyone Is Looking at You