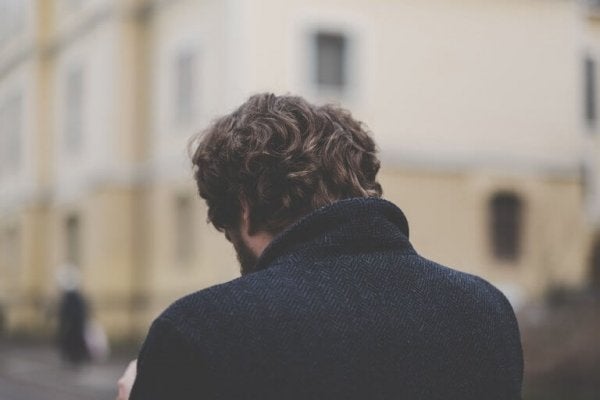 The transtheoretical model of change came about in an attempt to understand how to get people to change their addictive behaviors. Psychologists James Prochaska and Carlo DiClemente came up with the idea in 1982.

These two researchers tried to understand how and why people change, whether they do it on their own or with a therapist’s help. They’ve also outlined stages that every person who wants to drop a habit (using drugs, eating processed foods, etc) will go through. Their model also works for most of the New Year’s resolutions you might set.

These stages apply with any kind of change you try to make on your own, but they also apply if you get help from a therapist. With or without therapy, everyone seems to go through similar phases, and processes things in an equally similar way.

In this model, we can look at motivation as a person’s current state, or what stage of preparation for change they’re in. This is really important because a lot of the time we use the word “motivation” incorrectly. On top of that, motivation is absolutely necessary for any process of personal change.

“Men’s courses will foreshadow certain ends, to which, if persevered in, they must lead,” said Scrooge. “But if the courses be departed from, the ends will change. Say it is thus with what you show me!”

-Ebenezer Scrooge to the Ghost of Christmas Yet to Come, in A Christmas Carol, by Charles Dickens-

The “wheel of change” in Prochaska and DiClemente’s transtheoretical model of change says there are four, five, or six stages of change and that they’re shaped like a wheel. That is, they form a circle.  So people who want to drop an addictive behavior will go through the different stages on the wheel almost like they’re sliding along it.

There’s a reason they call it a wheel: in any process of change, people spin through the process multiple times before they get to a stable kind of change. In their early research with smokers, for example, Prochaska and DiClemente found that smokers went through the wheel between three and seven times (on average, four) before they stopped smoking like they wanted to.

In this wheel, relapse is totally normal. The two researchers see it as just another stage of change. As psychologists, sometimes we tell our patients that “every relapse just gets you one step closer to recovery.”

Of course that doesn’t mean that we’re encouraging them to relapse, not at all. We’re just trying to remind them not to get discouraged and fall to pieces when they have a relapse.

Once they become conscious of the problem, they’ll go into a period that’s mostly about ambivalence, the “contemplation” stage. Someone in this stage will simultaneously think about and reject the idea of change. The best way to describe their experience is a back-and-forth between reasons to change and reasons to keep on living the same way.

Someone who has a drinking problem and finds themselves in this stage, for example, might say something like this:

As you can see, they may recognize they have a problem but they feel like they’re in control.

In the transtheoretical model of change, the preparation stage is like a window of opportunity. It makes way for a new phase of life. If someone in this stage manages to enter the action stage, their process of change will move forward. If they don’t, they’ll go back to the contemplation stage.

The “action” stage is what most people see as the stage where therapy starts. This is where people start to take certain actions that will help them change.

For example, most people who stop smoking do it on their own. The goal during this stage is to create a change in the problem you want to solve. But just having the intention to change doesn’t guarantee that you’ll maintain that change over time.

In this stage the challenge is to maintain the change you achieved in the last stage, and to not relapse. Quitting drugs, drinking less, and losing weight are all early stages of change. What comes next is maintaining this change.

Lastly, if you have a relapse, your next job will be to get right back on the wheel before you get stuck in this stage. Falls and relapses are totally normal. You should expect them when you try to change any behavioral pattern you’ve had for a long time.

To conclude, the transtheoretical model of change has a few stages that always move in a circle. Someone who wants to change an addictive behavior will go through these stages in their own way until they finally manage to maintain their change.

What Are Our Addictions Hiding?
Addictions are behaviors that generate a dependence on substances, actions or even people. Addicts are so hooked, their lives revolve around the addictions. Read more »
Link copied!
Interesting Articles
Psychology
I Agree to You Protecting Me, But Not Controlling Me

People surrounded by catastrophic thoughts tend to see dreadful consequences in all events. If their stomach hurts, they are afraid…