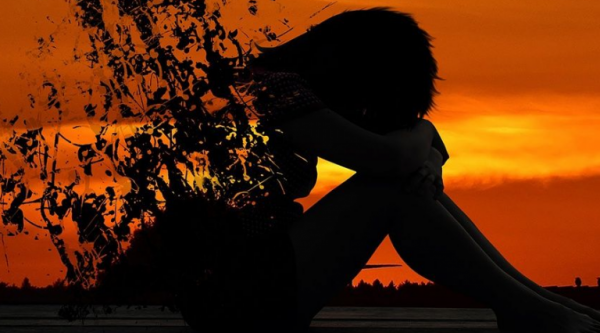 It’s important to always have some positive statements about anger on hand to remind us of all the damage this emotion can cause. This doesn’t mean we should never get angry, because that’s impossible. However, it is possible to not let the impulse of anger take over.

Most statements about anger don’t say we shouldn’t experience it. They simply advise against letting it consume us. The consequences of uncontrolled anger are usually very negative.

Our initial anger impulse shows up in the face of direct threat or frustration. Our upbringing and education teach us to moderate these reactions and transform them into appropriate responses. However, we can learn to process anger at any age. Here are some statements about anger that can help us do just that.

Statements about anger that say “wait”

When you’re angry, don’t talk, don’t do anything. You’ve always known this because people say it all the time. That’s why you should keep in mind Seneca‘s anger statement. It says: “Against anger, procrastination.” Wow. There’s no better way to avoid the consequences of anger than to wait before reacting.

Thomas Jefferson said something similar. His advice was: “When angry count to ten before you speak. If very angry, count to one hundred.” This is a great tip.

One of the most disturbing aspects of anger is that although it’s aimed at someone else, it ends up hurting the one who is angry. Florence Scovel reminds us of this in her statement. She said: “Anger alters the vision. It poisons the blood. It’s the cause of disease and decisions that lead to disaster.”

Mark Twain raises a similar point. He said: “Anger is an acid that can do more harm to the vessel in which it is stored than to anything on which it is poured.” Anger burns the one who feels it. It damages your thoughts and your emotions. Taking it out on another person may affect them, but it will always affect you more.

This is confirmed in a statement about anger from the Dalai Lama. He pointed out the following: “Success and failure depend on wisdom and intelligence, which can never function properly under the influence of anger.”

His point is crystal clear. When we’re angry, our ability to be assertive and successful is limited. We forget what we know and don’t reason. It’s impossible to get good results under those conditions. You’ll actually get the opposite. In essence, it’s like trying to vent your anger by drowning in it.

Anger comes from weakness and inferiority

The Dalai Lama is a scholar very outspoken against emotions such as anger. Another one of his statements is: “Anger is born of fear and a feeling of weakness or inferiority. If you have courage or determination, you’ll feel less and less fear and, as a result, you’ll feel less frustrated and angry.”

There’s a lot of wisdom in that statement. It shows us that anger comes from fear. Anger appears when someone feels afraid. The fear can be objective or subjective. But, in any case, it implies that the person feels inferior and feels that they may not be able to face the threat.

If there’s an emotion that we must work on, it’s anger. The goal is not to allow it to take over and make you do or say something impulsive. The consequences are often very negative. If you make reacting aggressively a habit, hate will take a hold of you over time. And, before you know it, you’ll end up lonely and bitter.

Why Anger is Poisonous For Our Minds and Bodies
There are many different types of anger, ranging from annoyance to full blown rage. If we don't try to control our anger we could be doing serious damage to our bodies. Read more »
Link copied!
Interesting Articles
Self-esteem
Self-Esteem and Ego: 7 Differences

Some people might still think that self-esteem and the ego are one and the same. It makes perfect sense if you…

Wellness
I Have No Social Skills, What Should I Do?

Although social skills don't have a clear definition, everyone talks about them. Social skills are a set of behaviors that…

Wellness
We Don’t Lose Anyone, Because Nobody Possesses Anyone

Ownership has become an obsession in capitalism. People think the essence of who we are depends on what we have. We…

Healthy Habits
Visualization Exercises: Imagine that You're a Rose