The Polygraph: Is it Effective? 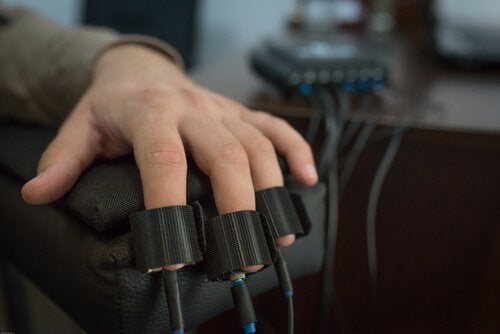 The polygraph, commonly known as the “lie detector” is an instrument that has its origins in the 20th century. Its linguistic etiology derives from poly meaning “many” and graphs referring to graphics and writing. Therefore, we can say that the polygraph is the machine responsible for generating many graphs simultaneously. But what do these graphs measure? They simply determine the physiological response that the interviewee is experiencing.

The polygraph machine comes from the idea that emotions can manifest in our body’s responses. For example, if I feel fear, that fear will result in sweating, increased heart rate, and agitated breathing. Above all, the polygraph is most commonly used on people who are suspected of having committed a crime. Law officials use it to determine if the accused is telling the truth or lying during their testimony.

A brief history of the polygraph

From the 20s, people began to try to create a machine that could detect deception. This is how we saw the birth of the polygraph. William Marston was in charge of creating the project. He created a deception curve based on different blood pressure measurements. However, scientists didn’t accept the results of his lie detector as proof. In fact, the scientific community didn’t approve it as a legitimate procedure.

Later, Larson, a psychiatrist and policeman from Berkeley, built a modified version of his predecessor’s lie detector. With this, he wanted to modernize the security forces and avoid the brutality the administrators would sometimes use to get testimonies. Along with blood pressure, he introduced another measure: the respiratory rhythm. He added this with the intention of increasing the accuracy of results. Thus, in 1924, the police began to use the polygraph in their investigations.

How does the polygraph work?

There are two tests within the polygraph that are used frequently. The way they work is different. However, both are based on formulating questions with the aim of creating certain emotional alterations in the suspect. The idea is to make the suspect manifest their emotions in their physiological responses.

This is the most frequently used test. It has three different types of questions that the interviewer asks: the irrelevant, the relevant, and the control questions.

These are questions that aren’t going to give us any kind of important information. These are general questions and aren’t related to whatever case the interviewer is investigating. The interviewee isn’t expected to show any kind of arousal or activation when answering these questions.

These questions are actually related to the investigation. They’re specific questions about the event that happened. We should expect the answers to be negative (to give an affirmative answer would suppose to admit the facts). The guilty person will experience a greater level of activation (both emotional and physiological).

These are extremely ambiguous questions. They are very imprecise. The questions are intended to be impossible to answer in a negative way without doubting the response itself. They mostly refer to very distant facts.

They don’t have any kind of relationship with the case, but they can refer to things the person did some time ago that could present some similarity with the event that happened. For example, if the crime was a murder, the interviewer asks the interviewee if they ever have hurt someone during their life. With this question, a guilty and innocent person would present the same level of arousal.

The interviewer is looking for an innocent person to present a greater activation level during the control questions. Because these questions are more ambiguous, they’ll be afraid of making a mistake in their response. In questions that are more relevant to the case, they answer with less activation because they didn’t have anything to do with the crime. However, the guilty party will show a higher activation during the relevant questions. This is because the body responds more to this type of question than to the control questions.

This is a test to test the culprit’s knowledge. It refers to the knowledge that the culprit has about the case. The interviewer asks several questions with multiple answer choices where only one is the correct answer.

It’s understood that the culprit will know which is the correct option to choose. They’ll present a bigger arousal when the interviewer says the correct response. However, the innocent, who doesn’t know about the case, should present the same level of activation in each and every one of the possibilities. This is because they don’t know which is correct because they don’t have knowledge about the topic. In such a way, the correct answer must be fully recognizable to the guilty party. However, the innocent person won’t know what to choose.

Limits of the polygraph

Despite the fact that we’ve been using the polygraph for years, we can’t ignore the fact that there are certain limitations that reduce the machine’s reliability. In 2003 the National Research Council created a report on the polygraph. It analyzed the psychological bases on which this instrument is based on. It also looks at the procedures it follows. These are the researchers’ most important conclusions:

Although we have only highlighted some limitations, the report points out many more. From this, we can deduce that the polygraph is far from being completely reliable. This is very worrying if we think about the many fields that use polygraphs.

The truth is that the polygraph has several deficiencies. This should trigger an alarm, since using a method that doesn’t ensure accurate results can significantly increase the likelihood of convicting someone who’s actually innocent.

Children with Disabilities and How This Situation Affects Their Families
Children with disabilities can be a great joy, but understanding the family effects is essential to better manage the associated challenges. Find out more! Read more »
Link copied!
Interesting Articles
Culture
The Sex Raft: An Odd Experiment

Culture
Androphobia: The Fear of Men

There are all kinds of phobias. However, one of the most striking and surprising is androphobia, the fear of men. Those who suffer from androphobia experience feelings of intense panic…

Resting properly is really important for our physical and mental health. Getting six to nine hours of deep sleep a day has a fundamental impact on all aspects of our lives.…