Peter Gøtzsche and His Criticism of the Pharmaceutical Industry

Peter Gøtzsche has conducted thorough investigations that led him to denounce unethical and risky practices in the production of medicines. His work has caused great controversy but hasn't been scientifically refuted. 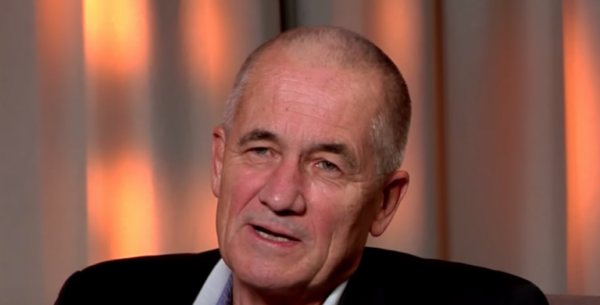 Peter Gøtzsche is an expert in pharmacological treatments who developed important research on this subject. His views on the subject have sparked serious controversy in the world of medicine and psychiatry. A large part of the scientific community is divided between those who love him and those who want to outlaw him.

The most relevant aspect of Gøtzsche’s work is that, as a prestigious doctor and scientist, he’s been a strong opponent of the pharmaceutical industry. He doesn’t rely on his own opinions, but on long-term studies that support all his claims. The fact that a doctor with his knowledge has done this is a serious setback for drug manufacturers.

“What we need to do is to identify over-diagnosed and over-treated patients and teach them that a life without drugs is possible for most of us.”

Peter C. Gøtzsche became famous in the 1990s when he founded the Nordic Cochrane Center in Copenhagen with some of his colleagues. This organization is one of the mainstays in the area of evidence-based medicine. Gøtzsche was a member of its board until 2017, when he was expelled by his colleagues. This occurred because of the heated controversy that his work triggered.

Peter Gøtzsche and a controversial work

For many years, Peter Gøtzsche has been reviewing the true effectiveness of various drugs and medical procedures. His research has gathered thousands and thousands of data on this subject. In particular, there are two studies that caused a stir in the scientific community. One is on mammography, and the other on antidepressants.

In the case of mammography, Gøtzsche showed that it was basically useless. His job was to carefully evaluate eight of the studies that supported this procedure as a measure to prevent breast cancer. He examined data covering a 12-year period and concluded that, in short, mammograms are useless. Many of his colleagues reacted angrily to this research.

Gøtzsche studied the issue of antidepressants in depth. After thorough research, his conclusion was that these types of drugs caused far more harm than good. He strongly criticized the way they’ve ended up being massively prescribed around the world.

He also said that, in general, psychiatric drugs end up exacerbating the symptoms they’re intended to fight. In addition to this, he also denounced the fact that several of the psychiatrists who write the DSM are simultaneously employed by pharmaceutical companies.

He sets out the conclusions of the 40 meta-analyses he carried out on drugs in his book Deadly Medicine and Organized Crime. The title alone gives an idea of the strong criticism it contains. Basically, he describes the pharmaceutical industries as a mafia. A mafia that’s taken over medicine and which has no other objective than to profit on a large scale.

In this research, he states that “in the United States and Europe, drugs are the third cause of death after heart disease and cancer”. He also gives a detailed description of how he arrived at that conclusion, based on a rigorously applied scientific method.

He found, among other things, that the bulk of the studies that serve as support for the new drugs have serious flaws. Despite this, they still go on to the market. Most people don’t know, and have no way of knowing, the adverse effects they cause. That’s why he uses the term “organized crime” for these practices.

What Peter Gøtzsche ultimately demonstrates is that, regarding medicine, there are huge economic interests. This can even prevent people from taking legal action against the companies concerned. He mentions the case of a large American pharmaceutical company in considerable detail, highlighting the independent investigations that revealed great deception regarding the products it puts on the market.

However, the prosecutors in charge of the case concluded that the collapse of that company would have undesirable effects, and so they decided to close the case. They only asked for certain products to be withdrawn from the market, and the matter was settled.

This allegation of corruption brought Gøtzsche into sharp criticism. Despite him being one of the most prestigious professors at the University of Copenhagen, people have tried to defame him.

What Peter Gøtzsche is ultimately asking for is much tougher legislation on clinical trials for new medicine. He’s also calling for stricter regulation of the business practices of the pharmaceutical industries. Whether or not he’s right about his allegations, this request is reasonable enough for societies and governments to take them seriously.

Psychological Therapy or Drugs
The use of psychological therapy and drugs to treat psychological disorders is often the subject of much debate. The former has longer-lasting results. Read more »
Link copied!
Interesting Articles
Psychology Today
The Desire to Pretend on Social Networks