People Who've Been Hurt Know How to Survive 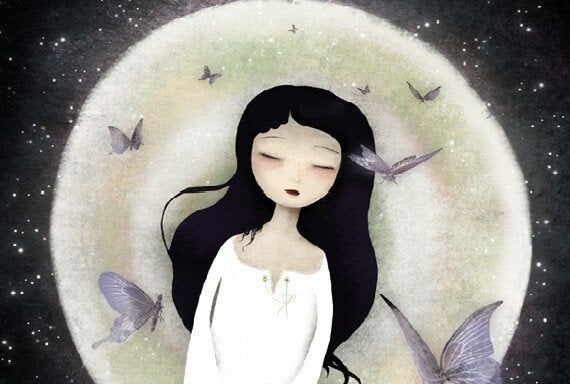 When a person has been hurt in the past, they know very well how to survive. Their skin is covered in scars and battle wounds, and their hearts are protected by rusty but resistant armor. They no longer accept lies or selfishness. These survivors know how to defend themselves from harmful words. They fend for themselves even in the most complicated situations.

This type of vital and well-known crossroads can be produced by diverse factors. We could talk about traumatic events. However, nowadays there’s a dimension that extends like an relentless virus: emotional pain. Life hurts, and it does so in many different ways. In fact, sometimes, you don’t need to receive a direct blow in order to experience a deep wound. One which no one can see, but that doesn’t mean it doesn’t hurt.

“The larger the wound, the more private the pain.”
-Isabel Allende-

Emotional blows to the heart

There is a very illustrative book on this topic, called “Microaggressions in everyday life”. In this book, they speak precisely about these small aggressions. The ones we can receive on our day-to-day lives through language and treatment. Without being direct physical hits to our bodies, they produce emotional erosion that is simply painful.

Life can hurt, and it extends its aggressive claws in diverse ways and through many varied mechanisms. So much so that many people walk through the streets with their open wounds, incapable of recognizing them but suffering through their effects through defensiveness, bad moods, bitterness and extreme fatigue.

However, those who have been capable of healing and learning from them are now cut from a different cloth. In their hearts, they have an almost magical component: resilience.

Resilience makes us special, it makes us heroes

Traumatic events, be it due to an accident, a loss, abuse or destruction suffered due to a romantic relationship, have the ability to transform us. This change can take place in two different ways. On one hand, it can keep us from enjoying life. Or, on the other hand, it can reinvent us into much stronger beings, allowing us to find other marvelous opportunities.

We need tools, the adequate psychological protection with which to propitiate a transformation that will turn us into the heroes of our own battles.

Now, something that psychologist and neurobiologists know very well is that not everyone manages to take that step. Not everyone manages to activate that survival mechanism installed within our brain called resilience. Hans Selye, a Canadian biochemist from the beginning of the 20th century, proved that resilience is, above all, a form of adapting to a stressful situation. Our sympathetic nervous system needs to “calibrate”, to recover its tranquility and balance. Therefore, it mandates certain hormones to be in charge of recovering that homeostasis after being hurt.

If the fear overcomes us we will be blocked off. We turn into stone. Factors such as our genetic inheritance oftentimes makes us have a greater or lesser disposition towards resilience. In turn, having had a traumatic childhood also causes a determined impact in our cerebral chemistry.

Toxic stress interrupts the normal development of a child’s brain. It increases their emotional vulnerability as adults. However, the good news is that despite the fact that resilience has neurological foundations that define us, their mechanisms can be trained.

Your wounds have taught you how to survive

The word “trauma” literally means “wound”. There is a wound that can’t be seen, but the impact it has extends to every aspect of our existence. Richard Tedeschi is a psychologist of the University of North Carolina and a distinguished specialist in this topic. He explains that when someone is hurt on the inside, the first thing they lose is the trust they had placed in the world.

“By the time reason finally understands what happened, the wounds of the heart are already too deep.”
-Carlos Ruiz Zafón-

Their entire belief system crumbles, and their trust in the future vanishes completely. There is no present, and much less is there a tomorrow. The work you have to put into “reconstruction” is thorough and complex. It’s not like waiting for a broken bone to heal. In truth, it’s almost like having a broken soul and having to pick it up piece by piece. We do so in order to put it all back into place again.

People who have been hurt don’t need your pity

Doctor Richard Tedeschi puts an emphasis on a very concrete mistake that society in general tends to commit. When a person has suffered through abuse during their childhood. Or when a man must deal with the loss of his partner after a traffic accident. Or when an abused woman finally leaves her abuser, it’s common for many of us that the first thing you feel is pity for them.

Furthermore, there are some people that even without saying out loud think certain phrases. “You can’t overcome something like that. They must be broken inside. Their life is over”.

They are wrong. We should never underestimate people who have been hurt or harmed by life. Cerebral neuroplasticity is infinite. The brain can reprogram itself, and resilience reinvents us. It makes us stronger and offers us a new shield. We open up the path for ourselves in order to find new kinds of happiness.