People Who Never Say Thank You

Some people never say thank you. Read on to learn all about them! 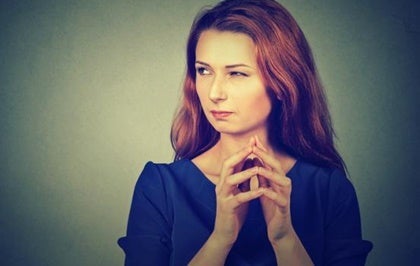 Have you ever wondered why some people never say thank you? While it’s true that you don’t need people to always express their gratitude, it’s human to expect at least a nice attitude in response to your efforts. Nevertheless, for several reasons, some people are incapable of gratitude.

You probably know someone like this. The interesting thing is that, far from being unusual, this behavior is actually somewhat common. In fact, it’s likely that everyone has a family member, coworker, or classmate who’s expressed a cold and hostile ingratitude.

These situations can be uncomfortable and painful. Ingratitude isn’t the kind of response you expect when you do something for someone else. In fact, it’s even worse when someone takes your effort or sacrifice for granted, as if you were obligated to do whatever you did.

When this happens, you probably ask yourself “Why did I do that for that person?” However, it’s important to move past that sense of embarrassment and even guilt to understand a very simple fact: it’s not you, it’s them. Ingratitude has concrete psychological reasons.

People who don’t say thank you

People who never say thank you (because they don’t want or don’t know how to) invalidate or undermine the value of other people’s positive gestures and efforts. That has an impact. Thus, they’ll eventually get back what they project to the world: mistrust and hostility.

Dr. Pinhas Berger’s study, which we mentioned above, yielded several interesting findings. The first is that it’s possible to change this kind of behavior. The reality is that people who never say thank you have significant emotional and social deficiencies.

This first piece of data is important. The authors of the aforementioned study recommend differentiating between people who might seem ungrateful in a particular moment and those who are always ungrateful.

Other factors to consider are upbringing and education. Some people simply never learned to be grateful or express gratitude for small, everyday things. No one taught them to be kind and polite. As a result, they don’t know the basics of how to behave in normal social settings.

Thus, although they might be aware that they should try to be better, this change would require a lot of effort. Not only that, but expressing kindness and gratitude from one day to the next would be too far out of character. That’s why many people never change.

Sometimes, it isn’t so much an inadequate upbringing. Instead, it’s a lack of social skills. Not knowing how to communicate, not making an effort to be polite, or not reciprocating other people’s kindness towards are aspects to consider.

A lack of empathy

Many people who never say thank you simply don’t notice or appreciate kind gestures. They lack the necessary emotional intelligence and empathy to understand other people’s kindness or efforts to make their lives easier.

They take everything that you do for them for granted because that’s what they expect. This lack of empathy can become chronic. These people can become even more demanding or hostile over time. If you start to say no to their demands at some point, they’ll react negatively.

What do to about people who never say thank you

Dr. Pinhas Berger states that it’s possible to change this behavior. A program based on social skills and emotional management could help mitigate this uncomfortable behavior.

That being said, it isn’t easy for a person who isn’t used to being kind to change their behavior. If they don’t even thank you when you get them a glass of water or pick something up off the floor, they’ll have an even harder time appreciating your sacrifices and concessions.

This is a complex subject, and each individual case has its own nuances. However, what we know for sure is that this behavior causes conflicts, frustration, and discomfort. If you find yourself dealing with this often, try to evaluate what you’re doing for ungrateful people.

Saying thank you and being grateful is the simplest way to recognize another person. It’s a way to appreciate who they are and what they do. Don’t forget this and try to practice gratitude every day!

Responding to Ingratitude
While our acts of love are not always reciprocated, and this can become very lonely, we should stay true to our good nature. Responding to ingratitude is something we can learn how to do. Read more »
Link copied!
Interesting Articles
Romantic Relationships
How To Gain Autonomy in Your Relationship

With new technology available to everyone, there are ways to make life easier, but it comes with new problems as…

Interesting Articles
Research
The Connection Between a Psychopathology and Early Deprivation