The People Who Sell You Paradise At A Price 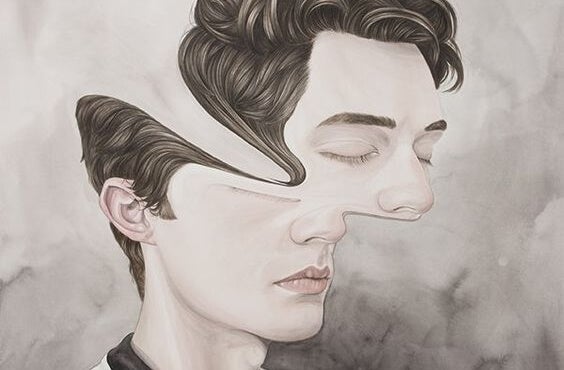 There is a wide division between an optimistic attitude that generates “good vibes” and the “positivism” with so-called magical touches that has made so much ground recently. Many of these perspectives give rise to what is called pronoia. This word refers to a state of consciousness that has practically become a creed. In it, its followers say that we must carry out some auto-suggestion rituals in order to make the universe “conspire” in our favor.

The word pronoia arises in opposition to the disorder known as “paranoia“. In the latter, delirious ideas appear, whose central problem is the conviction that the universe conspires to harm us. They interpret any difficulty or obstacle as the result of an invisible plot, without any evidence to prove it. The source of this universal conspiracy would be a “higher power”, which may well be the devil, Martians, and others.

In pronoia there is a similar mechanism, although its ideas are the total opposite. In this case there are “superior powers” conspiring to make everything go wonderfully well. And as paradoxical as it sounds, whoever takes on pronoia as a philosophy of life is also very close to falling into paranoia. This is because the logic of both mental conditions is basically the same.

Pronoia and the mentality of the new era

There is a debate about whether pronoia should be considered a mental disorder in itself or if it is just a symptom. There is no consensus on this. What exists is an agreement that it is a distorted vision of reality.

The “positive-minded” currents began to gain momentum during the eighties. This happened at the same time that the teachings of the so-called “new era” spread throughout the world. Towards the end of the millennium the idea was that there would be a change of age. A new “positive” conscience would spread across the world, they said. To get on the bandwagon of those new ideas you had to use objects and rituals that supposedly attracted “good energies”.

Many of these ideas came from some Eastern religions such as Hinduism. These were taken out of context and they spread into Western thought, which converted them into material questions and desires. The existence of the so-called “law of attraction” spread widely. According to this “law”, in order to achieve something, we must “nurture” a deep desire to achieve it. This then would lead to a greater likelihood that the wish will come true. According to these currents we can feed these through rituals of autosuggestion.

Thus, the foundations for the appearance and consolidation of the condition which is known as pronoia were laid. If you want to have a mansion, they say, you should visualize it every day in your mind. You should concentrate intently on that image and even begin to create it. If you do it correctly, the universe will hatch a plan, and sooner rather than later it will be yours.

The ideologies that promote pronoia sell hope. This, in principle, would be worthy of praise, if it weren’t for the fact that a whole market was set up around “the positive mind”. The most objectionable part of it is that in many cases they only lull people into deceiving themselves and wasting their time. Not to mention the cost of living your life from a distorted viewpoint and bearing the weight of the disappointments that result from this attitude.

From the ethical and psychological point of view this is a matter of grave concern. People are being led to believe that they can achieve their goals by simply “concentrating” on them and “visualizing” them. And on top of this they learn how to use quartz, and different methods for the “attraction of energies” and similar absurdities. This downplays the value of work, effort and perseverance. And, in the meantime, many fill their pockets.

Paradise at a price

Any ideology that sells you paradise for a price is, at the very least, suspicious. What all these tides of thought are promising is simply impossible – an absence of difficulties or effort. They’ll tell you that you have to avoid problems or keep away from those who have problems. They imply that these problems are contagious diseases. They’re selling a pig in a poke, and many are buying.

The foundation of these “positive” currents is none other than a careful marketing strategy. They know that many people in the world fear difficulties because they haven’t discovered that they can develop and build tools to cope with them. They feed people the illusion of being in a universe in which we just have to “tune in” to make our wishes come true. The truth is that they cheat people emotionally and financially. They are a complete liability.

Discover Your Abilities Using Positive Psychology
to grow through constant work, if you take this quote to heart. In this article, we're going to talk about how this idea is related to positive psychology. Read more »
Link copied!
Interesting Articles
Personal Development
7 Keys to Stop Undermining Yourself

Wellness
5 Wounds of the Soul Which Heal, but Leave Scars

In all the time that has passed since we came into this world, any number of things have gone on…

Wellness
It Doesn't Mean Anything If You Don't Feel It

Culture
Why Crises Can Bring Out the Best in Us

The word crisis derives from the Greek verb "krino", meaning "I judge and choose". This concept suggests a choice or…

Wellness
Facing Adversity: Harness the Wind by Building a Windmill

As we all know, windmills take advantage of the wind to use it for a specific purpose, such as harvesting…

Wellness
Ignore Those Who Try to Darken Your Brightness

In order to be happy, we have to ignore many people. We have to learn to live and to pay no…