Recharge Your Brain by Ignoring Your Phone for a Few Hours

Phones are no longer a technological resource, now they're friends no one wants to leave at home. However, taking a break from your phone and "going offline" will help recharge your mind and restore higher-level mental skills. 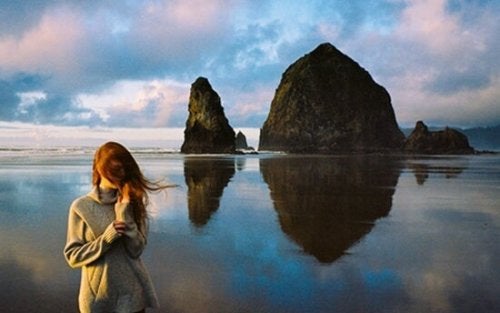 You might think that you’re capable of ignoring your phone. But for how long? One hour, half an hour, two minutes maybe? You should try to disconnect from it at some point, in order to evaluate how much you depend on it. Whether you like it or not, you live in a world where smartphones are becoming an extension of our bodies.

They’re called smartphones because they can do amazing things to make life easier. But something that psychologists have been observing is that phones are becoming a substitute for intelligence. People use them for things they themselves should do; they delegate tasks to their phones out of comfort, speed, or efficiency.

Not so long ago, almost everyone memorized their friends’, relatives’ and partner’s phone numbers. Now, we barely remember our own. In fact, people are losing certain skills when it comes to orientation, due to the constant use of GPS to get anywhere, disregarding the logical-spatial effort that entails such a task.

Furthermore, there’s another phenomenon that’s as interesting as it is alarming: smartphones are making us less productive, motivated, and are taking our energy away. How? Let’s delve deeper into this.

You must be more skillful than your smartphone to prevent it from controlling you.

Ignoring your phone for a few hours for your health

Although you may not believe this, nothing will happen to you if you ignore your phone for a while. The world won’t stop. If someone calls you or texts you, they won’t vanish simply because you respond a few hours later. Everything will stay in place, everyone will continue with their lives, and all your responsibilities will still be there.

But after you “disconnect”, you’ll see a difference. In fact, you’ll feel better, and that’s what you should aim for.

However, as logical as this may seem, the truth is that this is difficult to do. It’s so hard that you’ll tend to behave in a way you’re probably not aware of. The world has come to a point where, even in moments of inactivity and rest, people are still on their phones. During a work break, at the subway, at a queue, at the movies before a film starts… Any free second goes to looking at their phones.

The effects of constantly using phones, even in times of rest, are harmful. The brain needs to disconnect every now and then. However, if you’re stimulating it so intensely, you won’t meet that need, and the consequences are noticeable. At least that’s what some interesting studies have demonstrated.

Rutgers University in New Jersey conducted a study with a group of college students. The researchers asked half the group to rest for one hour before taking some tests. During this time, they weren’t allowed to use their phones.

Conversely, the other group was allowed to use their phones while they rested. Following these previous guidelines and after the tests, the results were incredibly striking. Students who used their phones during break time made 22% more mistakes than the ones who didn’t.

In addition, the time it took them to process and understand each question was almost double the time of those who didn’t look at their phones. These data demonstrated something that researchers already suspected: electronic devices reduce focus and effectiveness to solve complex problems. Also, ignoring your phone for at least one hour can help you recover some mental energy.

Ignoring your phone means breaking free from a proxy

Something that the aforementioned study established is that people often underestimate the resources that their phone is taking away from them. Cell phones affect people’s mental flexibility and the ability to stay focused, observe, react, get from one place to another, and even connect with others in a more humane way.

However, the answer to this problem isn’t using “less smart” phones. Technology is great and it should keep evolving the way it has until now. It’s incredibly helpful and solves major problems in the world. The key is to use it wisely. Something as extraordinary shouldn’t be harmful if you keep it under control so that it doesn’t affect your life.

Ignoring your phone for two or three hours, or for a whole afternoon, won’t hurt you. But being online constantly and in such an intense way will. It drains your brain and makes you lose momentum, skills, and even your well-being. This is something you should try to be more aware of, since, as many experts point out, people are now creating emotional bonds with their phones. It’s no longer a resource, it’s a friend you don’t want to leave home.

Reflect on this. Disconnect. Recharge yourself. Turn your phone off and start living.